Joe Exotic hopes his friendship with “90-Day Fiancé” alum Jesse Meester will get him sprung from prison with a pardon … but Jesse’s not so sure Joe Biden will grant the Tiger King’s wish.

Joe shocked the Internet Monday when he posted a shirtless pic of his “amazing dear friend” Jesse, saying Jesse was going to help get the favor from Biden. Jesse commented on the post, “It’s sad that the backstabbing and lying has become the norm [in] this society. Time to unite and fight back to get you out.”

Jesse, who dated Darcy and Jennifer on the TLC series, says he struck up a friendship with the Tiger King through a fan online, who saw his social media posts supporting Joe and connected them. He then made some friends in The White House a few years back after then-President Trump re-tweeted him and had hope for a pardon for Joe. With Joe Biden now in office, despite what Joe might believe, the pardon seems unlikely. 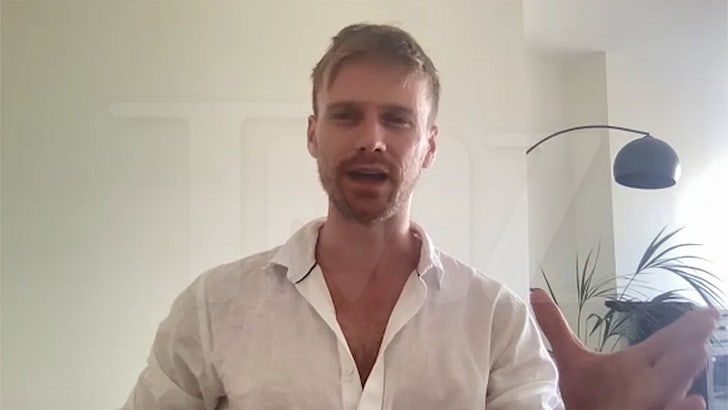 Jesse now thinks Joe’s best shot of getting free is through the legal system … based on all the new evidence he claims they’ve received. Jesse’s now using his social media to help raise awareness and fundraise for Joe’s legal expenses.

Joe’s attorney, Autumn Blackledge, tells TMZ … “Joe is always thankful to have the support of someone who desires to help him and as his attorney, welcome the public support from someone who only has Joe’s best interest in mind.”