Anne Heche suffered a catastrophic brain injury in the moments following her crash into a home, and as a result, the actress is not expected to survive … according to her rep.

In a statement released Thursday night, Anne’s rep tells TMZ, “Unfortunately, due to her accident, Anne Heche suffered a severe anoxic brain injury and remains in a coma, in critical condition. She is not expected to survive.”

Plans have been put in place to possibly donate Anne’s organs, the rep continues, “It has long been her choice to donate her organs and she is being kept on life support to determine if any are viable.”

They say, “We want to thank everyone for their kind wishes and prayers for Anne’s recovery and thank the dedicated staff and wonderful nurses that cared for Anne at the Grossman Burn Center at West Hills hospital.” 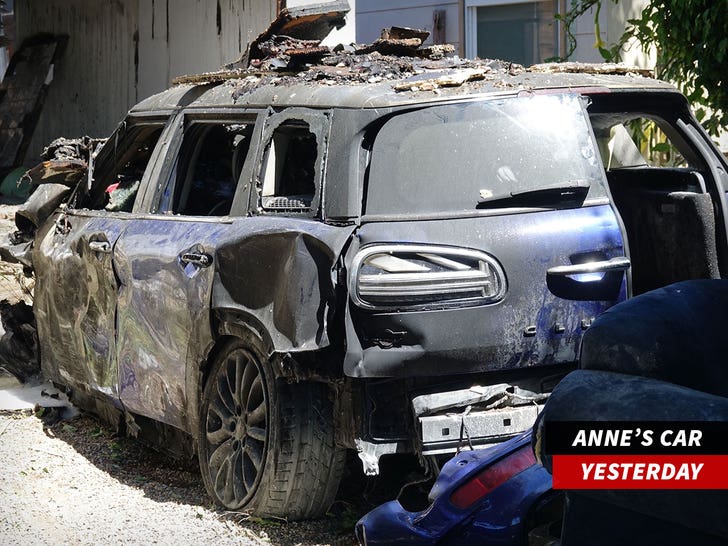 TMZ broke the story … Heche committed at least two separate hit and runs Friday in her Mini Cooper before crashing into a home and causing a fiery blaze. LAPD sources tell us a blood test determined the actress was under the influence of cocaine and possibly fentanyl at the time of the crash.

Her rep finishes, “Anne had a huge heart and touched everyone she met with her generous spirit. More than her extraordinary talent, she saw spreading kindness and joy as her life’s work –especially moving the needle for acceptance of who you love. She will be remembered for her courageous honesty and dearly missed for her light.”