As their billionaire boss Jeff Bezos, 58, swans around London, Amazon staff walk out in their hundreds over 35p hourly pay rise

Contents hide
I. As their billionaire boss Jeff Bezos, 58, swans around London, Amazon staff walk out in their hundreds over 35p hourly pay rise
I.I. Share or comment on this article:
I.II. Give This Article A Share:

By John Abiona For The Daily Mail

Amazon workers across the UK have walked out in protest over pay – while their billionaire boss gallivants around London with his girlfriend.

More than 700 staff in Tilbury, Essex, have stopped work after revelations that their starting hourly rate would rise by a measly 35p to £11.45 from £11.10.

Workers in Coventry, Bristol and Rugeley, Staffordshire, have also protested to secure higher pay. But the biggest incident took place in Essex where footage of staff who sat in the canteen and refused to work went viral on social media.

One worker from Tilbury said that those in the warehouse had been anxious for some time about their pay because of increasing bills at home and because they had been expecting a ‘substantial increase’ of at least £1 an hour. 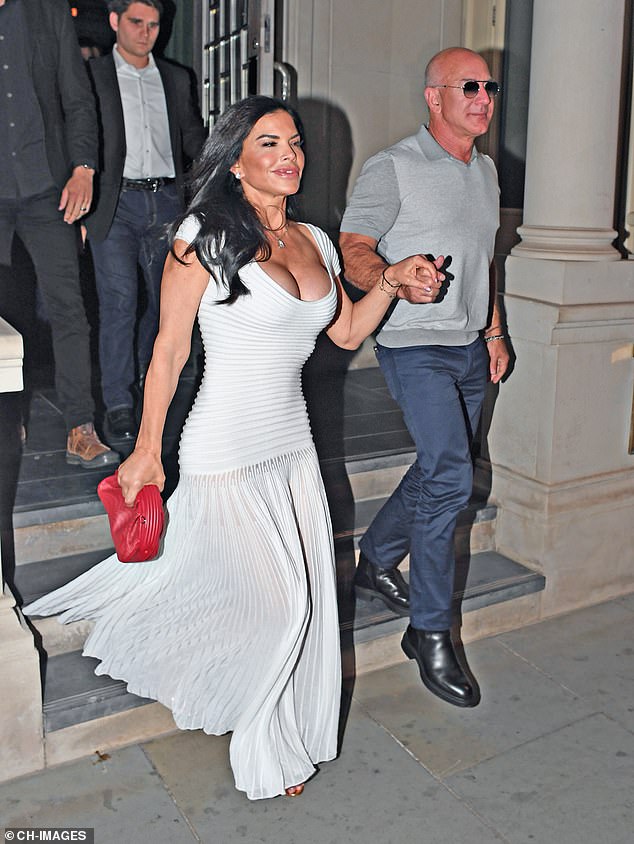 The news came as Amazon boss Jeff Bezos (right), who is worth around £137billion, was spotted restaurant hopping around London as part of a lavish trip with his girlfriend Lauren Sanchez (left) 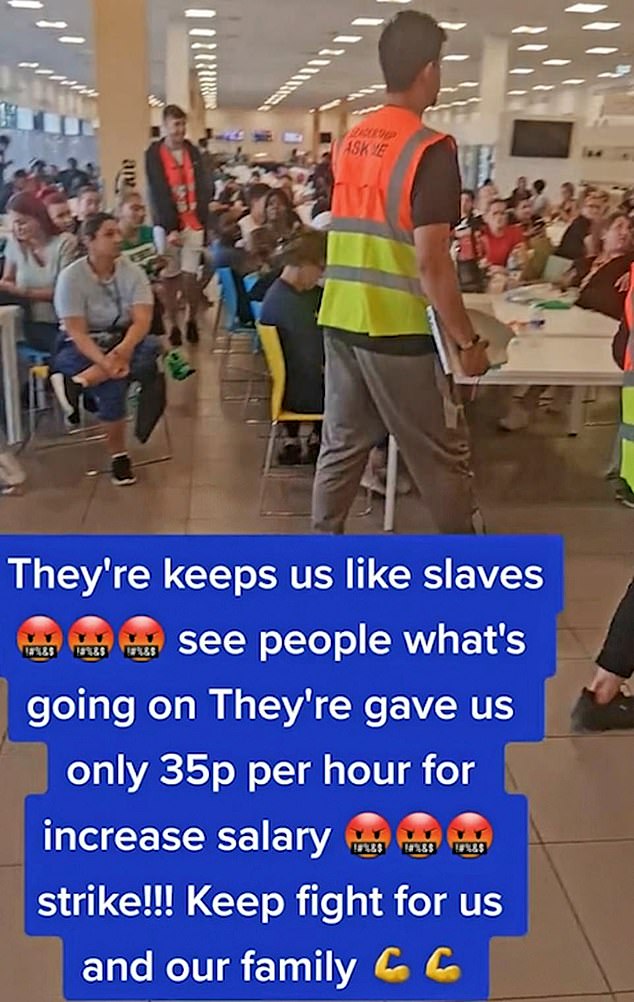 Amazon workers across the country have stopped working in a dispute over pay. Footage of staff who sat in a canteen and refused to work in Essex went viral

‘For all this just getting 35p, it’s an insult. It’s like 3 per cent compared with skyrocketing inflation and it’s almost like getting a pay cut. I am getting stressed out and anxious just thinking about high energy bills and that 35p is not going to cover anything.’

It came as Amazon boss Jeff Bezos, who is worth around £137billion, was spotted restaurant hopping around London as part of a lavish trip with his girlfriend Lauren Sanchez.

Bezos, 58, was seen with Miss Sanchez, 52, at the trendy Ham Yard Hotel in Soho earlier this week in a break that has included a private tour of Buckingham Palace and dinner at The Twenty Two restaurant where Tom Cruise also dined. The couple have also been pictured strolling through Mayfair with Mr Bezos wearing white jeans worth £600 while Miss Sanchez was carrying a pink crocodile Hermes Birkin bag costing around £87,000.

Union bosses have called for Amazon workers to get a £2-an-hour rise as soaring inflation and the cost of living squeeze continue to bite. The US tech and retail giant saw its UK sales top £23billion last year.

GMB regional organiser Steve Garelick said: ‘Amazon is one of the most profitable companies on the planet. With household costs spiralling, the least they can do is offer decent pay.

‘Their repeated use of short-term contracts is designed to undermine workers’ rights.

‘The image the company likes to project, and the reality for their workers, could not be more different.’

Earlier this year staff across the Atlantic voted to form a union and force the company to improve its standards on pay and breaks. But Amazon does not recognise trade unions in its UK warehouses.

A spokesman said: ‘Starting pay for Amazon employees will be increasing to a minimum of between £10.50 and £11.45 per hour, depending on location. This is for all full-time, part-time, seasonal and temporary roles in the UK.

‘In addition to this competitive pay, employees are offered a comprehensive benefits package that includes private medical insurance, life assurance, income protection, subsidised meals and an employee discount among others, which combined are worth thousands annually, as well as a company pension plan.’