The British tourist killed by a helicopter’s spinning rotor blade in Greece has been pictured posing with his friends on the party island of Mykonos before his fateful journey to Athens.

Jack Fenton, 22, was struck when he walked behind the Bell 407 helicopter while its engine was still engaged at 6.20pm in Athens yesterday, after flying back from the tourist hotspot with three public schoolboy friends.

Greek investigators had said the Oxford Brooks student ran back on to the tarmac after disembarking so he could take a selfie, despite warnings from ground crew, and accidentally ran into a whirring blade.

But Jack Stanton-Gleaves, 20, who was in the helicopter along with friends James Yeabsley, 19, and former Bournemouth University student Max Savage, 20, rubbished the police version of events.

Jack, whose father Robin Stanton-Gleaves is owner and chairman of National League side Bromley FC, told MailOnline: ‘No instructions were given when exiting the helicopter and no one escorted us to the lounge. All they did was open the doors for us.

‘We disembarked on our own and no one stopped Jack from going to the rear of the helicopter. None of us reached the lounge before the accident happened.

The pilot and two ground crew testified today, and could face negligence or manslaughter charges if they told the passengers to disembark when it was not safe.

Jack’s mother Victoria, speaking from her home in Tonbridge, Kent, told MailOnline how the family are ‘completely devastated’ by the loss of their ‘wonderful boy’ who attended the £36,000-a-year Sutton Valence boarding school in Maidstone. 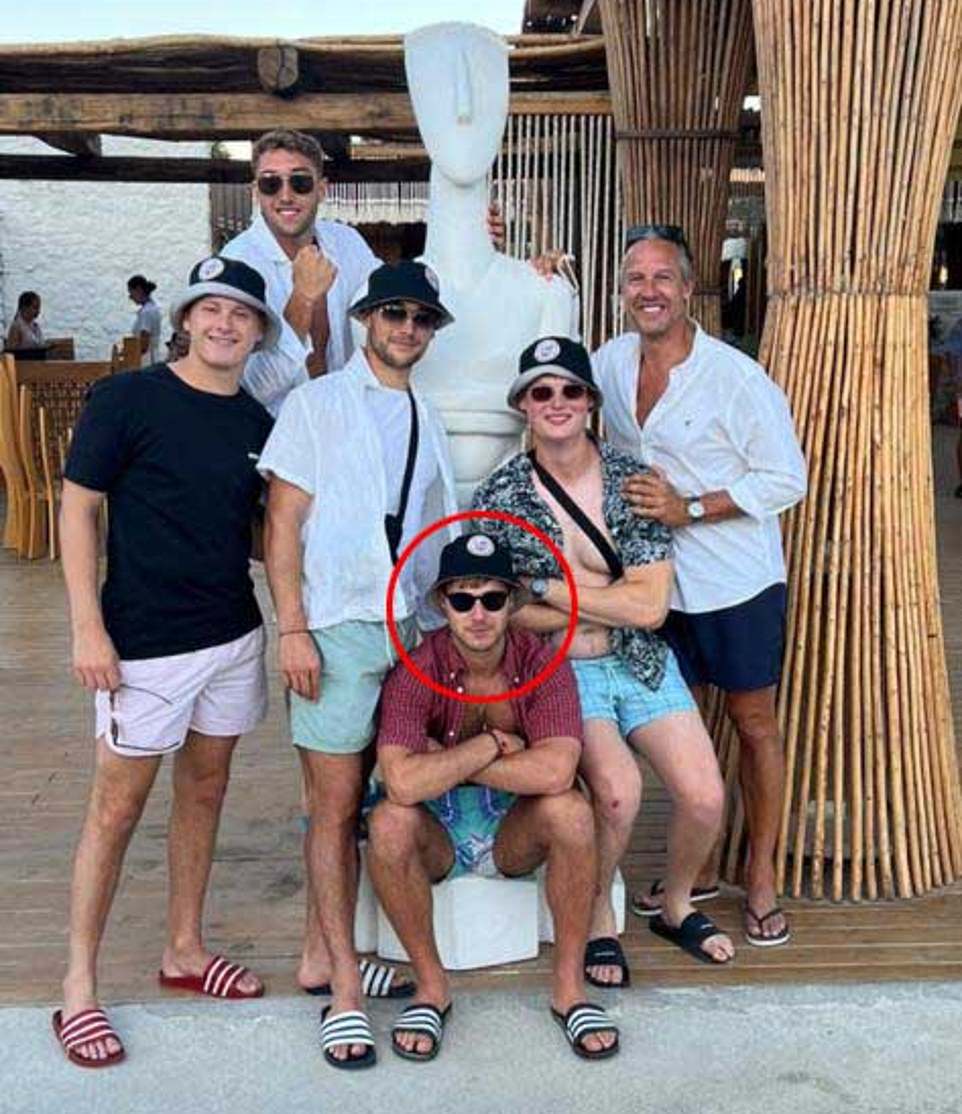 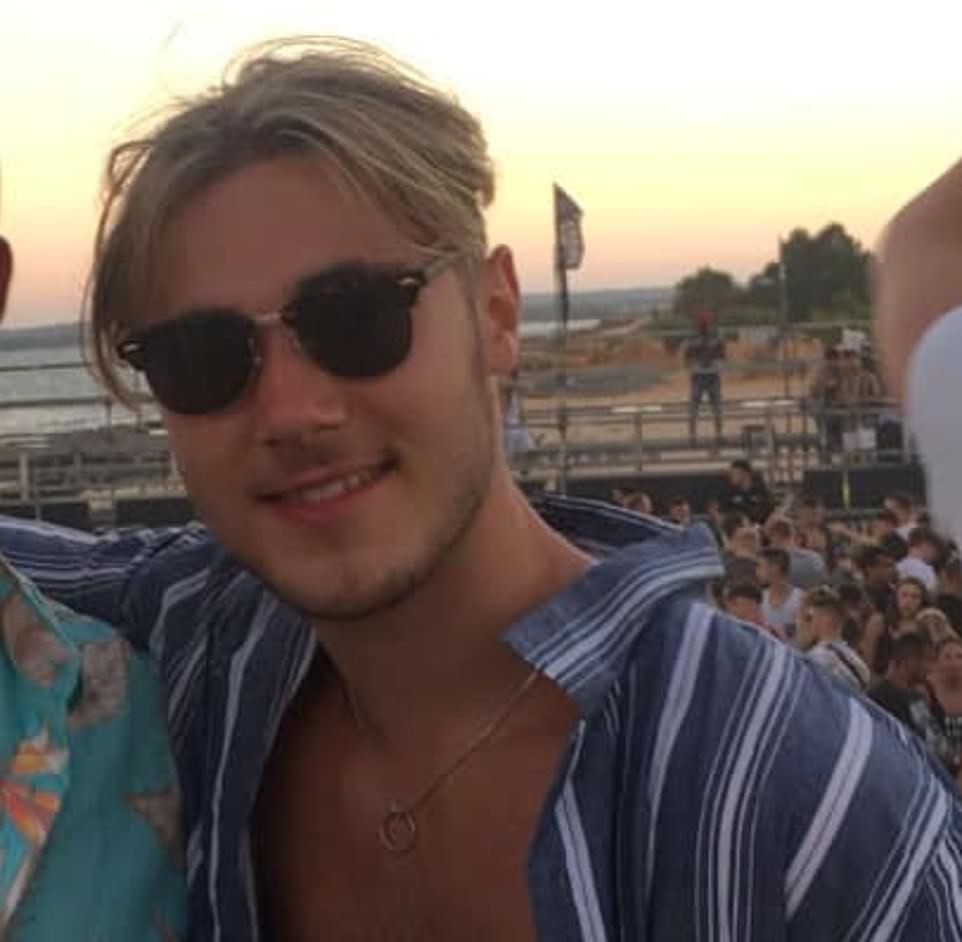 Former public schoolboy Jack Fenton (pictured), 22, was struck when he walked behind the Bell 407 helicopter 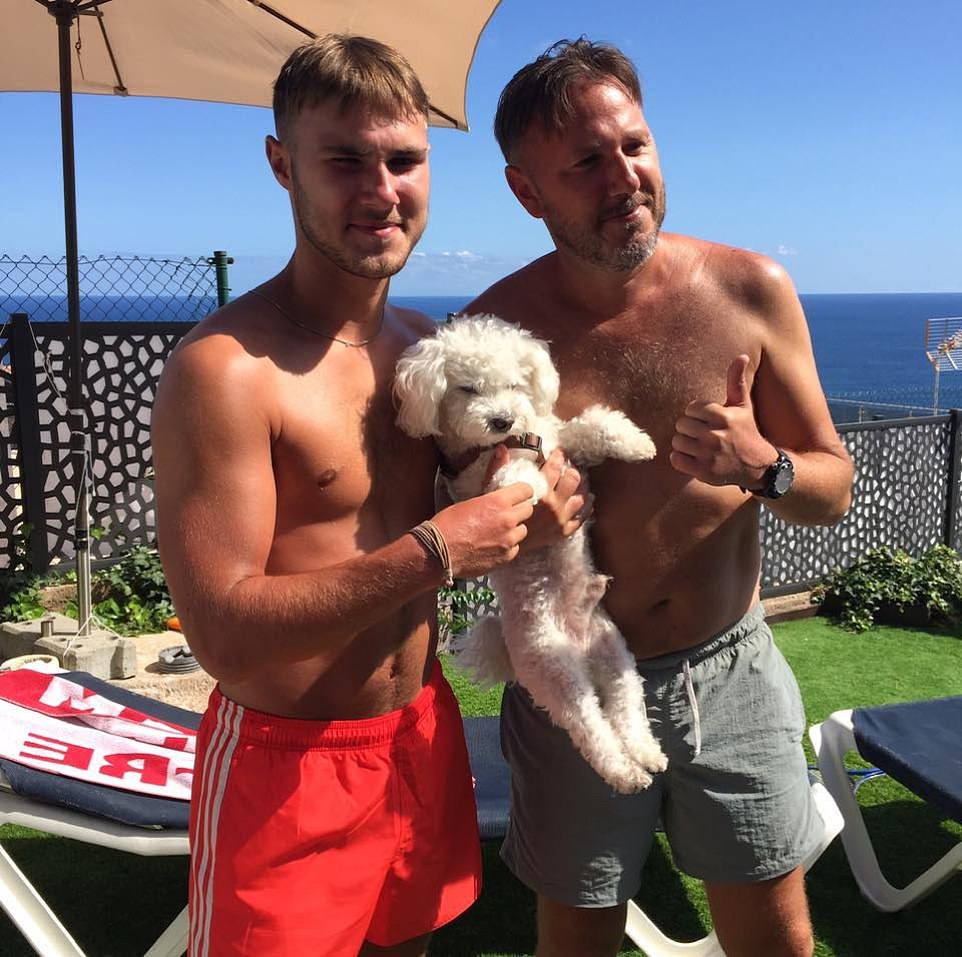 Jack Fenton’s father, Miguel, is head of marketing, sales and PR at The Hop Farm, a 400-acre country park and visitor attraction in Beltring, near Tonbridge, Kent (pictured together) 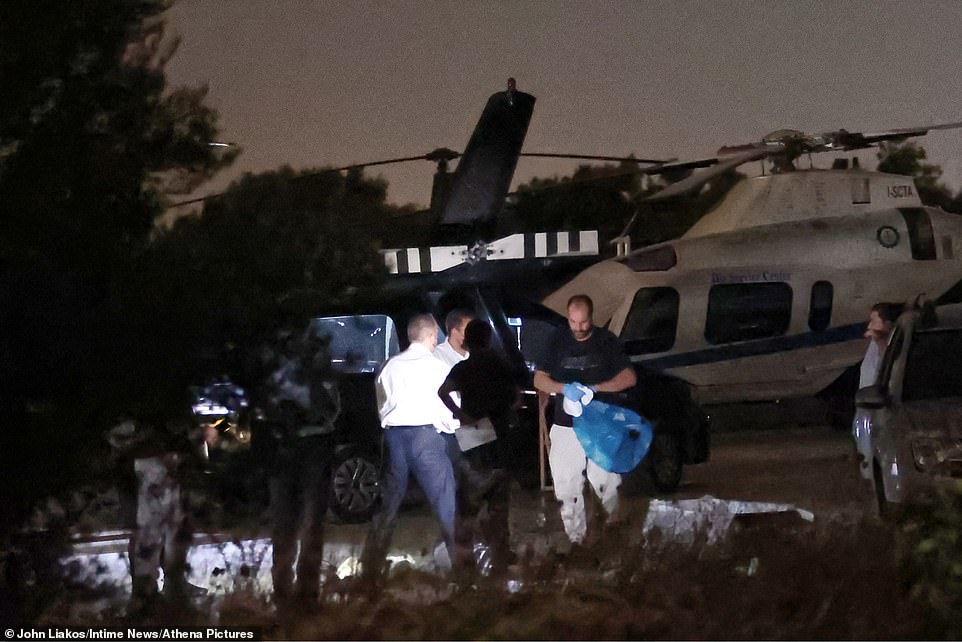 Emergency services are pictured last night at the scene of the incident involving the Briton who died when a rear helicopter rotor hit him in Spata, near Athens, Greece 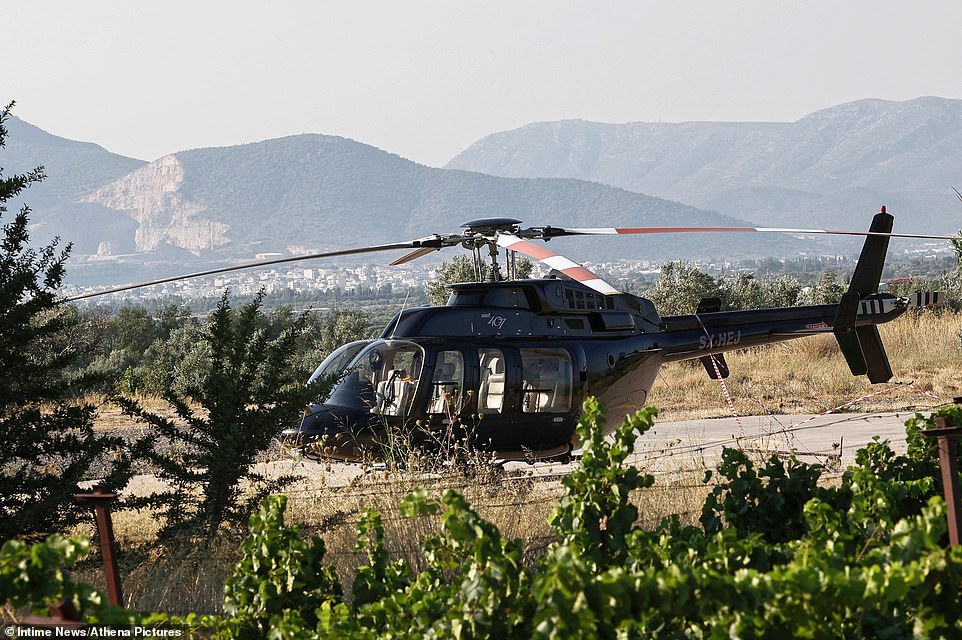 Pictured: The Bell 407 which was involved in the accident, with red police tape wrapped around the tail 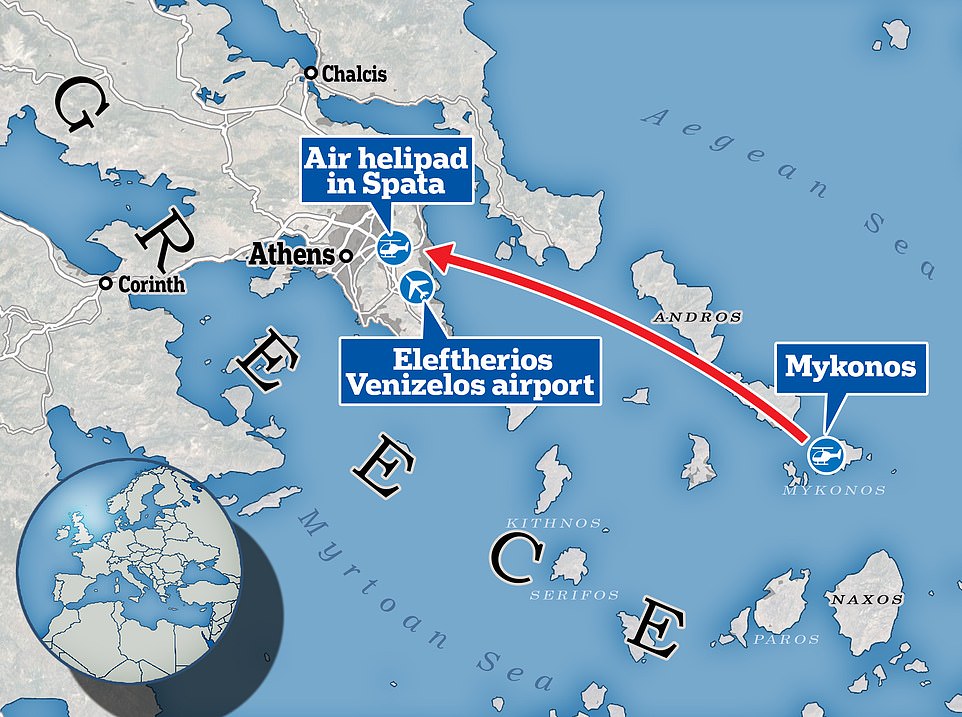 Ioannis Kandyllis, president of Greece’s committee for aviation accidents probing the incident, said earlier today that Jack defied orders by running back towards the helicopter with his phone to his ear.

He claimed: ‘All four passengers had disembarked and were escorted to a private lounge awaiting a private flight for London.

‘But as they were in the lounge the victim broke away and returned to the tarmac rushing to the helicopter at a fast pace.

‘Witnesses we spoke to said he was had a phone to his ear and was walking fast to the aircraft, defying ground crew shouting to him ‘Stop!,’Stop!’

‘Within seconds the tragic accident occurred. It was horrific.’

Emergency services were called to the private heliport on the outskirts of the Greek capital but the 22-year-old is thought to have been killed instantly.

His mother Victoria said today: ‘We only found out what happened at 10pm last night. We are completely devastated. He was the most wonderful boy.

‘I think the pilot is in custody, but it was the most horrible of accidents by the looks of it.

‘Jack had travelled to Greece with some of his friends, a couple who were celebrating birthdays out there. 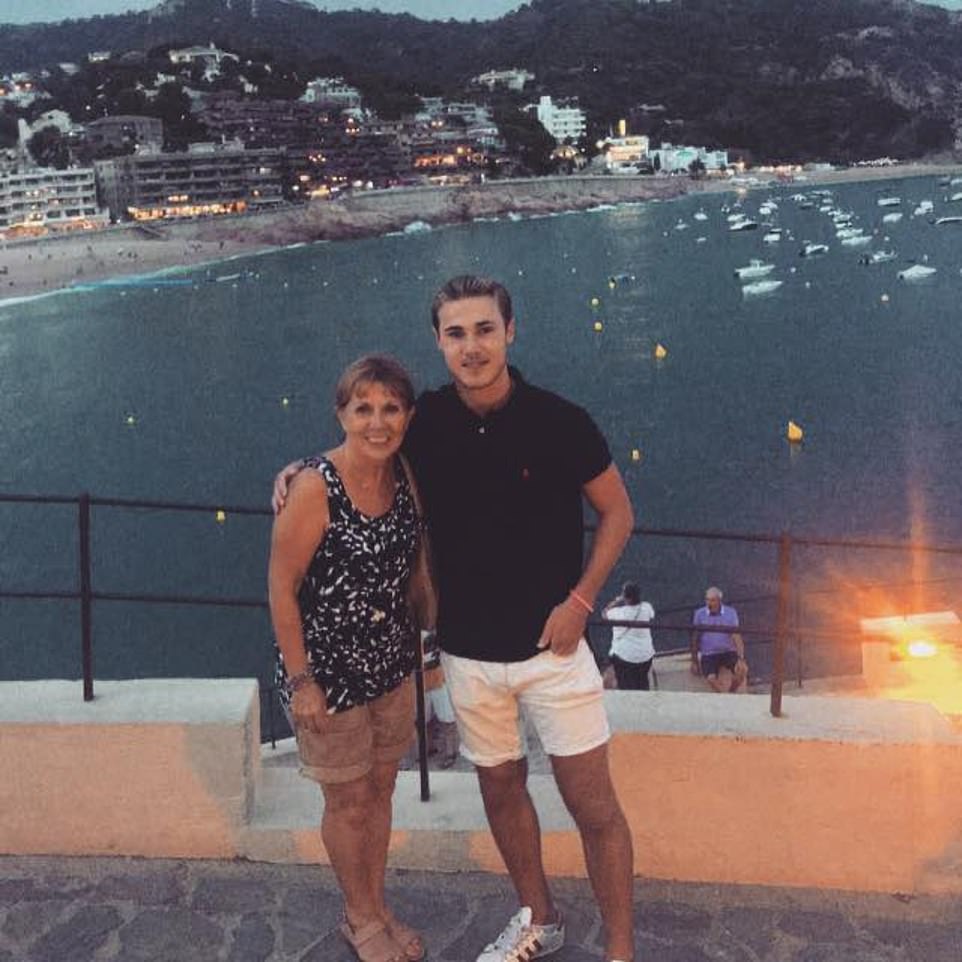 The Oxford Brookes university student, who went to the £36,000-a-year Sutton Valence boarding school in Maidstone, Kent, walked behind the Bell 407 helicopter while its engine was still engaged 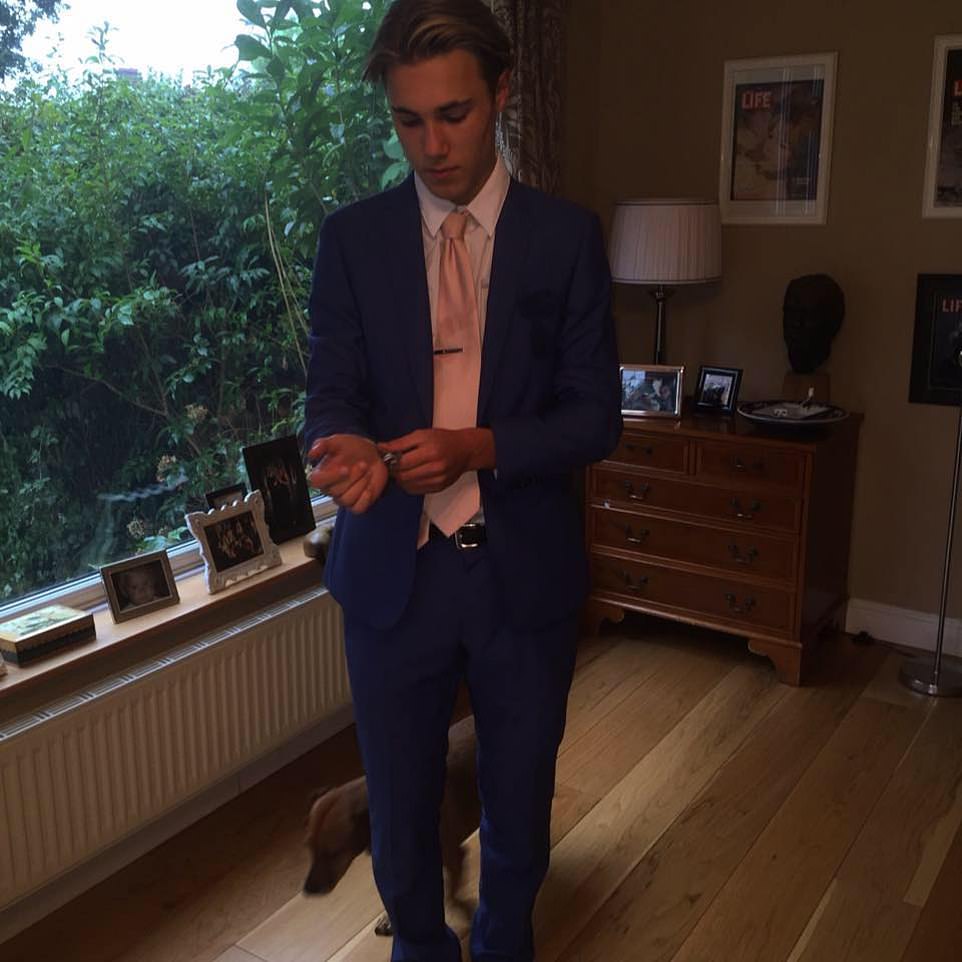 ‘His family have stayed in Kent. We didn’t go to Greece. A father of one of his friends was with them.

‘He had got off safely when it landed in Athens but for some reason went back behind the helicopter and it was the rear propeller which killed him. It was instant.

‘He’d been out the night before but hadn’t had anything to drink all day yesterday except for water. He and his friends were all sober.’

A following helicopter carrying Jack’s friend’s parents was advised to land at a separate airport so they could avoid the gruesome scene at the helipad.

Mr Kandyllis said the pilot and the two ground crew members at the private heliodrome in Paiania, northeast of Athens, testified before a prosecutor, providing also detailed accounts to the committee investigating the causes of the unprecedented accident.

Mr Kandyllis said all safety regulations were followed in the landing of the Bell helicopter and disembarkation of its four passengers. 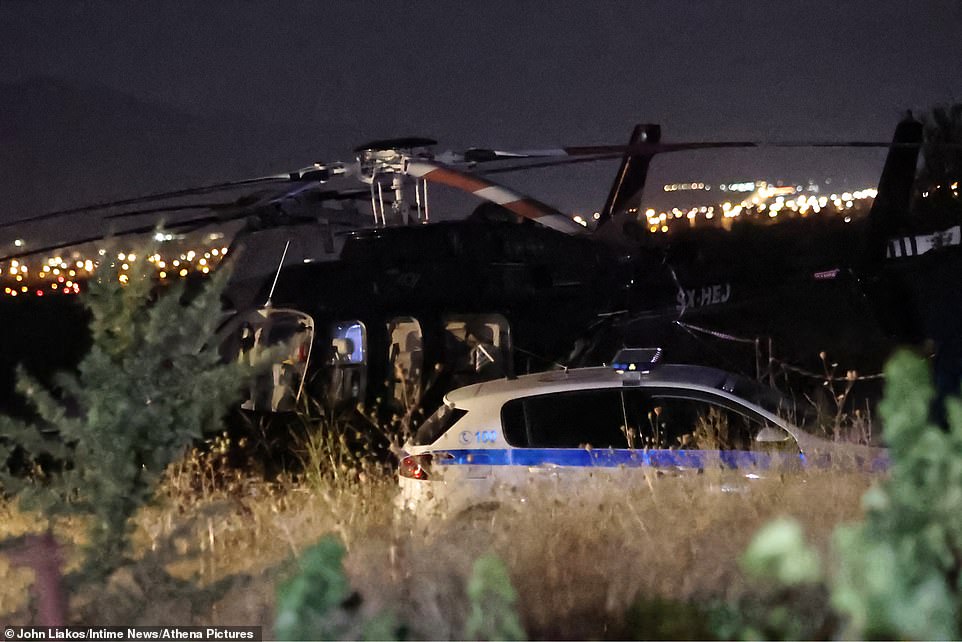 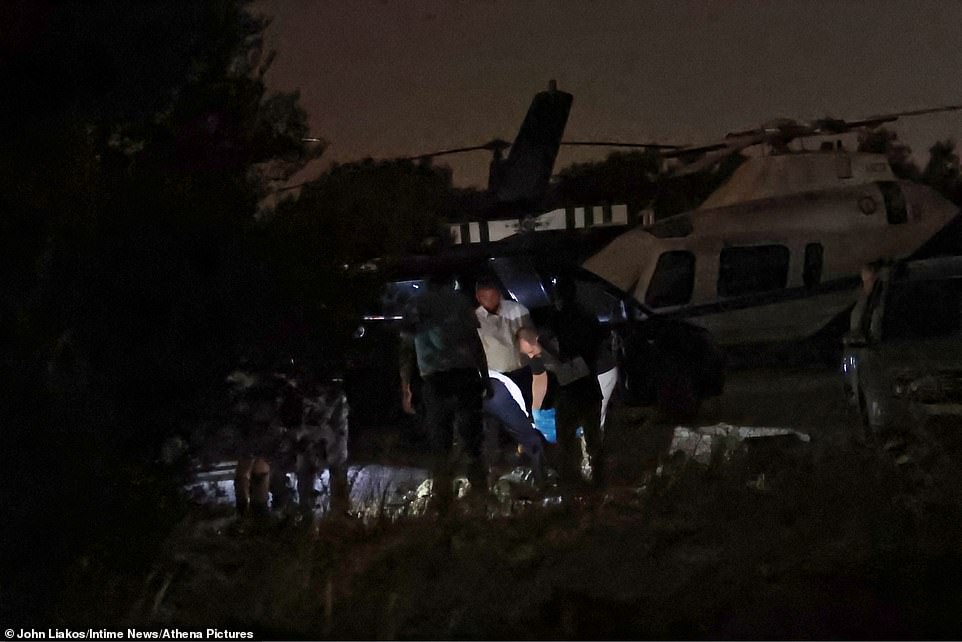 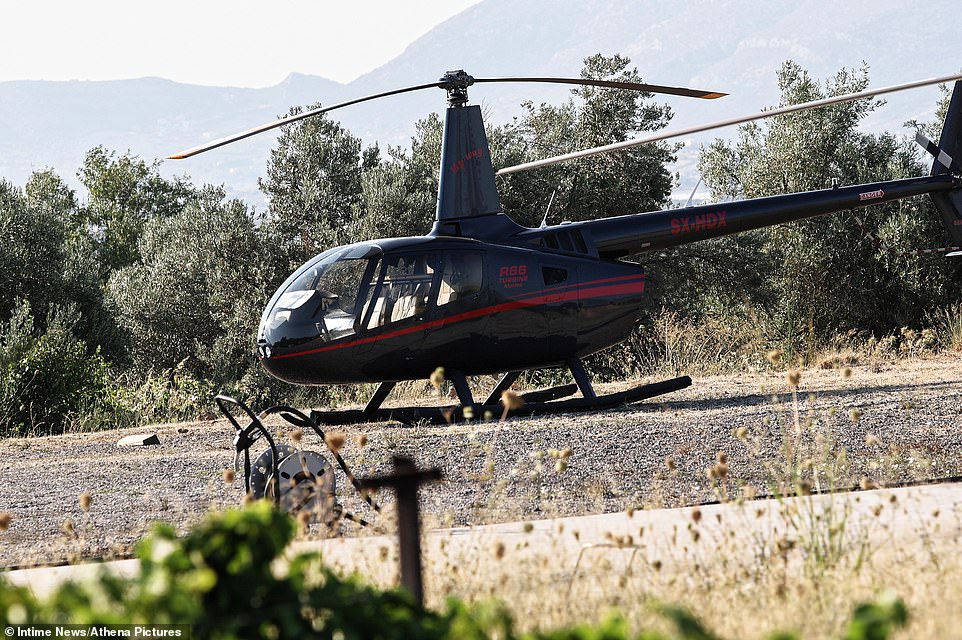 He said: ‘Aviation regulations require disembarkation to take place either when the helicopter’s rotors have completely stopped, or when expert crew accompanies passengers off.’

‘In this case, both left and right doors were used by passengers to disembark. They were all escorted safely to the seating lounge.

‘It is after, when the tragedy occurred.’

The group had intended to disembark at the Superior Air helipad before being chauffeured to Eleftherios Venizelos airport where they would board a private jet for a return flight to the UK.

All three are believed to have been schoolfriends of Jack’s from Sutton Valence.

A statement from Sutton Valence headmaster James Thomas said: ‘Our School was very sad to hear the tragic news about Jack this morning.

‘He was a very popular member of the community, and we have sent our condolences to the family.

‘Our thoughts and prayers are with all those affected by the incident.’

Jack Fenton’s father, Miguel, is head of marketing, sales and PR at The Hop Farm, a 400-acre country park and visitor attraction in Beltring, near Tonbridge, Kent.

A spokesperson at the Hop Farm told MailOnline: ‘This is a personal matter, nothing to do with the business and we have no comment.’

Until 1997 the farm was known as The Whitbread Hop Farm and was owned by the brewery and boasts the largest collection of oast houses in the world.. 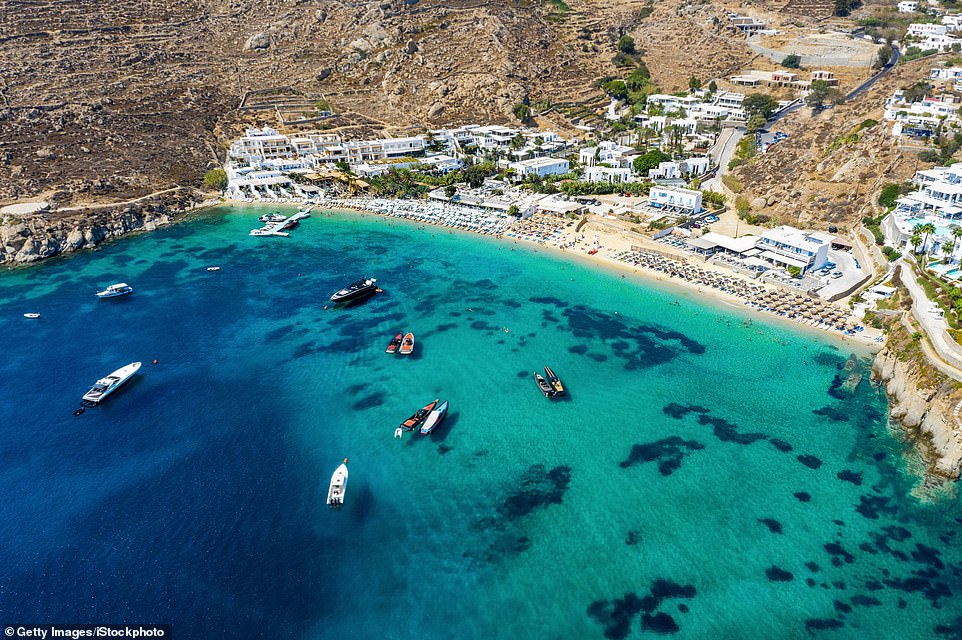 The rotors tend to continue for around two minutes after the engine has been switched off, unless the pilot presses a button to stop them at around 50 seconds.

Pilots should thoroughly brief their passengers to stay inside until all movement has ceased, but the helicopter has no locks and no crew other than the pilot to shepherd the passengers.

The President of the Union of Police Officers of Southeast Attica George Kaliakmanis told MailOnline: ‘To my knowledge the type of helicopter Bell 407 doesn’t lock from the inside.

‘So now the investigation will focus on the safety measures taken from the pilot. Did he tell them to wait or not?

Sources said the 115-mile trip in two helicopters would have cost more than £15,000.