Beyonce clearly heard the backlash from a group who felt a lyric on her new album was ableist and offensive … because he’s cutting it from the track.

The song “Heated” on Bey’s “Renaissance” album … features the line, “Sp*zzin’ on that ass, sp*zz on that ass.” After being called ableist for using the word, Beyonce decided to scrap and replace it, according to Variety.

Her team says the word was never intended to be used in a harmful way, but they’re swapping it regardless.

The singer was met with distaste online pretty quickly when the album dropped … with one saying she’s still a powerhouse of a performer, before adding “But that doesn’t excuse her use of ableist language.”

Of course, the slang comes from the word “spastic,” which refers to muscle spasms — many have conditions where they’re unable to control the spasms that occur throughout the body.

This decision follows Lizzo‘s call to do the same thing — as we reported, she dropped her single, “Grrrls,” back in June … which had the line “Hold my bag, bitch/ Hold my bag/ Do you see this s***?/ I’m a sp*z.” 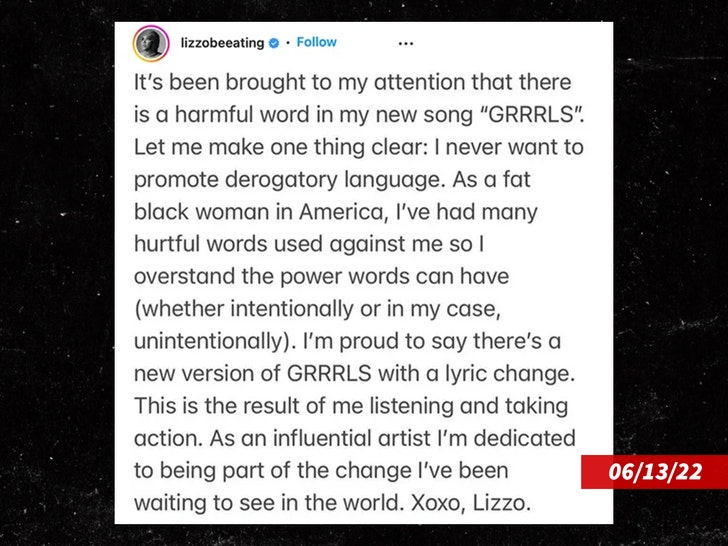 After receiving similar backlash, she switched the line to “hold me back,” and offered up an apology … adding “As an influential artist I’m dedicated to being part of the change I’ve been waiting to see in the world.”