CBS and “Big Brother” missed a chance to highlight an LGBTQ couple by deciding NOT to air castmate Michael reading a letter from his fiancé, Hayden Middleton.

Here’s the deal … Michael won Head of Household this week, which means he gets a letter from a loved one, but CBS didn’t air video of Michael reading the note to his fellow ‘BB’ players. 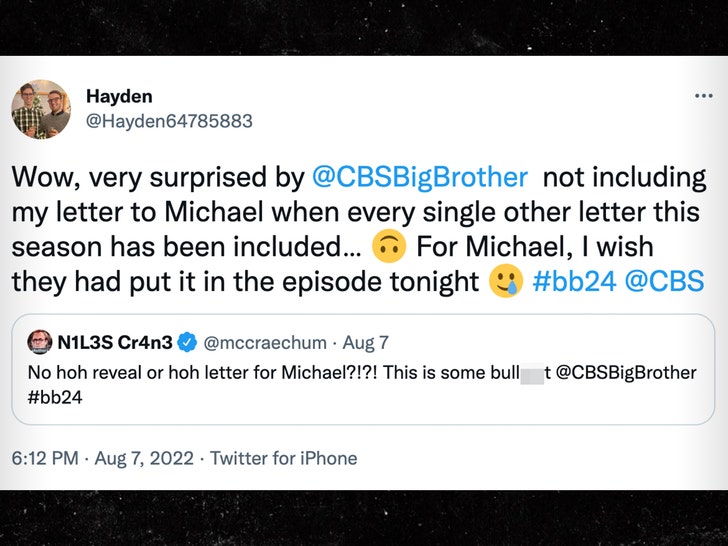 Hayden tells TMZ … he’s upset his letter was not heard on TV because it would have been a good opportunity to highlight a monogamous, committed relationship at a time when there is a lot of negativity directed at the LGBTQ community. 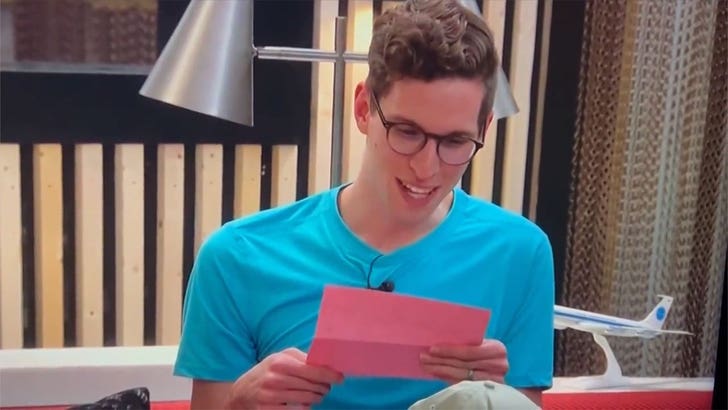 Hayden tells us he doesn’t think there was any ill intent from CBS and ‘BB’ … but he’s still disappointed because the last two HOH winners had their letters featured on TV. 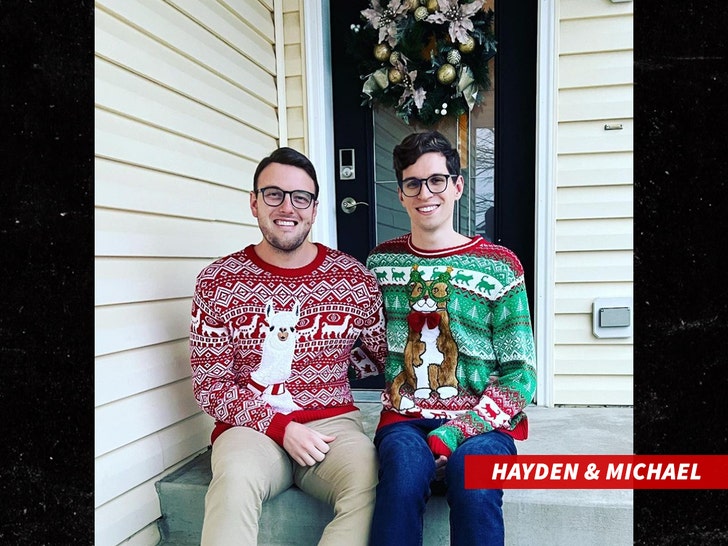 CBS does not air every letter to an HOH winner, and this year only 2 of the 5 HOH winner letters made the final cut.