And, it’s not even really up for debate. 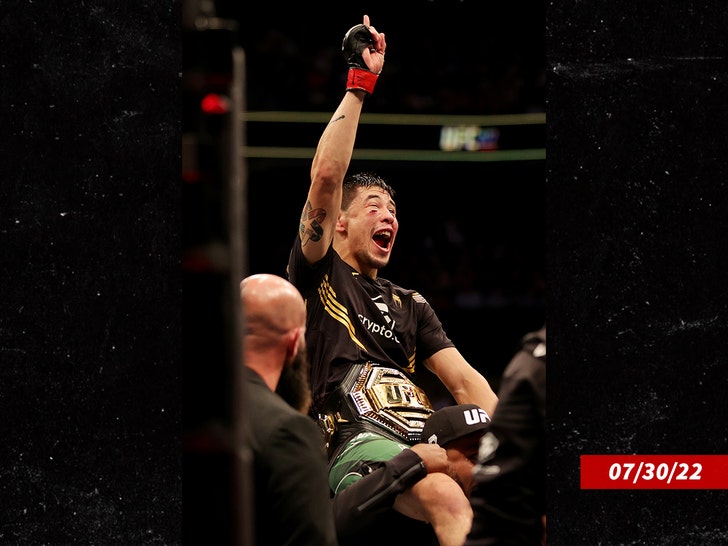 We talked to the 28-year-old fighter on Wednesday, and asked him about the significance of the fight.

“Man, tell me another example [of a bigger fight], please. The 4 fights between Figueiredo and I is the biggest one, easily. Tell me the second place,” Brandon told us.

It’s hard to think of a more anticipated fight. Demetrious Johnson vs. Henry Cejudo fought twice … and Cejudo’s win over Mighty Mouse in 2018 was improbable and thrilling. But, as legendary as both fighters are, Brandon and Deiveson’s rivalry is just different. 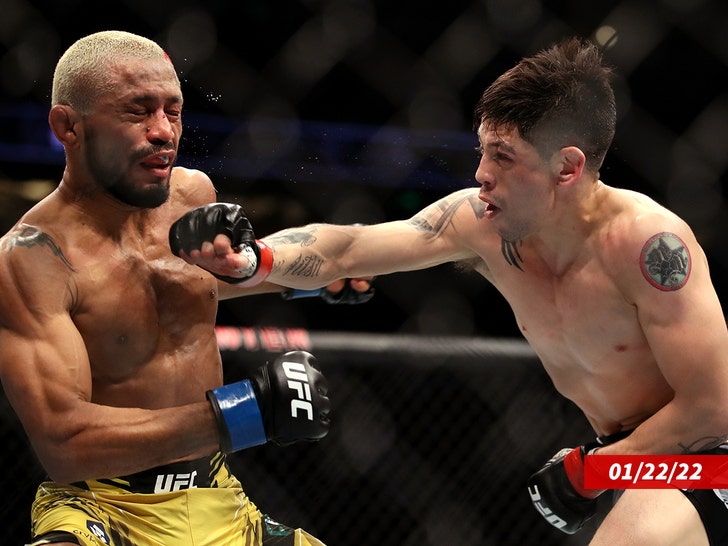 In fact, just a few years ago, the division was in jeopardy of being scrapped altogether. Now, it features arguably the best current rivalry in MMA.

Speaking of those fights, Brandon and Deiveson already fought three times … each man has one win. The first and third fights were incredibly close.

Fast forward to last Saturday in Dallas, TX. After Moreno defeated Kai Kara-France with a perfectly placed liver kick to capture the interim title, Brandon and Deiveson came face-to-face in the Octagon.

“I don’t hate you. I don’t feel nothing against you. I forgive you, and please forgive me if I did something bad against you, brother!” 🗣️

Such a great show of respect from both Brandon Moreno and Deiveson Figueiredo!

But, despite a lot of s**t talk in the past, the men kept it respectful … and that’s the way BM says it’ll stay.

“I understand I had the opportunity to make more drama, but it’s not my way. I understand the business I’m in, I’m trying to entertain the people, but I’m entertaining people with my fight. I’m done with the drama, with all the bad feelings.”

Moreno says the plan now is to heal up (his eye needed 10 stitches), relax with his family and book the biggest fight in flyweight history!