‘Devil’s Disciple’ serial killer Patrick Mackay, who confessed to eleven murders and has spent the last 47 years behind bars, could be released before Christmas.

Axe murderer Mackay, 69, is set for a parole hearing as soon as September.

The Kent and Essex killer, who split Catholic priest Anthony Crean’s head in half with an axe in March 1975, admitted to a total of eleven murders.

He was convicted in 1975 for three: Father Anthony’s, and those of pensioner Isabella Griffiths, 87, and grandmother Adele Price, 89, in Chelsea.

Having been locked up ever since, Mackay is Britain’s longest-serving prisoner.

Now known as David Groves, the convicted killer is reportedly a ‘model prisoner’ at his soft open jail – and is reportedly optimistic about his chances for a swift release. 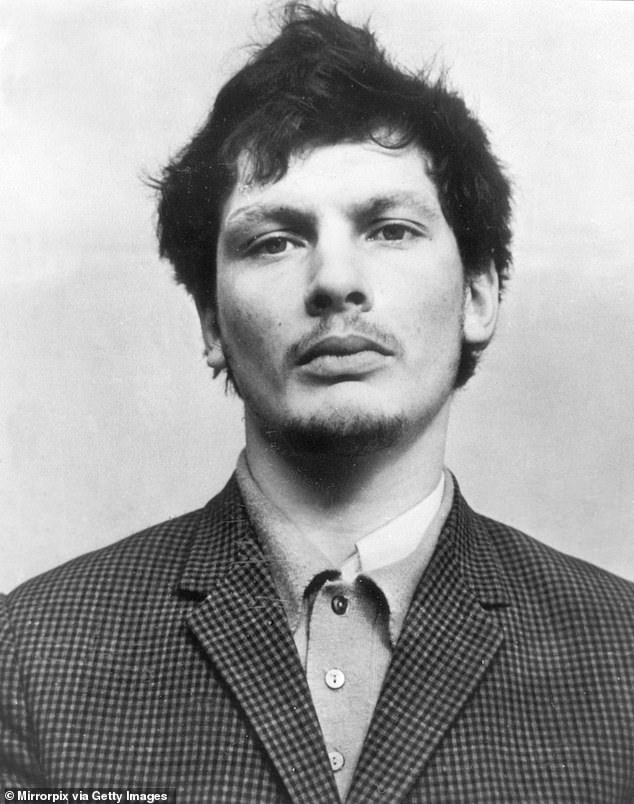 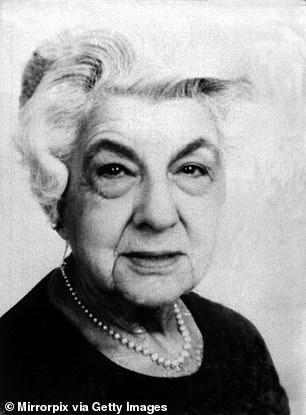 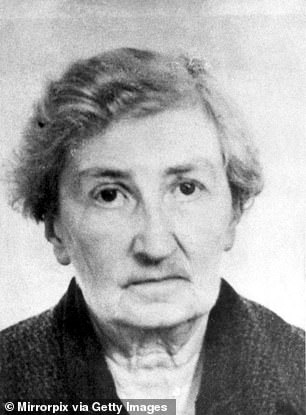 Grandmother Adele Price, 89 (left), was strangled in Kensington. Right: Widow Isabella Griffiths, 87, was murdered after a Valentine’s Day meal with friends in Chelsea

A prison source told The Mirror: ‘He really believes he finally has a chance to be released. He’s seen as a model prisoner. 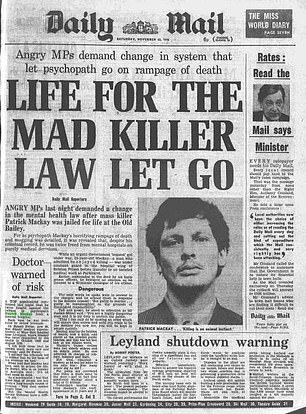 Though his crimes caused widespread public ire in the mid-1970s (Daily Mail front page pictured), Mackay has been largely forgotten as he was only convicted for manslaughter

‘In theory, there’s little reason to keep him behind bars, but it will be a strong board who approve his release – the public will be outraged.’

Parole board decisions tend to take months, but can be made in a few weeks.

A swift decision to release Mackay would see him back on Britain’s streets by the end of the year.

Mackay later retracted the eight other confessions, including the murder of Southend cafe owner Ivy Davies, 48, in February 1975.

Ivy’s son Victor said he cannot give an account to the Parole Board as Mackay was not convicted of her murder.

He said: ‘Everyone knows he did more. He hasn’t shown any remorse. But there’s not a lot I can do about it.’

A Parole Board spokesman told the paper: ‘We can confirm the case of Patrick Mackay has been referred to the Parole Board. It is awaiting a date to be listed.’

Often described as ‘Britain’s forgotten serial killer’, Mackay was born in 1952 and raised in an abusive household. He was regularly beaten by his alcoholic father.

Patrick Mackay: A timeline of his killings

Contents hide
I. Patrick Mackay: A timeline of his killings
II. Give This Article A Share:

Patrick Mackay had between three and 11 victims as not all were confirmed. He was sentenced to prison for life in 1975.

1965: Institutionalised for trying to set fire to a Catholic Church

1967: At the age of 15 Mackay was diagnosed as a psychopath by a psychiatrist, he was committed to Moss Side hospital for four years

1973: Befriends Father Anthony Crean and soon begins stealing from him

1973, July: Kills Heidi Mnilk, an au pair girl, by hurling her from a train near New Cross

1974, January: Stephanie Britton and her four-year-old grandson were stabbed to death at Hadley Green, in Hertfordshire

1974, February: invaded the Chelsea home of Isabella Griffith, strangling her to death and knifing her

1974: Bludgeoned a 62-year-old tobacconist to death

1974: Sarah Rodwell, age 92, was beaten to death on her doorstep in Hackney

1975: Confesses, but not all crimes were charged to him

It was not long before Mackay was committing criminal acts himself including arson, animal cruelty and stealing garden gnomes.

Medical professionals saw that he had psychopathic tendencies and he was sectioned as a 16-year-old in 1968. Mackay was released four years later.

The murderer quickly developed a fascination with Nazism and often referred to himself as ‘Franklin Bollvolt the First’, frequently speaking of his desire to ‘wipe out’ the elderly.

Mackay’s first identified victim was 87-year-old widow Isabella Griffiths, who was strangled and stabbed at her home in Cheyne Walk, Chelsea.

Next was Ms Price, 89, strangled at her home in Lowndes Square, Kensington.

Mackay then killed Father Anthony in a frenzied attack using his fists, a knife and an axe in the picturesque village of Shorne, Kent, leaving the 63-year-old’s mutilated body floating in a bath full of bloody water.

Two days later he was arrested.

Yet Mackay’s horrifying crimes probably did not end there.

Although he was charged with five counts of murder, Mackay’s convictions were only for three counts of manslaughter due to diminished responsibility.

The other two cases were allowed to lie on file, meaning prosecutors believed they had enough evidence, but a trial was felt not to be in the public interest.

The first victim in this group was 73-year-old widow Mary Hynes. She was choked and stabbed at her home in Willes Road, Kentish Town.

Second was 62-year-old shopkeeper Frank Goodman. He was battered with a piece of metal pipe at his premises in Rock Street, Finsbury Park.

Finally, there were five unsolved murders, which Mackay allegedly confessed to while in jail, later telling police he was not responsible. The victims in those cases were 18-year-old Heidi Mnilk, Stephanie Britton, Christopher Martin, Sarah Rodmell and Ms Davies.

Mackay also admitted to killing an unidentified homeless man by pushing him into a canal. The body was never found.

He retracted his confessions for all but four killings, including the three for which he was convicted.