British student is paralysed in horror bison attack: Teen is gored by 2,000lb beast during second day of her gap year trip to US state park – as her parents fly to be by her side and scramble to raise £140,000 for her treatment

Contents hide
I. British student is paralysed in horror bison attack: Teen is gored by 2,000lb beast during second day of her gap year trip to US state park – as her parents fly to be by her side and scramble to raise £140,000 for her treatment
I.I. Share or comment on this article:
I.II. Give This Article A Share:

By Stewart Carr For Mailonline

A British student embarking on a gap year trip in the US says she is lucky to be alive after a bison charged into her, gored her thigh and threw her in the air.

19-year-old Amelia ‘Mia’ Dean is now paralysed after the 2,000lb animal tore the femoral artery in her left thigh during the shocking attack in South Dakota.

As Miss Dean, from Brockham, Surrey, lay bleeding and injured at the 71,000 acre Cluster State Park, the wild beast – one of 1,500 in the reserve – stood directly next to her head before her friend bravely led it away.

Although Miss Dean and her friend had spotted the animal 100 feet away, she was ‘shocked into stillness’ as it charged towards her, The Telegraph reports. 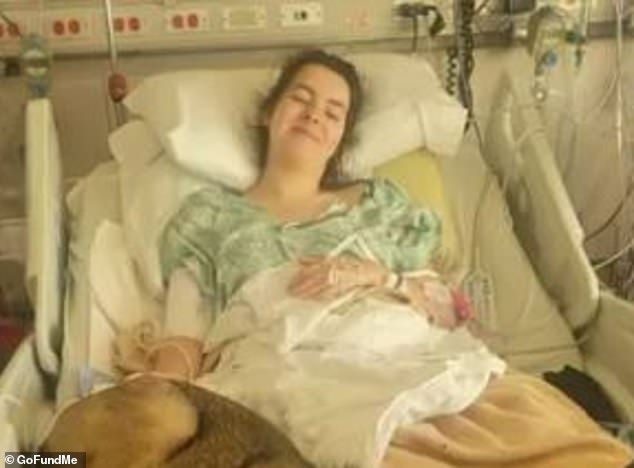 19-year-old Amelia ‘Mia’ Dean from Brockham, Surrey, is paralysed after a 2,000lb bison tore the femoral artery in her left thigh during a shocking attack in South Dakota 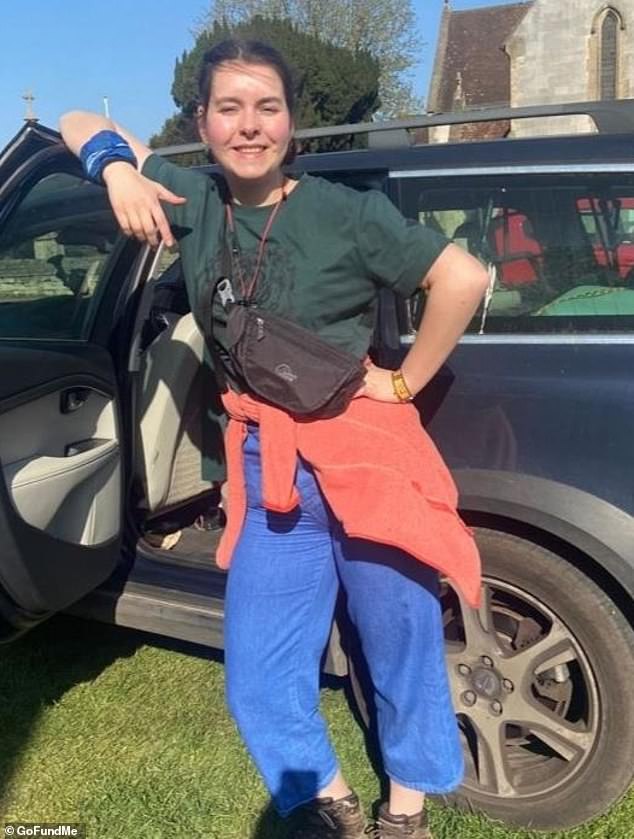 Speaking from her hospital bed, she told KOTA TV: ‘I remember feeling the pressure on my hip, my hip being pushed back and I remember the sensation of flying in the air and going head over heels.

‘It’s a miracle I even lived until the ambulance got there, let alone kept my life and my leg.

‘I can’t walk without a walker or crutches. I can’t walk very far. About 20 metres and I’m done, for a long time.’

On the day of the attack, Miss Dean had been walking on a trail through the park with her friend and his dog, when they ascended a hill and encountered the lone male bison, which was grazing.

After some discussion, they decided to skirt around the bison and aimed not to disturb him before returning to the path. At this point, the animal stopped grazing and began charging towards Miss Dean.

Her parents Michael and Jacqueline stated: ‘Mia was shocked into stillness [and] the bison halted directly in front of her.

‘The two stared at each other for a few seconds before the bison surged forwards, goring her in the left thigh with his horn, and threw her head over heels about ten to 15 feet in the air.

‘When she hit the ground Mia was trapped, unable to move her bleeding leg, with the bison huffing directly over her, his feet by her head for some time.’ 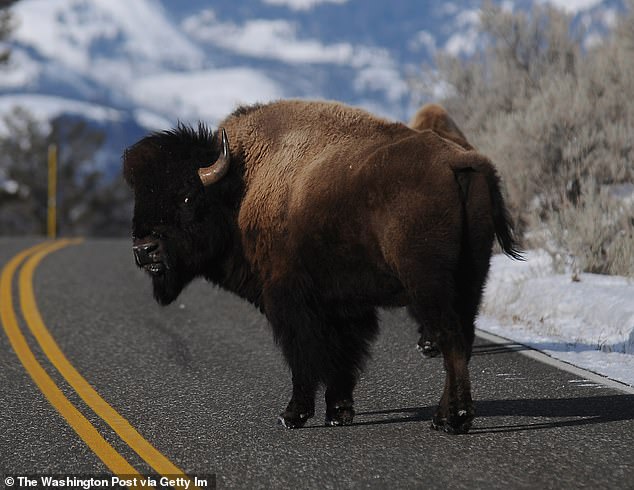 Mis Dean and her friend encountered a lone 2,000Ib bison while walking a trail in Cluster State Park in South Dakota 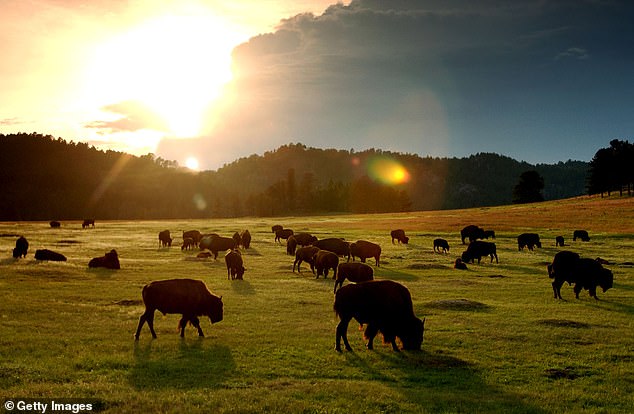 Since the attack seven weeks ago, Miss Dean has been left paralysed with nerve damage below the left knee. She is being treated at Rapid City, South Dakota, where her parents Matthew and Jacqueline flew to be at her side.

Mr and Mrs Dean are fundraising £140,000 to transfer their daughter to the Mayo Clinic in Rochester, Minnesota, for specialist treatment.

Miss Dean was on just the second day of her US trip when the attack occurred and she had been accepted on a course at the University of Edinburgh.

Her parents added: ‘Mia is English and while her travel insurance has paid so far for the femoral artery bypass, they are refusing to pay for even the initial examination by the specialist of her nerve injury.

‘Mayo clinic, a world-class hospital in the peripheral nerve field – a very niche field – has accepted Mia as a referral from Rapid City Hospital.’

To donate to the Gofundme appeal, please visit here.