Bryce Dallas Howard claims she got the short end of the stick for the ‘Jurassic World’ trilogy, making far less money than Chris Pratt despite being co-leads … but that didn’t stop him from making sure they got equal pay outside their film contract.

Initial reports back in 2018 showed Chris took home $10M to Bryce’s $8M for the sequel, “Fallen Kingdom” … “so much less,” she says, in an interview with Insider.

Bryce says she was at a “great disadvantage” back in 2014 when negotiations began for the blockbuster series — adding, “unfortunately, you have to sign up for three movies and so your deals are set.”

Chris, however, was a bigger star than Bryce at the beginning of the trilogy, having already starred in “Guardians of the Galaxy.” 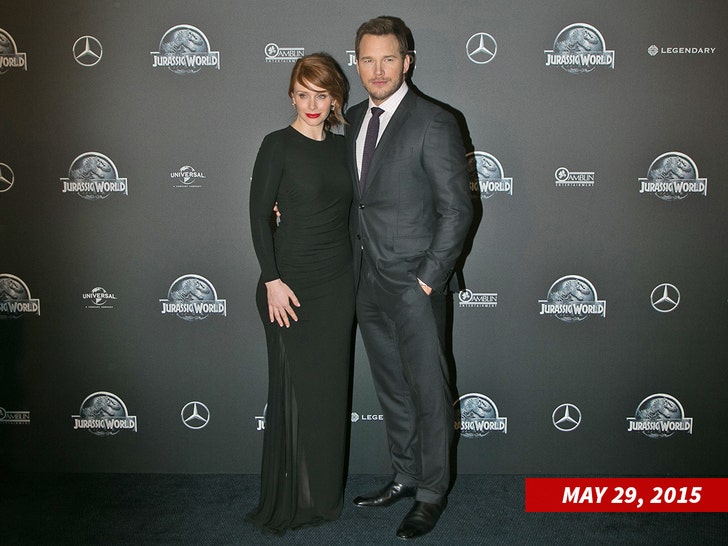 But, she claims Chris fought for her outside their 3-movie deal … telling her he’ll handle the negotiation for her when it came to things like spin off games or theme park rides — making sure they both walked away with equal pay.

Bryce says she loves the guy for doing that for her — noting she’s “been paid more for those kinds of things than I ever was for the movie.”