The day-to-day race-baiting at the BBC we’re expected to accept as normal is now so out of control it’s just got to be called out.

This week, the Corporation chose to deride the inspiring success of the England Lionesses because of the skin colour of the team’s incredible female footballers.

Rather than celebrating the record-breaking victory against Norway, during its ultra-woke coverage of the Women’s Euro 2022 the next night, ashen-faced presenter Eilidh Barbour declared soberly: ‘It was an historic eight goal victory for England last night as the Lionesses secured their place in the quarter finals – but all starting 11 players and the five substitutes that came on to the pitch were all white. And that does point towards a lack of diversity in the women’s game in England.’

In their wisdom, the Beeb then took time away from the analysis of the tournament that sports fans expect, to air a special investigation from its star presenter Alex Scott complete with downcast orchestral music.

But her first question to Debra Nelson from Football Beyond Borders set the tone for the report.

She asked: ‘For me to see you speaking out about this current England team saying how, as a young black woman, this team does not speak to you or inspire you is so alarming to me.’ 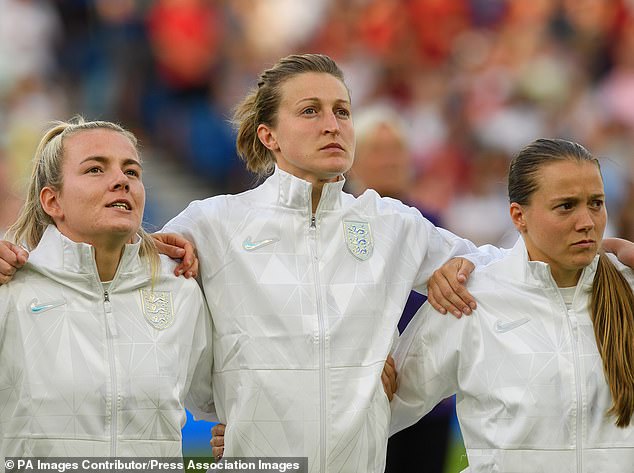 This week, the Corporation chose to deride the inspiring success of the England Lionesses because of the skin colour of the team’s incredible female footballers 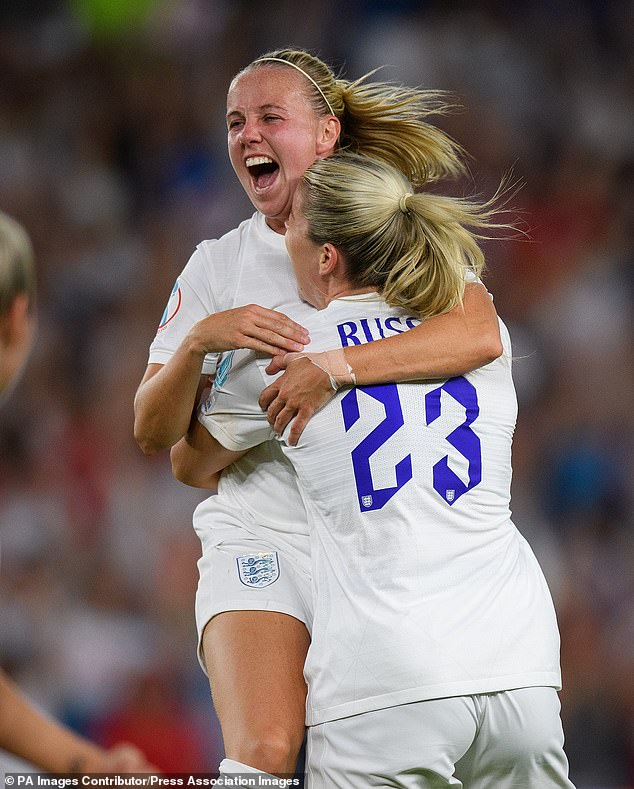 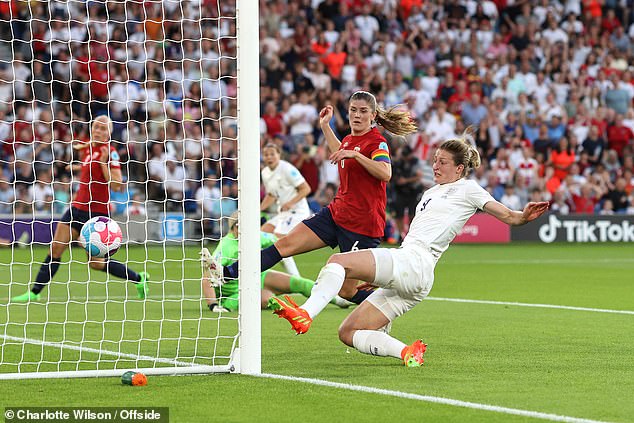 Using the usual woke terminology we’ve come to expect from the anti-racist brigade, who actually see race in every single aspect of life, Nelson replied: ‘You need to feel like you can see yourself in order for them to be a role model. If someone doesn’t have the same lived experiences of you, isn’t of the same background of you…how can they then be your role model?’

What a depressing way to look at the world.

It’s also complete and utter baloney, of course, given many of the biggest sporting role models in history for all ethnicities have been athletes like Muhammed Ali, Jackie Robinson, Tiger Woods, Michael Jordan, Serena Williams, Simone Biles…I mean the list is endless.

The absurdity of the BBC’s desperate desire to turn the Lionesses into a race debate was laid bare when the discussion returned to the presenters at the stadium who included the black ex-England player Anita Asante.

She said: ‘Visibility matters. I’ve been lucky enough to have played with my role models – Rachel Yankey, Mary Phillip to name a few – (and) play under a black manager for England.’

So the racial make-up of the current team is an anomaly, not widespread.

To comment on it and make it a feature of its coverage feels to me like yet another bid to stoke racial divisions in this country.

Surely, any manager should pick the best players for the team on any given day, regardless of their skin colour or ethnicity.

Quite rightly, nobody quibbles when many Team GB athletic relay teams are made up of all black competitors, for example, and nor should they.

Is the BBC suggesting national sporting teams should now have ethnic quotas?

Or do they have evidence of systemic racism within women’s football? If so, they should investigate and produce evidence before broadcasting.

More likely, this was just yet another attempt to try and paint England as institutionally racist, when the Sewell Report concluded conclusively that is not the case.

No wonder the BBC’s annual report this week showed just 51 per cent of UK adults now believe the broadcaster is effective at providing impartial news and current affairs, according to an Ipsos Mori poll of over-16s, a dip of five per cent year on year.

In real terms, that means an equivalent of three million Brits losing faith in the public broadcaster, even though we’re forced to pay a £159 poll tax simply to be able to watch television. 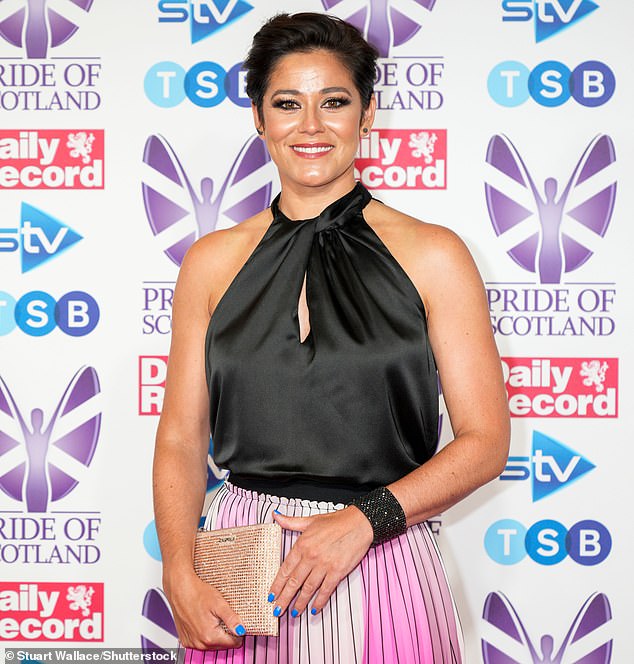 Rather than celebrating the record-breaking victory against Norway, during its ultra-woke coverage of the Women’s Euro 2022 the next night, there was a sober declaration from ashen-faced presenter Eilidh Barbour (pictured) 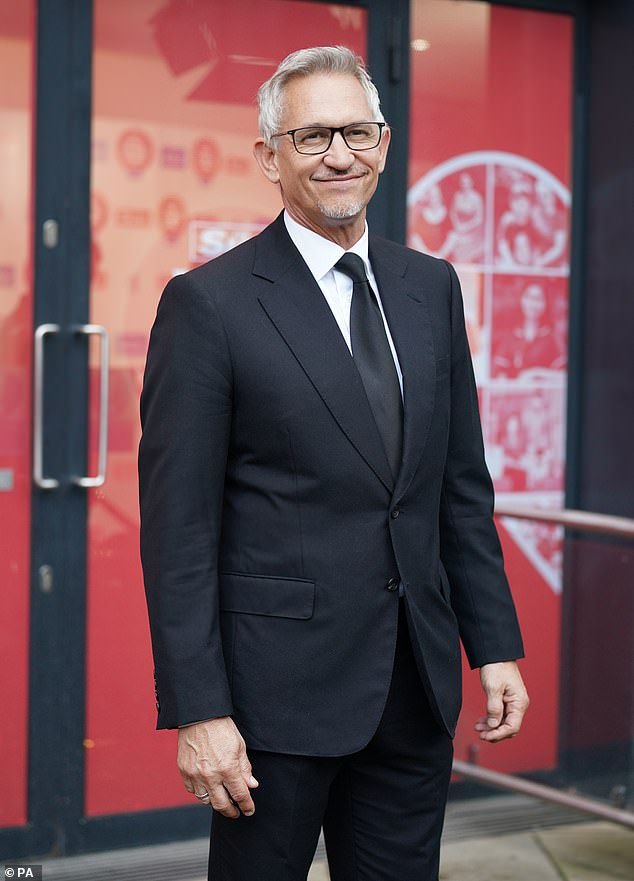 Of course, the irony of the situation is that just as the BBC were lambasting the ‘all-white’ Lionesses, a newly released official Rich List showed their own First XI was also exclusively white. Leftie virtue signaller-in-chief Gary Lineker (pictured) topped the list with a sickening salary of at least £1.35 million

Of course, the irony of the situation is that just as the BBC were lambasting the ‘all-white’ Lionesses, a newly released official Rich List showed their own First XI was also exclusively white.

Leftie virtue signaller-in-chief Gary Lineker topped the list with a sickening salary of at least £1.35 million for reading the autocue for a few hours a month on Match of the Day.

Where are the BBC reports about the lack of diversity amongst its own disgustingly big earners? Nowhere, of course.

Because the Beeb is an organisation that loves to sneer at others, while remaining about as white, liberal and middle class as you can possibly get.

Presumably she got Inaya, as a young black woman, confused with the Tory leadership contender Kemi Badernoch.

But as Inaya tweeted this afternoon: ‘I was called ‘Kemi’ three times by the host of BBC Politics Live today. There was obviously no bad intent but it really shouldn’t be something that occurs at all, let alone multiple times.’

So perhaps the BBC should, for just one moment, stop looking for racism in every other organisation, business, sporting team, TV show, historic artwork, movie and politician in the country to focus on getting its own house in order.

Unlike them, I’ll be unabashedly cheering on the Lionesses because they’re at the top of their game and brilliant role models for England.