BT and Openreach workers are to strike on July 29 and August 1 in a dispute over pay, as other sectors also plot industrial action.

Members of the Communication Workers Union (CWU) will walk out on July 29 and August 1 after voting overwhelmingly for industrial action last month.

The union said it wanted a ‘substantial’ pay rise, especially with the spiralling rate of inflation, arguing that BT could afford it.

Those involved in the row look after the majority of Britain’s telecoms infrastructure, from mobile phone connection, broadband internet and back-up generators to national heath systems, cyber security and data centres.

It will be the first strike action at BT Group since 1987 and the first national call centre workers’ strike, said the union, adding that 40,000 workers were involved in the dispute.

It comes as refuse collection workers in the West Midlands are to strike on the opening week of the Commonwealth Games.

Members of the GMB union will take five days of action – on July 28, when the Games open in Birmingham, July 29 and August 4, 5 and 8. 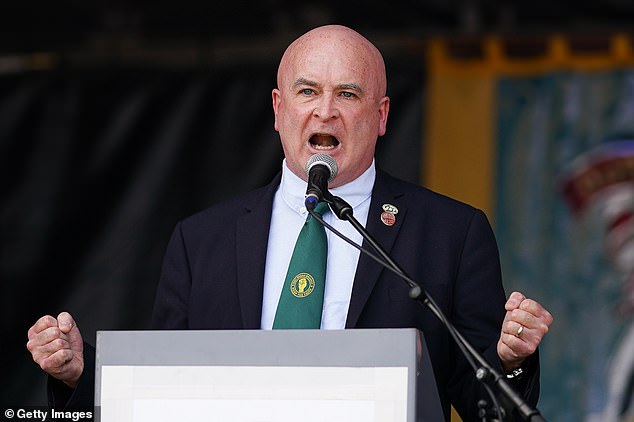 Mick Lynch said of the strike action: ‘The public seem to be right behind us, many of the public are in the same position as our members’ 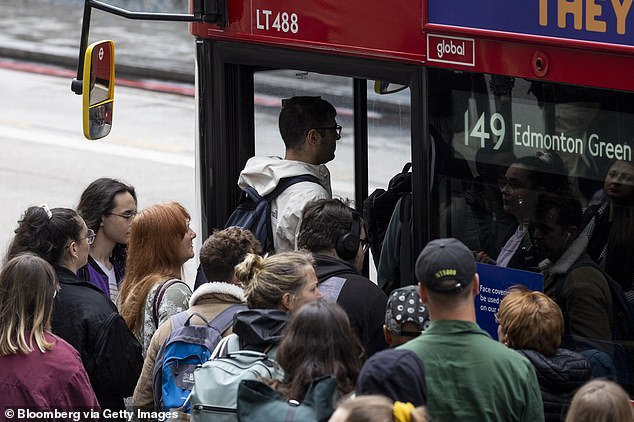 Commuters board a bus at a bus stop, during an RMT walkout on the London Underground on June 6 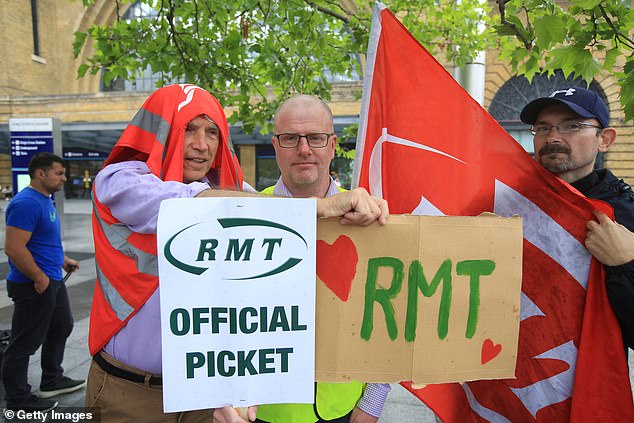 RMT Members shelter under a tree during a heavy shower on the picket line outside Kings Cross station on June 23, 2022

‘Our members have asked for nothing more than a fair pay rise, after keeping communities here in Sandwell clean and safe throughout the pandemic.

‘The eyes of the world will be on our area during the Commonwealth Games, it’s a shame that Serco have put the bottom line before their own workforce and community in this way.

‘This is a big distraction from the Games and we hope Serco see sense and urgently bring a pay offer to the table that reflects the hard work and dedication of our members.’

Court security staff are to stage a series of strikes after voting to take action in a dispute over pay.

Members of the Public and Commercial Services union (PCS) employed by private contractors OCS, will walk out on July 29 and August 2, 3 and 4.

They have rejected a pay offer the union said was worth 27p an hour above the national minimum wage of £9.50.

PCS general secretary Mark Serwotka said: “Our members are facing a cost-of-living crisis but, instead of helping them, OCS continues to offer poverty pay.

“The courts are already struggling with a large backlog of cases, and not having security officers will bring them to a standstill.”

The union is calling for a £500 one-off payment, full occupational sick pay from day one, an additional day’s annual leave and paid time off for medical appointments.

A Courts and Tribunals spokesperson said: “Minimal disruption is expected from this proposed action and we continue to work closely with OCS to maintain the safety of all court users.” 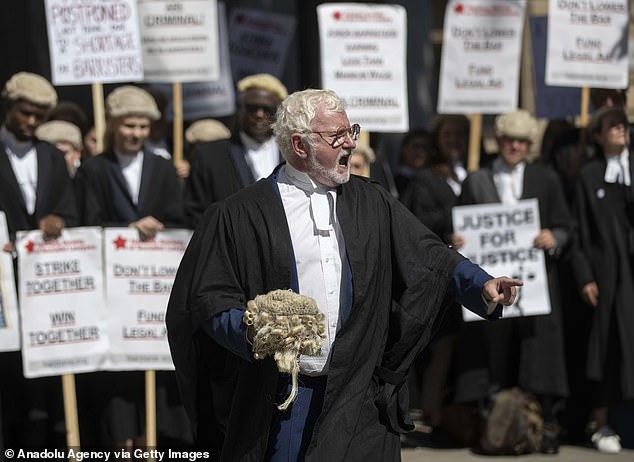 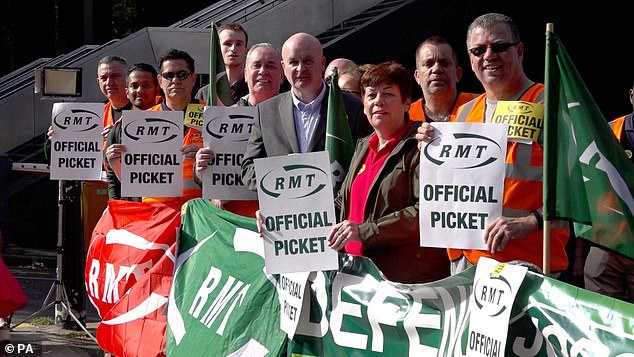 Mr Lynch (centre) on a Rail, Maritime and Transport (RMT) picket line outside outside Euston station in London 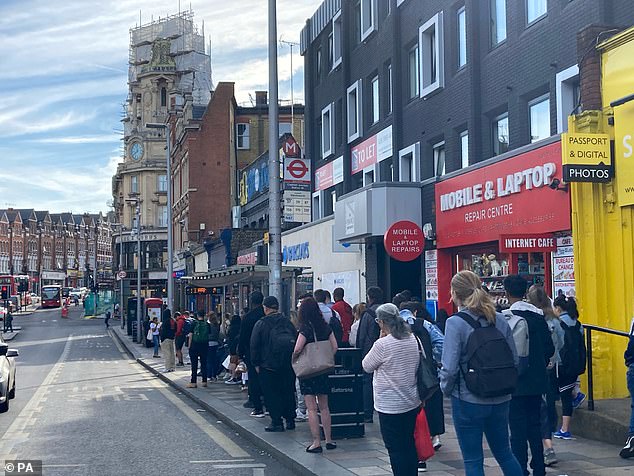 Who else is set to join the summer strike contagion?

Contents hide
I. Who else is set to join the summer strike contagion?
II. Give This Article A Share:

Strikes could spread across the economy in the coming months. These are the areas affected – and those which could be hit – and the unions behind the ballots.

Strikes by the RMT across three days last week closed half of the country’s rail network and reduced service to a fifth of normal levels.

The Transport Salaried Staffs’ Association (TSSA) is also balloting thousands of staff at Network Rail and several train companies, with the possibility of strikes as soon as July.

The train drivers’ union Aslef is set to strike at Greater Anglia and the Croydon Tramlink in the coming weeks.

Unite is also balloting about 500 British Airways check-in staff at Heathrow over a refusal to reverse a 10 per cent pandemic pay cut. If workers vote in favour, strikes are likely in July – potentially ruining some summer holidays.

Teachers’ union NAS/UWT will ballot members over action unless the Government backs demands for a 12 per cent pay rise. A pay award for 2022/23 is due in November.

The National Education Union has said it will ballot its 460,000 members if a pay rise in line with inflation is not offered by the Government.

Unison, which represents NHS staff, has said strikes are possible unless the annual pay offer for them is not close to the rate of inflation. The British Medical Association, which represents doctors, has also said it will prepare for a ballot unless junior doctors are given a 22 per cent ‘restorative’ pay rise.

The Royal College of Nursing has also demanded a pay rise of 5 per cent above inflation.

The Public and Commercial Services Union, which represents civil service workers, will hold a ballot in September over pay, pensions and redundancies.

The Unison, GMB and Unite unions have said local government staff in England, Wales and Northern Ireland should receive a pay increase of at least £2,000 each. Workers include rubbish collectors, library staff, teaching assistants and care workers.

Unite said it will support ‘any action’ by workers to achieve a pay rise.

The Communication Workers Union will ballot Royal Mail workers in a dispute over a pay rise offer of 2 per cent.

The union has also sent ballot papers to BT workers including engineers, contact centre staff and retail employees over pay. It could result in the first strike at the company since it was privatised in the mid-1980s.

Meanwhile Union baron Mick Lynch today insisted the public was ‘right behind’ his union’s bid to cripple the rail network with a summer of strike chaos – as two further days of walkouts were announced for August 18 and 20.

Members of his Rail, Maritime and Transport union (RMT) at Network Rail and 14 train operators have vowed to walk out over the worsening dispute over jobs, pay and working conditions.

The action announced yesterday is in addition to a planned 24-hour strike by the RMT at train companies and Network Rail on July 27 and by TSSA members on Avanti West Coast on the same day.

Meanwhile, Aslef has said train drivers at eight rail companies will strike on July 30 in a dispute over their pay.

Transport Secretary Grant Shapps has accused Aslef of ‘cynically orchestrating’ strike dates to coincide with the Commonwealth Games, with unions ‘determined to cause as much misery as possible’.

He added: ‘The average rail worker already earns £44,000, significantly more than the people who will be most impacted by their walkout – the very same people who stumped up £600 per household to keep the railway running throughout the pandemic and ensure not a single person lost their job.’

He noted the average train driver earned just under £60,000 a year.

Asked if public support could ‘evaporate’ due to the disruption caused to people’s lives and the economy, Mr Lynch told BBC Radio 4’s Today programme: ‘The public seem to be right behind us, many of the public are in the same position as our members.

‘They have not had a pay rise, they feel they are being exploited by the employers and they feel that the Government is pushing down on wages in order to protect profits in this country, which are still at higher levels, and dividends are still being paid out.

‘Corporate Britain is making plenty of money on the backs of low-paid workers and our members feature in that, and we need to get a square deal for them so that they can face the cost-of-living challenge which is best addressed through their pay packets.’

With the latest strike dates announced for the middle of the British summer time, thousands of people’s holiday plans are expected to be impacted. The new dates also coincide with the inaugural ‘Camp Bestival Shropshire’, potentially leaving thousands of revelers to find alternative travel arrangements to the event.

Camp Bestival Shropshire – the first iteration of the family festival ‘Bestival’ that is held annually in Dorset – will run from August 18 to August 21, meaning the August 18 strike date will impact travel on the event’s first day.

Network Rail hit out at the union, saying that the announcement of more strikes ‘dropped any pretence that this is about reaching a deal’. ‘It’s clear the best interests of passengers and our staff are taking second place to the union’s bosses’ political campaign,’ Andrew Haines, chief executive of Network Rail, said yesterday night.

A spokesman for the Rail Delivery Group – the British rail industry membership body – said: ‘This is a hugely disappointing announcement from the RMT’s leadership which will upset passengers’ summer plans, undermine struggling businesses and upend the industry’s recovery.’

The RMT was criticised by Britain’s Rail Delivery Group (RDG), which called on the union’s leaders to return to talks.

‘We want to give our people an increase in pay, but asking taxpayers to shoulder more of the burden when they have already contributed £600 per household during the pandemic, or expecting passengers to fund it by paying more for their tickets, isn’t fair or sustainable,’ the RDG said in a statement.

‘Instead, we have a responsibility to make changes to long-outdated working practices so we can adapt to post-Covid travel patterns, bring our railway up to date and give our passengers a more punctual and reliable service.

‘Rather than staging counterproductive strikes, we ask the RMT’s leadership to continue talking so we can come to a deal that works for our people, our passengers and for taxpayers.’

Today’s announcement followed that from another union – Aslef – which said train drivers at eight rail companies will strike on July 30 in a dispute over their pay.

The Aslef strike dates will likely impact Brits and tourists heading to some major events this month including the Women’s Euro final at Wembley and the first weekend of Championship football.

It comes as at least two train operators have suspended ticket sales for the proposed strike dates after unions rejected the pay offer from Network Rail and announced the strike dates earlier this week.

Both Avanti West Coast and LNER are no longer selling tickets for that date which has been mooted as the next potential day of strike action by militant union barons with operators warning both July 26 and 28 are also likely to be affected.