Dog show organisers have been slammed for going ahead with their outdoor event yesterday despite sweltering temperatures and health warnings.

Temperatures hit 29C amid health warnings issued by the RSPCA and an amber weather warning for extreme heat in Dorset announced by the Met Office.

Consequently, many shows in the area cancelled the dog elements of their events – but Bournemouth Championship Dog Show kicked off anyway.

Owners and their pets were seen forced to shelter under marquees without any air conditioning at the event.

Prior to the dog show taking place, outraged and worried locals and animal experts had already expressed their concern for the health of the canines while competing during a heatwave. 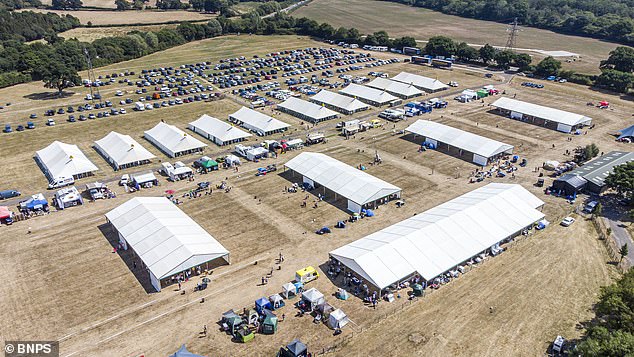 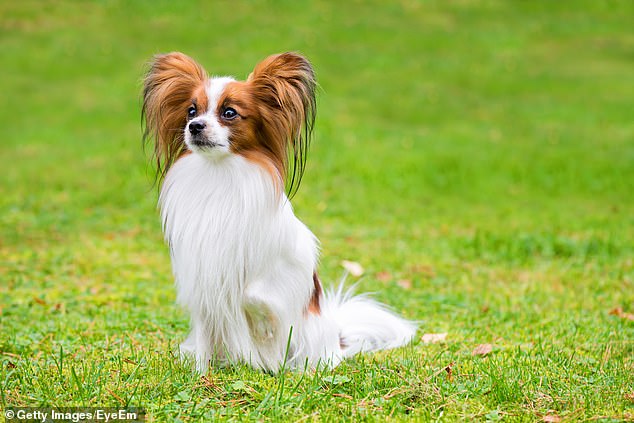 Prior to the dog show taking place, outraged and worried locals and animal experts had already expressed their concern for the health of the canines (pictured is not one of the competitors) while competing during a heatwave

On Thursday, the organisers posted on Facebook: ‘We are all ready to welcome you tomorrow to our first Open Show & the Championship Show on Saturday. The show is definitely NOT cancelled!!!

‘We have a lovely cooling breeze blowing & plenty of shaded areas. We will also have some baths of cool water for your dogs to have a paddle (or you if you like!).’

Angry pet owners took to the comments section, blasting the event for being ‘stupid and selfish and irresponsible’.

One wrote: ‘There is Now a Amber Warning by the Met Office of Extreme Heat of 36 degrees hopefully it won’t be so hot, years ago I nearly lost a my champion dog at a Welsh KC Championship Show from heat exhaustion. Never again would I take a dog out in extreme heat for a piece of cardboard.’

Another said: ‘Dogs can still suffer from heatstroke even in the shade, if the shade is in the form of marquees there will be no breeze in them.

‘It’s up to the individual if they take their dog but putting your dog at risk for your own vanity and ego of possibly winning a showing class is just pure stupidity and selfishness!’

A third added: ‘Absolutely appalled the Bournemouth Dog Show is going ahead in this heat.

‘I hope animal welfare and vets on hand to deal with the potential disasters. And don’t at me, please those tents are like ovens, no matter how many flaps are open.’ 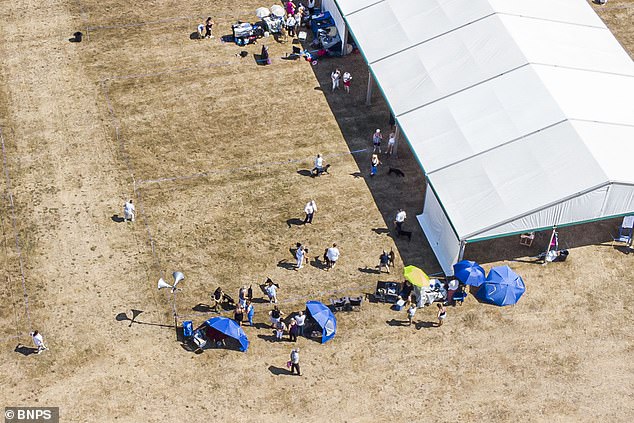 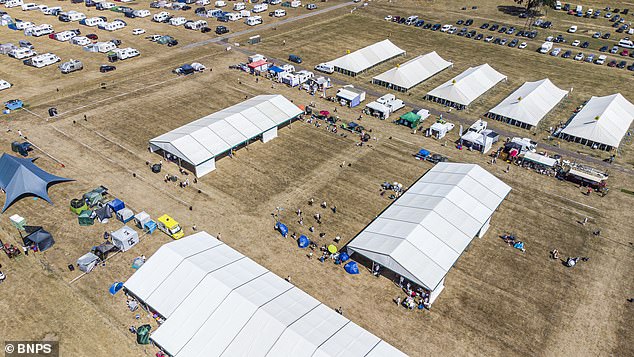 Under intense fire, the dog show attempted to justify its position, explaining ‘the show is not on tarmac’ and that they have facilities such as cool baths on site for animals attending the event

Meanwhile, another dog show at a village fete was cancelled yesterday due to the heat.

The decision was taken ‘for the welfare and safety of our furry creatures’ after the temperature was forecast to hit 34C, while the rest of the fete went ahead.

The prestigious show was a leading feature of the Fyfield Village and Church fete near Andover, Hants, with dog owners bringing their pets from miles around.

The competition was meant to have lasted 30 to 40 minutes but it would have been when the sun was at its strongest.

One of the fete organisers Phil Boyes yesterday stressed: ‘We have had to call the dog show off. It is because of the heat and professional advice we were given by a vet.’

Under intense fire, the organisers of the Bournemouth Championship Dog Show attempted to justify its position, explaining ‘the show is not on tarmac’ and that they have facilities such as cool baths on site for animals attending the event.

Meanwhile, some social media users came to the defence of the show.

One remarked: ‘Shows go ahead in Spain, Portugal, brazil, Africa etc all the time. As a lot have said above… everyone knows their own dog.

‘If you don’t want to go, don’t! Don’t slam people for going or the hard working committee that put on these shows … they do it for free!’

Another added: ‘There is one very clear answer to those who think it is wrong: just do not go and leave everyone else to have the common sense to make sure their dogs are kept cool and comfortable as I have seen at the shows recently.

‘Worry about the pet people walking their dogs on pavements, worry about dogs locked in hot houses – not people used to dealing with the welfare of their dogs at all times!!!!!’

Esme Wheeler, dog welfare expert at the RSPCA, told The Dorset Echo: ‘We’re concerned to hear of dog shows taking place during the heatwave and would urge organisers to prioritise the welfare of dogs and consider rearranging or cancelling.

‘The hot weather has gone from glorious to extreme, and we can’t stress enough how vital it is that pet owners take the situation seriously.

‘We’re still getting reports of dogs being left in cars, and seeing a lot of dogs being taken to busy outdoor events like festivals, shows and fetes, and to the beach.

‘Don’t be that person who is dragging their panting dog along the pavement or plodding around a show. Please leave them at home in the cool where they’ll be safe.

‘Knowing how to try and prevent heatstroke, and also how to spot the signs of heatstroke in pets could be a matter of life and death, so we’re urging anyone with a pet – whether it’s a dog or cat, a rabbit or guinea pig, and even chickens, horses and exotic animals – to put aside some time today to read up and make plans.’