Screw you and Mickey Mouse ears!

The Magic Kingdom’s looking more like a WWE ring after 2 families went toe-to-toe in a massive brawl Wednesday … reportedly sending someone out of the park in an ambulance.

The tussle went down at Disney World in Orlando as tempers started to flare inside the theme park’s Fantasyland. The families were near the exit of Mickey’s PhilharMagic theater … where a woman left the line to retrieve a cellphone she’d left on a nearby wheelchair. 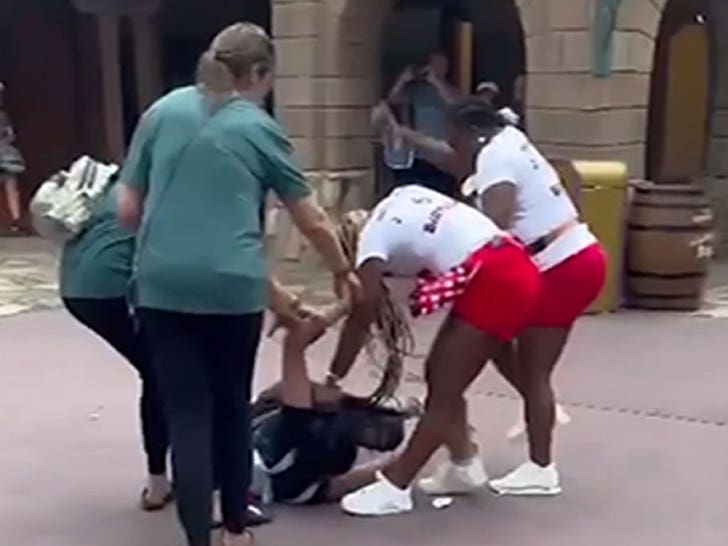 When she returned, she tried to rejoin her family, but according to a report by Walt Disney World News Today … that’s when things got violent.

Another family — dressed in matching Disney-themed red and white outfits — allegedly blocked her from moving past them in the line, and next thing ya know, voices were raised … and then fists were flying! 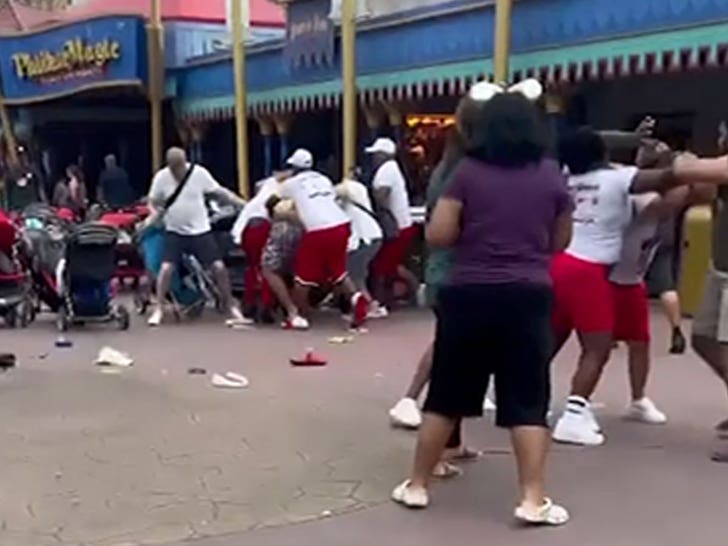 Guests walking by the brawl — seemingly involving about 20 people — began to scramble, with some even trying to calm things down. After several minutes, security eventually arrived to break up the fighting.

One man reportedly had a large cut on his chin and had to be transported by ambulance for medical care. 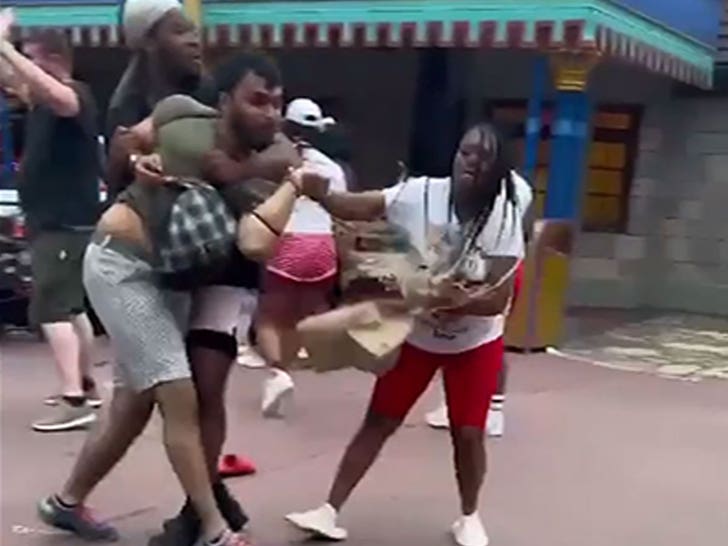 Fights at Disney parks aren’t anything new, but this one might take the Mickey-shaped cake for the biggest.