The classified documents Donald Trump allegedly took from the White House to Mar-a-Lago include information on nuclear weapons … according to a new report on the FBI raid.

FBI agents tore though Trump’s Florida resort looking for classified info on nukes, the Washington Post reports, with the feds concerned the documents might be in danger of being seen by the wrong eyes.

It’s unclear if the docs contain info on United States nuclear capabilities, or a foreign nation … or if these alleged docs were even recovered from Trump’s Florida home in Monday’s raid.

If Trump did have material on nukes at Mar-a-Lago, it would be unprecedented … those documents are super sensitive and typically only a small number of government officials have access … and former Presidents aren’t in that privileged group. 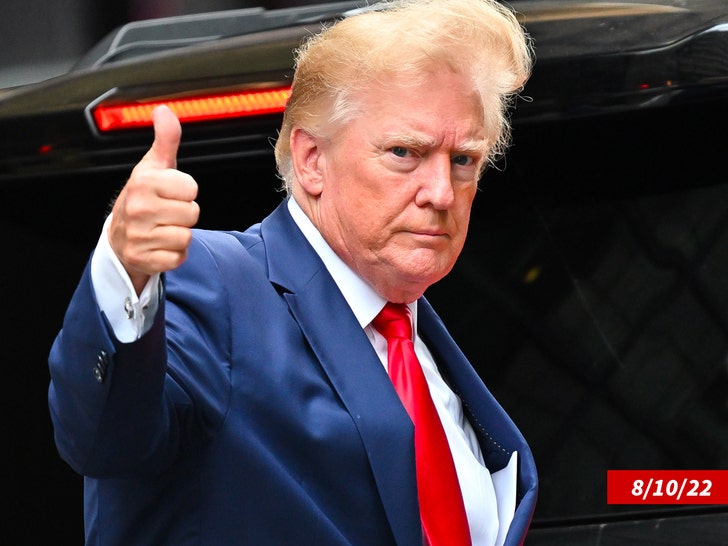 As you know … the FBI executed a search warrant at Trump’s resort Monday, with Trump grousing that agents broke into his safe and turned out Melania‘s wardrobe.

In a Thursday news conference, Attorney General Merrick Garland said he personally approved the decision to seek the search warrant.