The first shipment of Ukrainian grain has left the port city of Odesa in the wake of the deal Kyiv and Russia signed to ease the global food crisis.

The Sierra Leone-flagged cargo ship Razoni left the Black Sea port for Lebanon this morning, the Turkish defence ministry said. A statement from the United Nations said the Razoni is carrying more than 26,000 tons of corn.

It is hoped that the shipment will be the first of many to deliver much-needed grains to countries mainly in Africa and the Middle East facing food shortages and spiralling prices.

Russia has been blockading Ukraine’s Black Sea ports for over five months now, stopping Ukrainian grain from reaching markets and even allegedly stealing it for export themselves.

‘Today Ukraine, together with partners, is taking another step towards preventing world hunger,’ said Alexander Kubrakov, the Ukrainian minister of infrastructure.

‘Unlocking ports will provide at least one billion dollars (£0.8 billion) in foreign exchange revenue to the economy and an opportunity for the agricultural sector to plan for next year,’ Mr Kubrakov said. 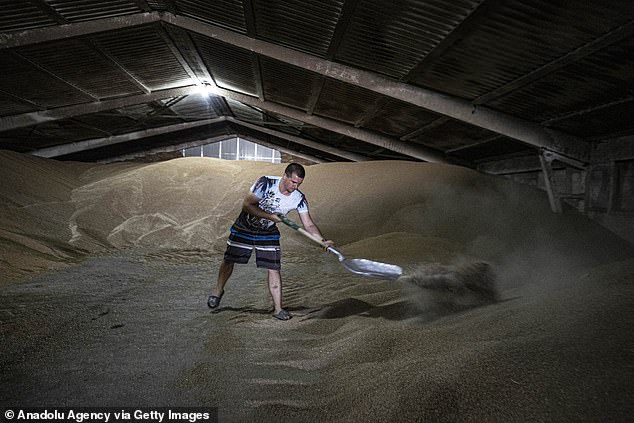 A Ukrainian farmer works at a warehouse in Odessa, as the first ship leaves the port carrying 26,000 tons of Ukrainian grain 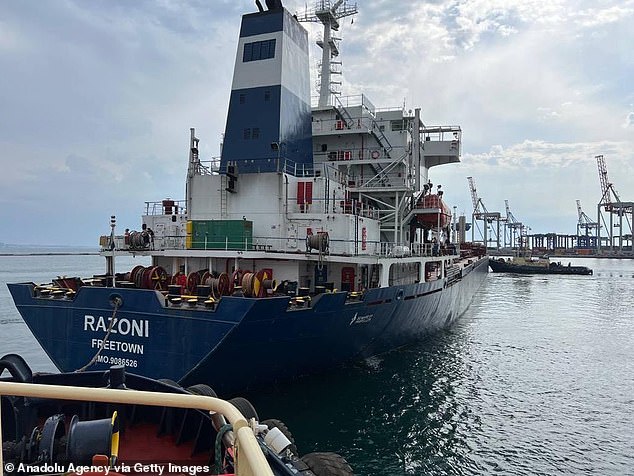 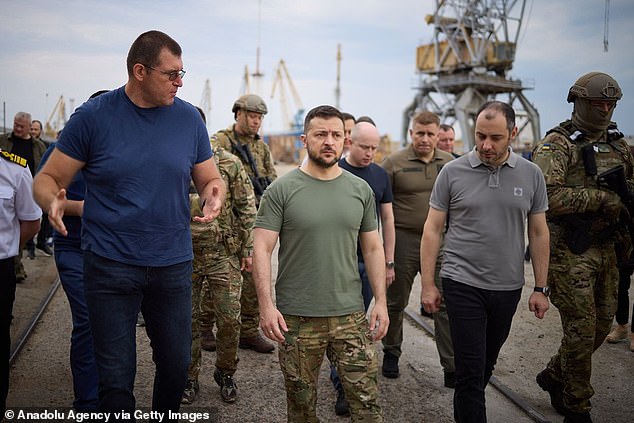 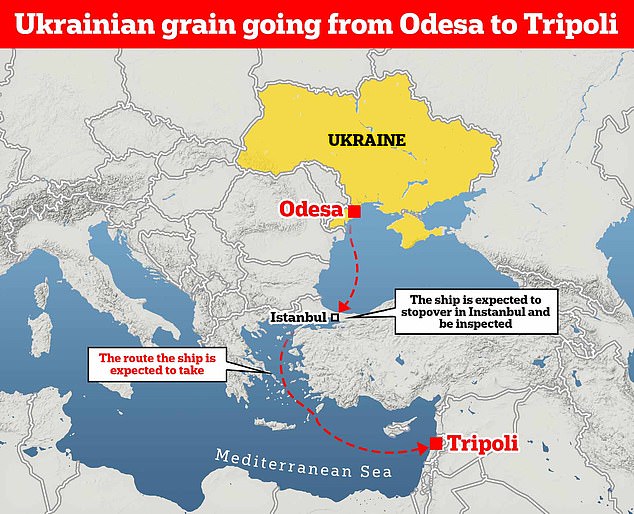 Data from the Razoni’s Automatic Identification System, a safety tracker for ships at sea, showed the vessel slowly coming out from its berth at Odesa port Monday morning alongside a tug boat.

The ship is expected to reach Istanbul on Tuesday, where it will be inspected, before being allowed to proceed, the ministry said.

Other convoys would follow, with 16 other ships were waiting to depart, respecting the maritime corridor and the agreed formalities in line with the agreement reached with Russia on July 22, Turkey said.

That landmark deal, which Ukraine and Russia each signed separately with Turkey and the United Nations, was aimed at relaxing Russia’s blockade of Ukrainian ports.

It is intended to free up 22 million tons of grain and other agricultural goods that have been stuck in Black Sea ports for departure to countries in Africa and the Middle East which desperately needed them.

However, the day following the signing of the deal, Russia launched cruise missiles at the Odesa port which hit storage facilities there, calling into question Putin’s good faith in the deal.

The corn will head to Tripoli in Lebanon. A 2020 explosion at its main port in Beirut shattered its capital city and destroyed grain silos there, a part of which collapsed on Sunday following a weeks-long fire. 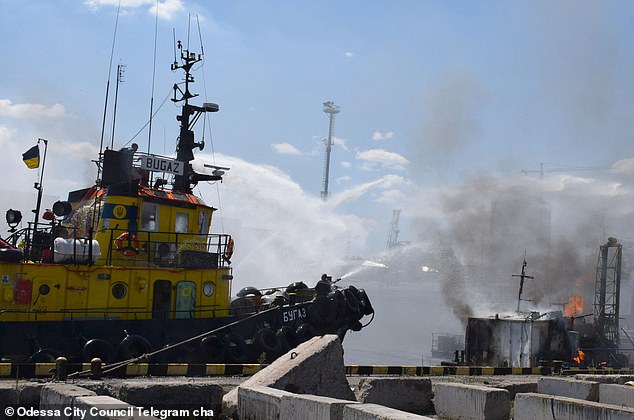 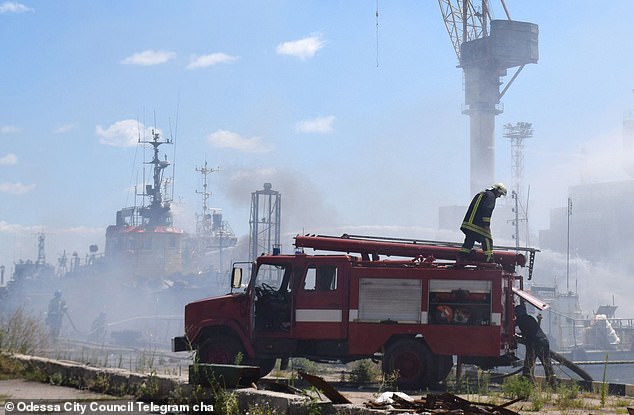 Also Read  The best of Birmingham gets the Commonwealth Games off to a flyer, writes ROBERT HARDMAN

The Turkish ministry statement said other ships would also depart Ukraine’s ports through the safe corridors in line with deals signed in Istanbul on July 22, but did not provide further details.

Turkey formally opened a special joint coordination centre in Istanbul last Wednesday to oversee the exports. The centre is being staffed by civilian and military officials from the two warring parties and delegates from Turkey and the UN.

Their primary assignment involves monitoring the safe passage of Ukrainian grain ships along established routes and overseeing their inspection for banned weapons on the way into and out of the Black Sea.

The blockage of deliveries from two of the world’s biggest grain exporters has contributed to a spike in prices that has made food imports prohibitively expensive for some of the world’s poorest countries.

UN estimates say nearly 50 million people began to face ‘acute hunger’ around the world as a direct consequence of the war.