Contents hide
I. FORTY PER CENT of Channel migrants are from ALBANIA – not a country devastated by war of famine – secret military report reveals
I.I. Share or comment on this article:
I.II. Give This Article A Share:

By Mark Hookham For Mail Plus and Matt Powell For Mailonline

Forty per cent of Channel migrants are from peaceful Albania – not a war-torn nation, according to a secret military intelligence report, Mail Plus reveals.

A total of 1,075 Albanians crossed the Channel in small boats organised by people-smuggling gangs during a six-week period this summer.

Last year a total of 757 Albanians crossed the Channel last year, according to Government figures.

Albanian gangs are reportedly buying huge inflatable boats from Chinese factories and customising them by asking Chinese firms to make them bigger to squeeze more migrants onboard.

Experts believe the crossings are being fuelled by social media, with people-smugglers advertising their services on TikTok and charging up to £5,500 per person.

An Albanian police liaison officer is set to be based in Dover to help deal with the growing problem, but there is a reported shortage of Albanian translators to help. 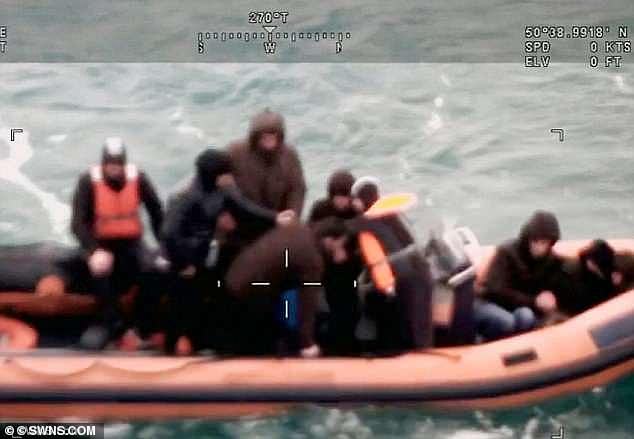 The revelation comes on the day a man on a kayak had to be rescued by British authorities yesterday after attempting to cross the channel alone.

A further 288 people crossed the English Channel on Friday, August 5, taking the total number of migrants who reached the UK this week to 1,372.

Five small boats made the crossing during the most recent 24-hour period, government figures show.

This includes one migrant who was rescued yesterday morning after attempting to travel along by kayak.

He was picked up by British Border Force officers at around 9am, five miles from the English coast, GB News reports.

Earlier this week, a new daily record was set for 22 as 696 people made the dangerous journey on Monday, according to figures from the Ministry of Defence. 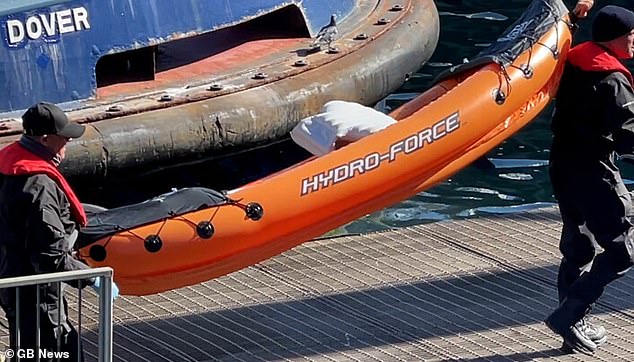 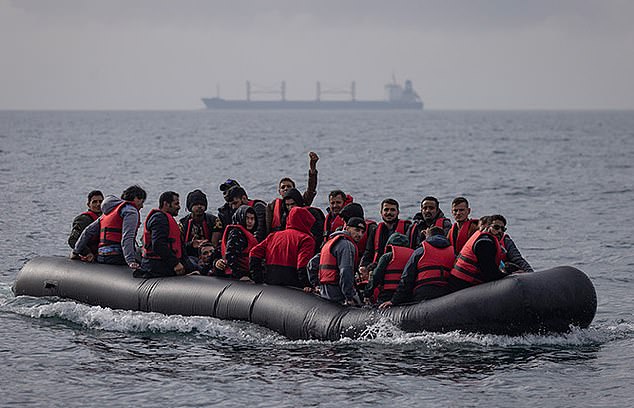 Meanwhile a record number of people for this year made the crossing on Monday, with 696, including women and children, made it to UK shores 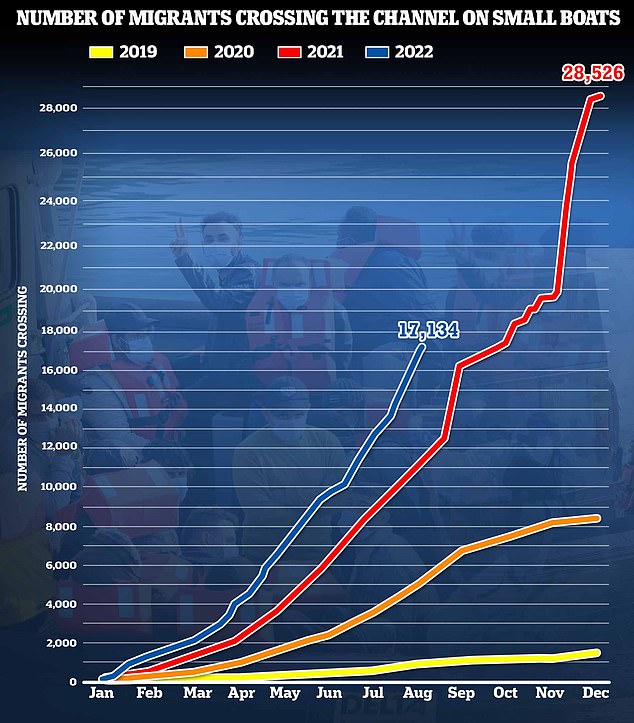 This marked only the second time this year that more than 600 people arrived in the UK via small boat crossings, with the previous high being 651 on April 13.

New research shows that in the past seven years nearly half a billion pounds has been spent by government trying to prevent migrants making the crossing.

The total includes huge sums handed to the French government in a bid to prevent would-be asylum seekers from leaving their shores.

Figures show £473 million has been spent on a range of security measures as well as the up-front cost of Priti Patel’s Rwanda asylum deal.

Home Secretary Priti Patel is expected to announce a new package of funding imminently, to include tens of millions of pounds to the French for more beach patrols and surveillance equipment.

A Government spokesperson said: ‘The rise in dangerous Channel crossings is unacceptable.

‘Not only are they an overt abuse of our immigration laws, but they risk lives and hinder our ability to help refugees who come to the UK through safe and legal routes.

‘The Nationality and Borders Act will enable us to crack down on abuse of the system and the evil people smugglers, who will now be subject to a maximum sentence of life imprisonment.

‘Under our new Migration and Economic Development Partnership with Rwanda, we are continuing preparations to relocate those who are making dangerous, unnecessary and illegal journeys into the UK in order for their claims to be considered and rebuild their lives.’