Contents hide
I. Hampshire police sparks furious backlash after warning motorists they will be punished if they don’t treat cyclists better on the road
I.I. Share or comment on this article:
I.II. Give This Article A Share:

By Brooke Davies For Mailonline

A police force has become embroiled in a social media spat with motorists after it posted a video warning them they face punishment if they don’t treat cyclists better on the road.

Hampshire Police’s Road and Policing Unit tweeted out a minute long video showing incidents involving vehicles and bicycles that led to the drivers being prosecuted.

All four apparent near misses were caught on cycle cameras and reported to the police.

But the tweet provoked a backlash from social media users keen to point out that cyclists behave badly on the roads as well, prompting a response from the police. 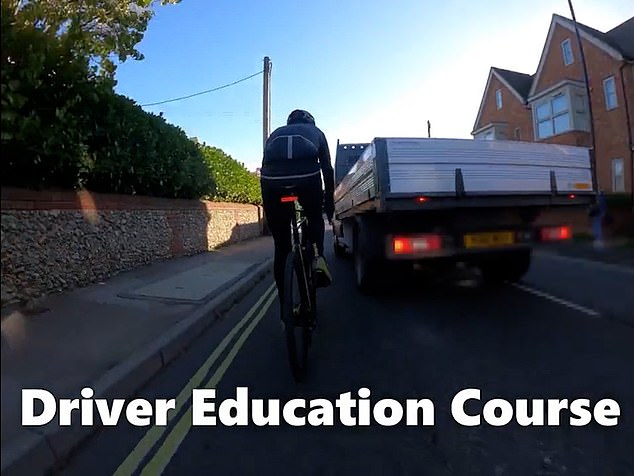 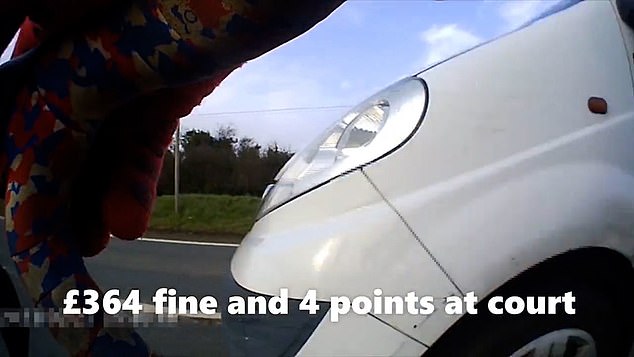 Another van is shown narrowly overtaking a bike before braking suddenly, which the driver got a £364 fine and four points in court 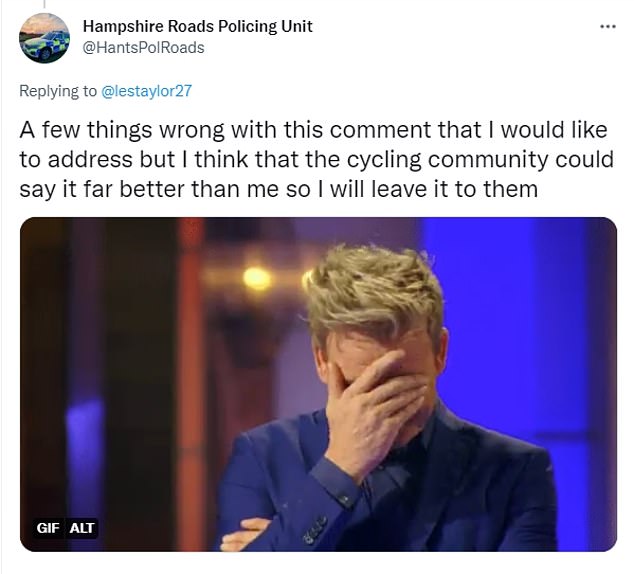 In the first incident a Volvo car is seen driving on the wrong side of the road on a narrow country lane towards the cyclist before swerving out of the way.

The video – which has been viewed more than 14,000 times – states that the motorist received a £100 fine and three points on their licence.

In the second incident – for which the driver got a £364 fine and four points in court – a van is recorded narrowly overtaking a bike before braking suddenly.

Third, the driver of a flat bed truck again filmed overtaking and braking suddenly to avoid an oncoming bin lorry – leaving the cyclist to stop and throw their hands up in anger – had to attend a Driver Education Course, the police said.

And a motorist recorded driving straight at a cyclist down a road with parked cars on either side got six points on their licence in court, the video showed.

The unit posted the following message to drivers along with the tweet.

‘Don’t be a Space Invader,’ it warned. ‘Do you show enough consideration for vulnerable road users? These drivers were caught on Cycle cameras putting riders at risk and faced formal action due to their lack of care.

‘We can’t be everywhere but we can be anywhere.’

One Twitter user commented: ‘Cyclists – Red light jumping Riding on Pavements Using mobile phones. Think they’re above the law,’ to which the force replied: ‘Next you will be asking why cyclists don’t pay road tax.

‘Sure, a minority of cyclists do bad things but these were just innocent people going about their business being put in danger. £shareTheRoad’.

The same person’s account responded by posting a video of a cyclist crashing while performing a wheelie on a busy road to which the police twitter account mocked them for how few followers they had.

‘Well (name redacted) and your 13 followers….’ the reply said. ‘Perhaps you could enlighten us as to what this has to do with normal everyday people being put at risk.’ 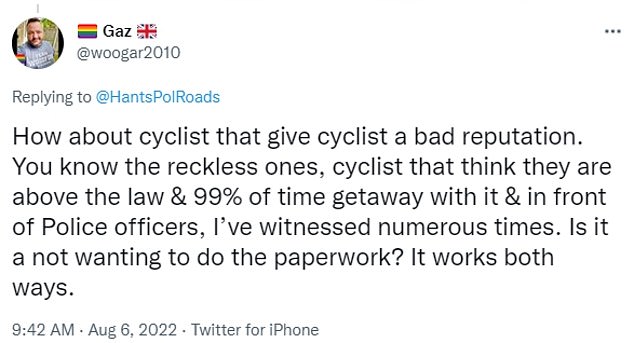 Twitter users were quick to point out that not every incident is the driver’s fault, with some accounts saying ‘it works both ways’ 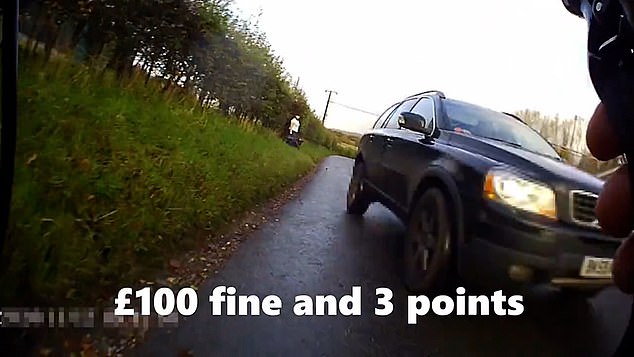 One twitter users was not impressed by Hampshire Police’s response, calling it ‘unprofesional’

Another Twitter user pointed out what they believed to be bad road behaviour on the part of a cyclist featured in the video.

The police account replied: ‘A few things wrong with this comment that I would like to address but I think that the cycling community could say it far better than me so I will leave it to them,’ before posting a GIF of chef Gordon Ramsay rubbing his face in apparent disbelief.