Here’s a look inside the mansion that was supposed to be the setting for MTV’s “Jersey Shore 2.0,” and judging from the pics .. the cast is missing out on one helluva summer.

Before production on the reality show was put on ice, producers picked this historic 8-bedroom home in Atlantic City — a 4,000 sq. foot pad primed for some classic ‘JS’ moments.

The four-story home, nestled just a few steps from AC’s famous boardwalk and its casinos and nightlife, features beautiful ocean views and huge decks to keep the party going. Well, it would have kept the party going.

There’s a huge living area for the gang to hang out by the fireplace, plus a dining table with room for 10 … perfect for those Sunday family dinners we used to watch the OG cast have.

There were plenty of bedrooms for the cast to choose from — 4 on the second floor, each with their own bathrooms, and then 4 smaller bedrooms on the third floor. One of ’em seems ready-made to be the new “smush room.” 😉

The place looks cool on its own, but it’s likely producers added some additional touches to the interior … a la the duck phone from the OG series. 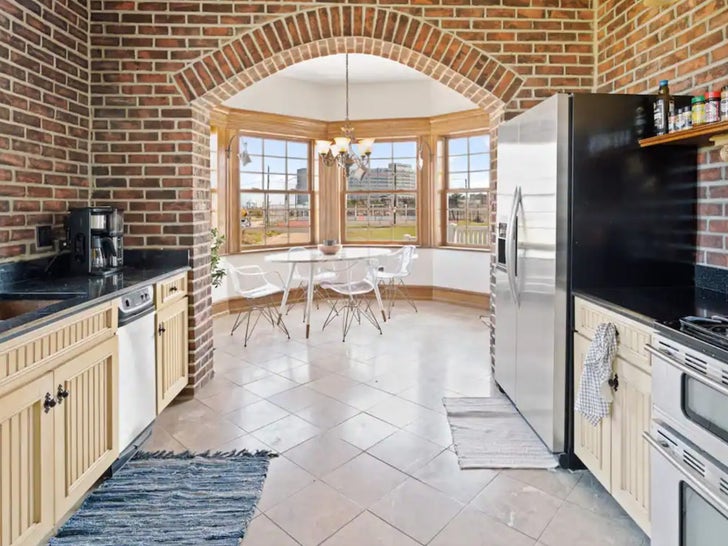 We broke the stories … the show came to a halt less than a week after production started, and all the filming equipment’s already been cleaned out of the joint.

The mansion is a rental that goes for $1,300 a night on Airbnb. It was booked all through July to film the show, but not for nothin’ … come August the home appears to be wide open for rent.

Someone’s gonna have a “Jersey Shore” summer there, just not the next wave of MTV reality stars.