Britney Spears claims her sister Jamie Lynn was having meetings with their dad during COVID while the rest of the world was on lockdown … but we’re told that’s not the case at all.

Sources close to Jamie Lynn tell TMZ she wasn’t parading around with her dad in 2020 — instead, she was stuck at home like everyone else, and believes Britney got her story completely wrong …  saying the proof is clear as day. 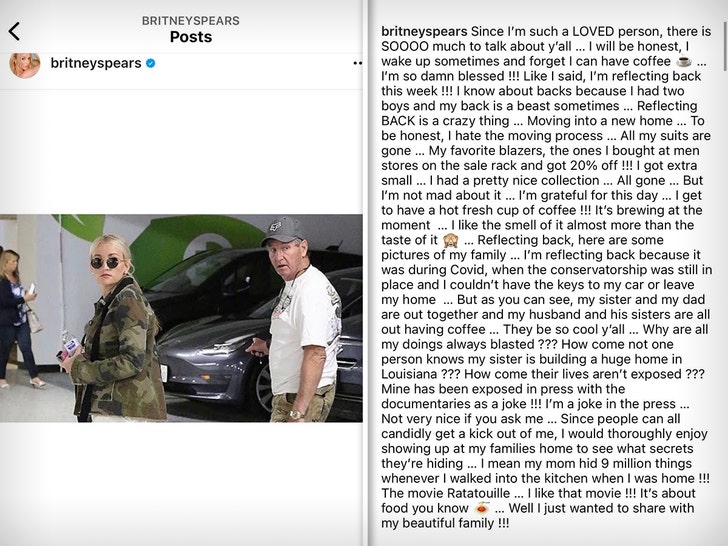 Britney posted a photo Sunday of Jamie Lynn and Jamie as supposed evidence of their pandemic meetings, along with a lengthy caption … but we’re told the pic in question was in 2019, before the lockdown. 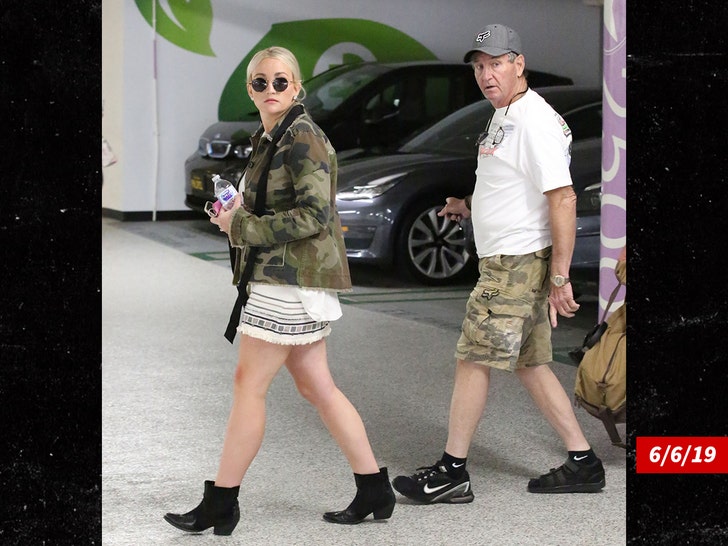 At the time of the photo, JL was just getting back into work after having her second daughter, Ivey, the year before … she had intro meetings with a few streaming services and Jamie dropped her off on the way to the airport. 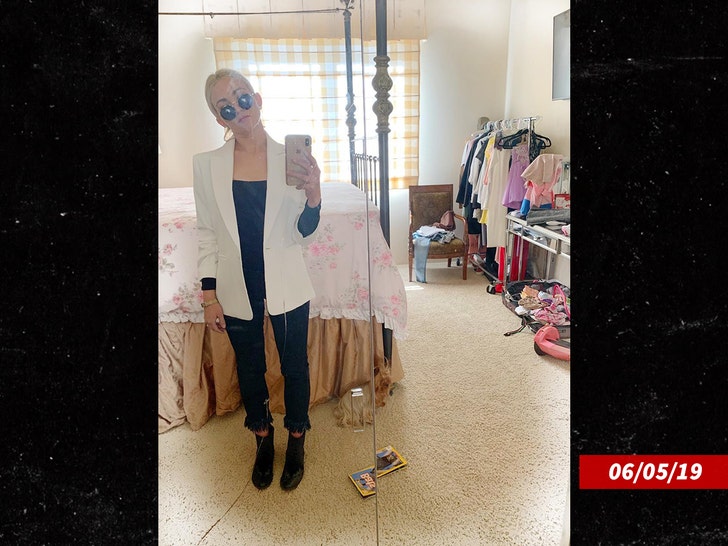 We’re told he didn’t attend the meeting with her, and the picture was taken when she was staying in Britney’s guest room during the trip … which is why Jamie Lynn’s confused as to how her big sis forgot that.

As a result, we’re told JL wishes Britney would leave her out of future posts — believing this is just a blatant lie to make her look bad. BTW, Brit has since taken down the entire post.

Britney also called out her sister’s new home she’s building in Louisiana. We’re told Jamie Lynn and her husband worked hard to make it a reality, using their own money to build it — so, it shouldn’t anger her sister in the slightest.