Kim Kardashian is a single woman again … and she seems to want everyone to know it.

The reality star took to IG this weekend with what can only be described as good old-fashioned thirst traps — posting a ton of shots of herself in a gym, with a barely-there outfit that’s showing off all her famous curves. The pics were taken by a photog named Indiana.

As you can see … she’s in there posing on/half-using some equipment — not really trying to get a workout, but definitely looking good, and certainly fit. Her caption reads, “I do my own heavy lifting.”

KK also posted a video of this same shoot a day prior — and in it, she’s got Ciara‘s song “Paint It, Black” overlaying the grainy footage. There, she is also striking poses, only this time with the camera rolling … filming herself as well. Indeed … she’s just as fine in motion.

Contents hide
I. Kim Kardashian and Pete Davidson Break Up After 9 Months of Dating
II. Give This Article A Share:

It’s interesting timing, considering word of her and Pete Davidson splitting up surfaced a week and change ago. They were going strong for 9 months, but in the end … it seems it wasn’t meant to be, with reported conflicting schedules and a big age difference at play.

Unclear who broke it off, exactly, but if we’re being honest … ya gotta imagine it was Kim who ended things … which, if true, makes this hottie flex all the more intriguing. 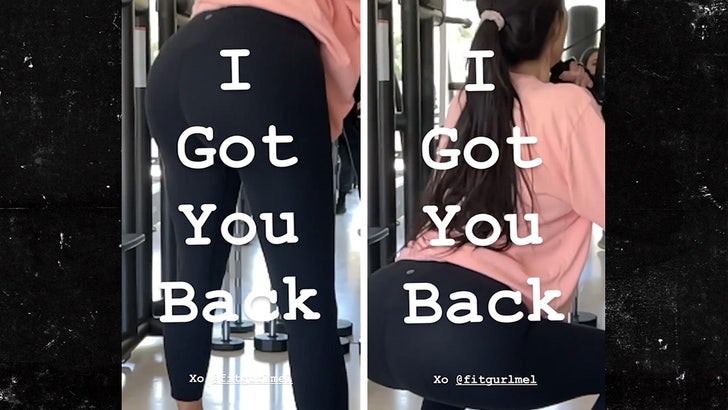 If the theory holds up that she dumped Pete, then this wouldn’t necessarily be a look-what-you’re-missing post (that wouldn’t make sense). It could just be a … here’s-what-I’m-working-with post for new potential suitors — which is kinda what she did when she and Kanye were first entering divorce. Or … maybe she was just feeling herself. Who knows!!!