A bartender in Los Angeles allegedly laughed after being shown gruesome photos from the horrific Kobe Bryant crash scene, according to surveillance video screen grabs shown in court.

Gutierrez testified Cruz asked him if he wanted to see the Kobe pics … and he said he did. When asked if he found the photos humorous, the bartender claimed he never laughed or found them amusing in any way.

Contents hide
I. Vanessa Bryant Explains How Photo Sharing of Kobe’s Remains Torments Her
II. Give This Article A Share:

That’s when Vanessa Bryant‘s attorney showed the court still images from bar surveillance video where it appeared Gutierrez was laughing.

Gutierrez denied laughing … saying you’d have to be psychotic to find those images funny.

The bartender also testified he believed the deputy showed the photos to unload the burden of the horrific crash.

The injuries to Kobe and the other people who died were described in court … and it was ghastly.

Thursday is the second day of the trial … which is expected to take about 10 days. 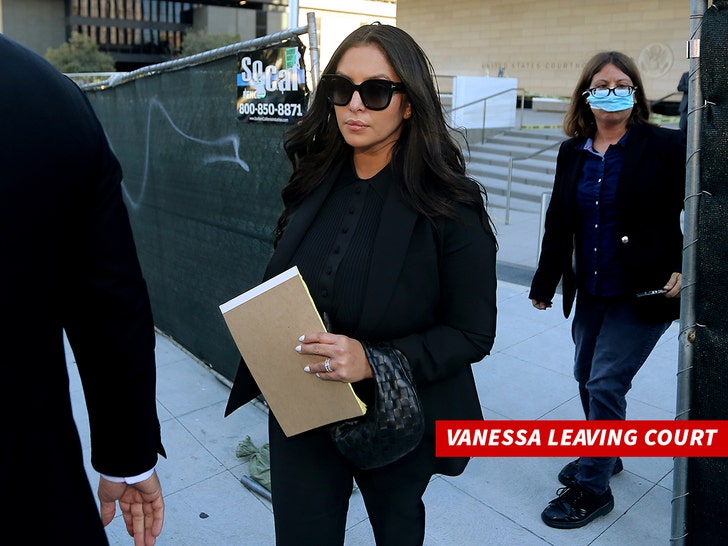 As we reported … Vanessa sobbed in court Thursday during opening statements, with her lawyer telling the jury the 8 L.A. County Sheriff’s deputies who snapped pics of Kobe and Gigi‘s bodies at the helicopter crash scene did it for personal use.

Vanessa’s lawyer says she lives “in fear, anxiety and terror” of someday seeing the photos … and she will be forever haunted by the deputies’ actions.

Lakers GM Rob Pelinka, who was Kobe’s agent, took the stand Thursday, and was barely able to speak when talking about his close relationship with KB.

Pelinka says he was in church when he was notified of the crash, rushing to meet Vanessa at an airport, and going with her and deputies to the crash site, where he says they were promised the area would be kept private.

Rob says Vanessa fears what might happen to her daughters if the photos get out.