By Olivia Devereux-evans For Mailonline

A rescue operation has been launched after two rollercoaster trains collided in southern Germany, injuring 34 people, two of them seriously.

The accident happened today in the station area of the ‘Feuerdrache’ (Fire Dragon) rollercoaster at Legoland in Guenzburg, when one rollercoaster train braked sharply and another drove into it.

Those involved in the collision suffered injuries including bruises and abrasions, with two people seriously hurt.

Three rescue helicopters and fire and rescue services were sent to the scene. It was not immediately clear how the crash happened. 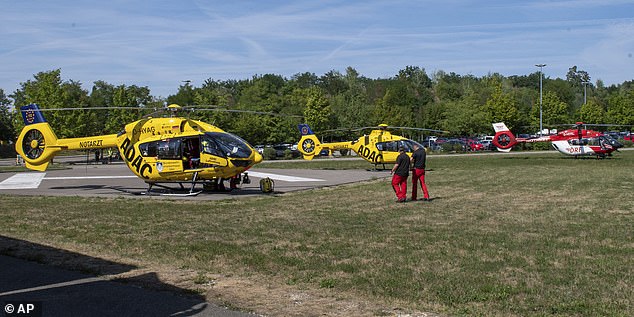 Three rescue helicopters, pictured, were sent to the scene of the Feuerdrache rollercoaster after the trains crashed into each other at Legoland in southern Germany 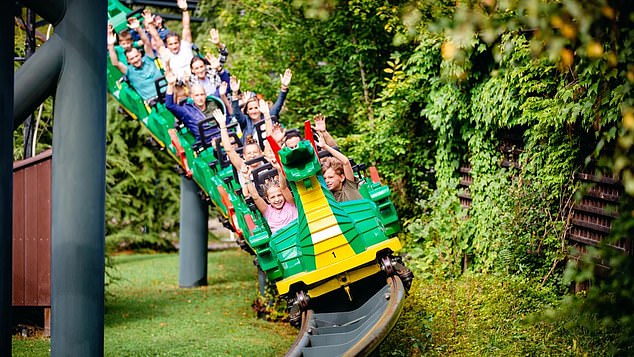 A spokeswoman for Legoland said this afternoon that one of the two trains had already been cleared and the second one was being evacuated.

She added that all rescue workers at Legoland are on duty and that the park will remain open for now.

It is unclear what led to the accident on the ride, which first goes through a covered and darkened area of the park.

The ‘Feuerdrache’ rollercoaster then goes into the fresh air with slopes and a few curves and can travel at speeds of up to eight meters per second, or around 29 kilometres per hour.

The latest incident comes after a 57-year-old woman fell off another ride in an amusement park in Klotten on the Moselle in Rhineland-Palatinate last Saturday and died.

And the accident at Germany’s Legoland comes days after the hotel in the Windsor branch of the amusement park shut due to a fire. 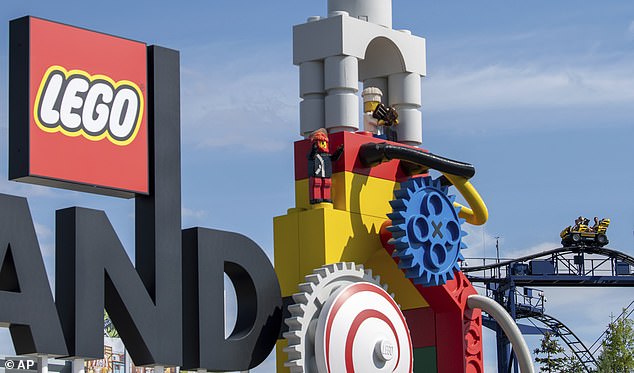 A spokeswoman for Legoland, pictured, said this afternoon that one of the two trains had already been cleared and the second one was being evacuated

A blaze broke out in a canopy above the entrance of the hotel on Sunday afternoon.

Guests at the hotel were evacuated by staff and taken to a restaurant at the resort while fire crews extinguished the blaze. No one was hurt and the cause of the fire is unknown.

Those due to stay at the hotel were taken to other hotels or refunded their money.

After repairs and checks the hotel was today set to reopen.

In a statement Legoland said: ‘We apologise to our guests for the inconvenience and would like to thank them for their patience whilst we assist everyone with rearranging their bookings.’