Ahead of another walkout by rail workers on Wednesday, she said she would introduce legislation to ensure a minimum level of service for roads, railways and gas supplies.

Her pledge came before the Tory leadership frontrunner endured a series of aggressive and hectoring attacks from rival Rishi Sunak tonight in a debate broadcast on BBC One. The former chancellor interrupted and talked over her as she tried to answer host Sophie Raworth’s questions.

Miss Truss wants to raise the minimum threshold of support for strike action from 40 per cent of eligible workers to 50 per cent.

And she promised to double the notice period for industrial action to four weeks as well as stop members receiving tax-free payments from their unions on strike days. ‘We need tough and decisive action to limit trade unions’ ability to paralyse our economy,’ said the Foreign Secretary.

‘I will do everything in my power to make sure that militant action from trade unions can no longer cripple the vital services that hard-working people rely on.’

Mr Sunak indicated he also would take a tough line on the unions if he became prime minister. 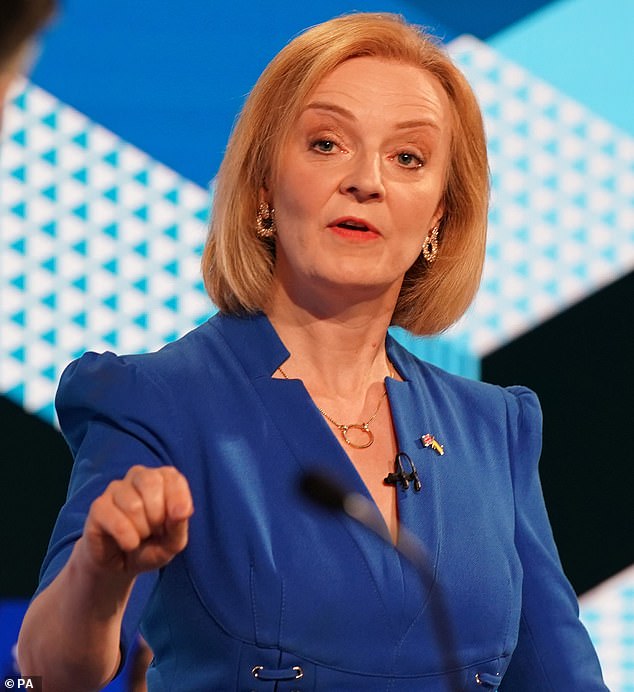 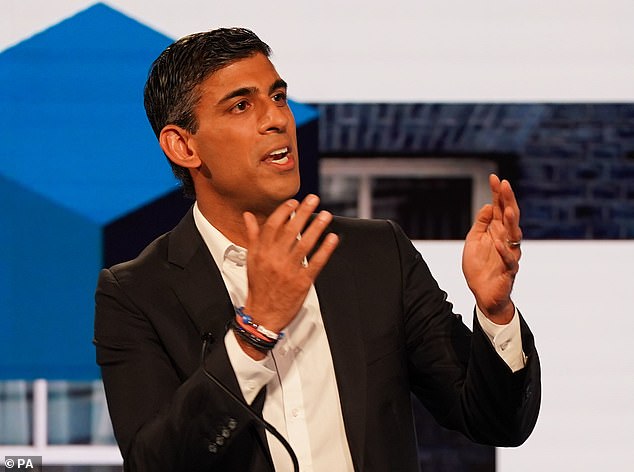 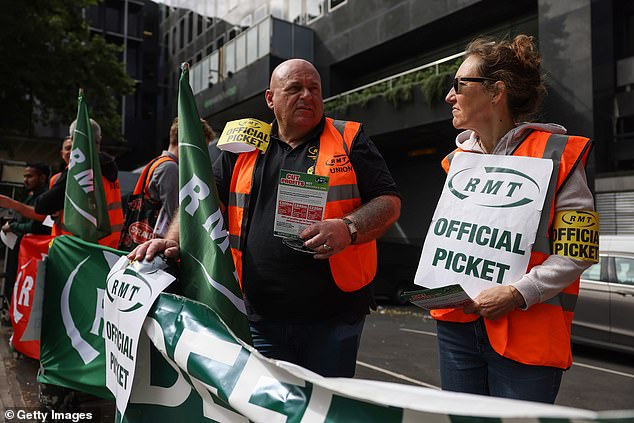 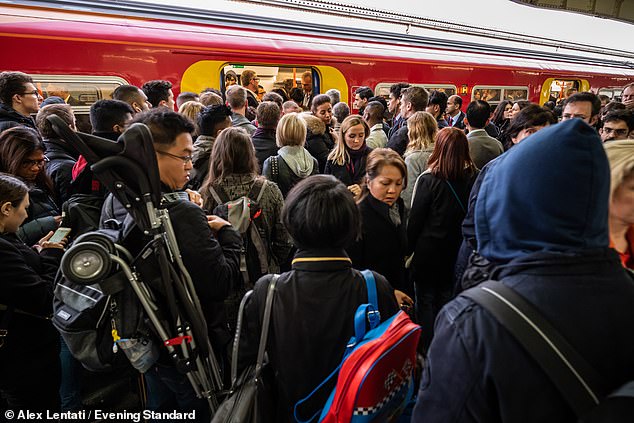 Commuters will forced to cram into trains as more than 40,000 rail workers will strike next week after talks failed

‘We need to urgently deliver our 2019 manifesto commitment to require minimum service levels during transport strikes,’ he insisted.

Here’s what Liz Truss will do

Contents hide
I. Here’s what Liz Truss will do
II. Give This Article A Share:
Also Read  MARK KEOHANE | Boks must play the team not the All Black jersey

‘As prime minister, I will stop the unions holding working people to ransom. I will do whatever it takes to make sure that unions cannot dictate how the British people go about their daily life.’

Members of the Rail, Maritime and Transport union will walk out at Network Rail and 14 train operators tomorrow.

Only a fifth of services will run, on about half of the network, and passengers are being urged to avoid the trains.

‘Network Rail have not made any improvement on their previous pay offer and the train companies have not offered us anything new,’ he said. ‘In fact Network Rail have upped the ante, threatening to impose compulsory redundancies and unsafe 50 per cent cuts to maintenance work if we did not withdraw our planned strike action.’ 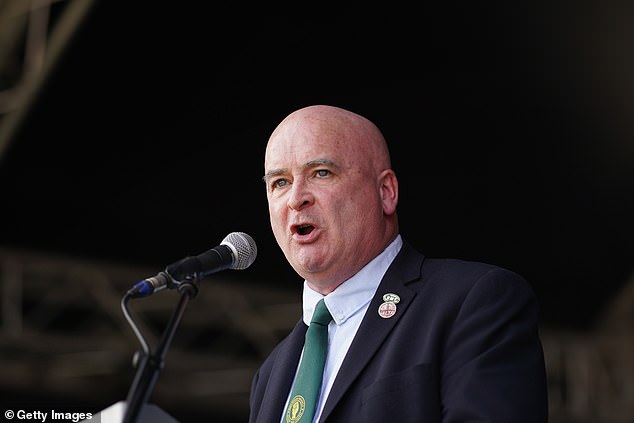 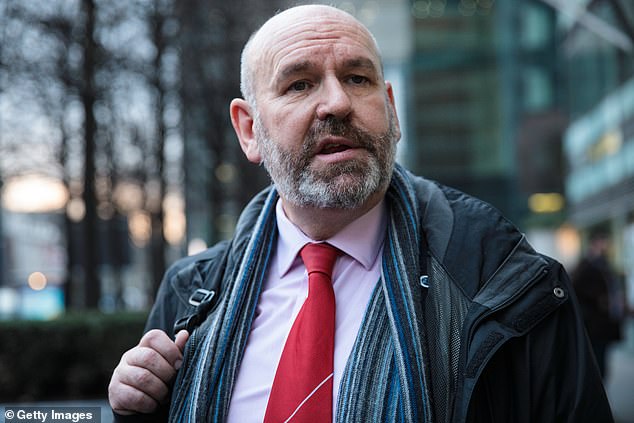 Mick Whelan, general secretary of train drivers’ union Aslef, said that ‘nobody in the rail industry has had a pay rise for three years… and the cost-of-living crisis is hitting all workers’

The RMT caused widespread travel disruption when 40,000 workers walked out for three days last month in the biggest rail strikes in a generation.

Network Rail fears that the strikes will go on for months – and could be prolonged by the Tory leadership race.

A source compared it to the signallers’ strikes of 1994, which ended only when workers could no longer afford to continue their action.

Another insider said: ‘I can’t see how Liz or Rishi will earn any votes by going soft on the trade unions.’

Britain is braced for a wider wave of industrial action in the coming months in response to below-inflation pay rises for scores of public sector workers. Trade union bosses said the awards announced – reaching almost 10 per cent for the lowest paid – amounted to a pay cut given the soaring cost of living.

Yesterday the TSSA union announced that workers for seven train companies would walk out on August 18 and 20. The RMT has already declared strikes at Network Rail and 14 operators on the same dates.

A law change this week means businesses can now use agency workers to fill vital staffing gaps caused by industrial action. The measure was announced by Boris Johnson in a bid to reduce disruption from walkouts after last month’s rail strikes. Miss Truss’s proposals go further, but her measures are certain to provoke a backlash from unions and could struggle to get through Parliament. 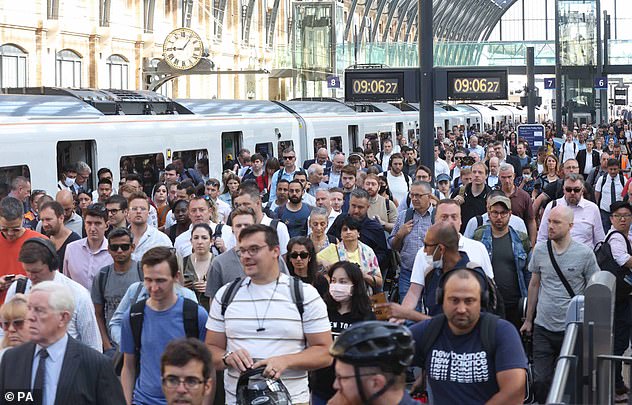 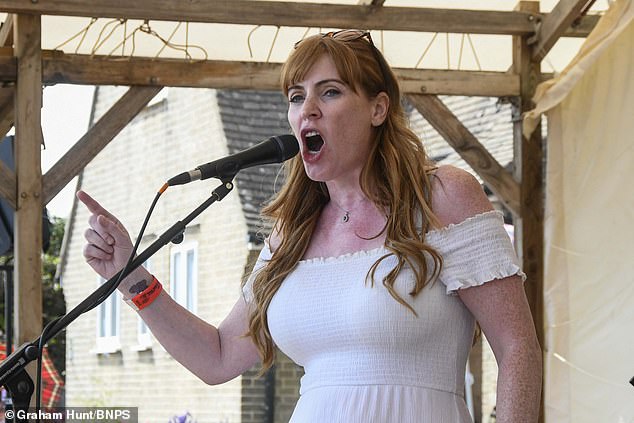 ‘Threatening the right to strike means working people lose the power to bargain for better pay and conditions.

‘Instead of taking potshots at working people and their unions, the candidates should come up with plans to get wages rising again.’

Angela Rayner, Labour’s deputy leader, said: ‘Liz Truss is looking to blame anyone and everyone else other than herself for the mess the Conservatives have made of the past 12 years.

‘As we saw with the Government’s plans to break strikes with agency workers, these plans are unworkable, will only erode working people’s rights further and inflame industrial relations.’

But a spokesman for Miss Truss’s campaign said: ‘Liz is determined to stand up for people who work hard and do the right thing.

‘For too long, trade unionists have been able to hold the country to ransom with the threat of industrial action.

‘The steps she has announced today will finally allow the government to take back control from trade union barons and deliver the economic growth we need.’