The biggest family in Britain has welcomed its newest member after mother of 22 Sue Radford welcomes the arrival of a new granddaughter.

Her daughter Chloe Radford, 26, announced the birth of her baby daughter on Instagram today.

The third oldest Radford child shared a photo of herself with her new daughter and partner Jake Wallace.

She wrote: ’23rd July 2022 our beautiful daughter made her entrance into the world and we are in the biggest baby love bubble you can imagine.

‘6lb 2oz of pure perfection and I can’t quite believe she is ours. I am just so in love with her’ 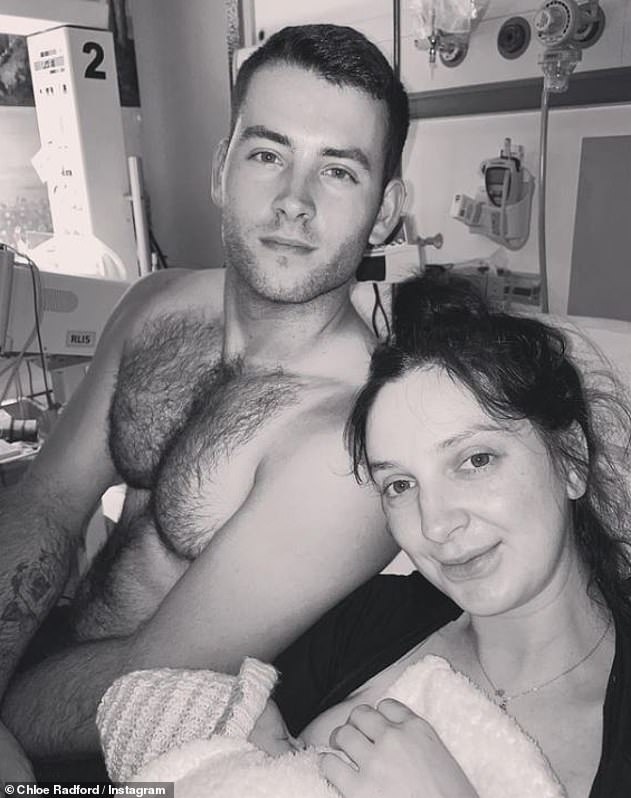 Mother-of-22 Sue, and grandmother to over 10, shared the family photo to her Instagram stories, where she wrote: ‘So proud of Chloe and Jake, she’s a little beauty, can’t wait to meet her.’

The Radfords caught the public’s attention as Britain’s biggest family in 2012 on a Channel 4 documentary 15 Kids and Counting, which followed their lives at home, getting through mountains of washing and food shopping.

Many new series on the family have aired since then, and the most recent was 22 Kids and Counting, which aired in May this year.

The couple, who were both adopted, also have over 10 grandchildren, and have not yet ruled out having more children but have said that it is rather unlikely.

The large family does not rely on benefits and support themselves financially with their pie shop, which saw a boom of business over lockdown. 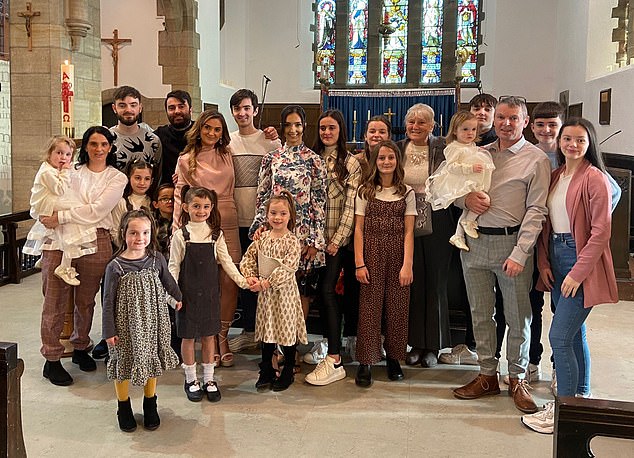 The Radford family is known as Britain’s biggest family

Chloe works in the pie shop and her proud father Noel would tell his customers: ‘My daughter Chloe is the next generation of artisan pie maker!’

The Radfords live in a 10-bed former care home and often share their millionaire lifestyle online to their fans and followers.

There were plenty of kind comments on Chloe’s post, which has got over 25,820 likes already.

‘Congratulations to you both. Exactly eight years ago I was in the same newborn bubble, my son is eight today. It’s a great day for a birthday! Lots of love,’ another Instagram user wrote below the photo of Chloe, Jake, and their new daughter.

Last month, Sue took to her Instagram Stories to reveal that for the first time in 30 years, their family home does not have a cot in it following youngest Heidie turning two.

Sharing a clip of the cot being dismantled, Sue wrote in June: ‘So this has just happened – the cot is gone.

‘For the first time in over 30 years we don’t have a cot in the house.

‘Such a massive milestone which feels weird but good.’