The Secret Service barely made it out of the Capitol January 6th along with Vice President Mike Pence … and never-before-seen video shows just how close they came to calamity.

The January 6th presented video Thursday night showing a portion of the frantic 13 minutes in which the Secret Service tried to snake its way through the riot-torn building and bring the Veep to safety.

You hear and see the sheer desperation as one of the agents says if they don’t get out now they may lose their ability to leave the building. They were literally feet from the mob, which was chanting “Hang Mike Pence.” 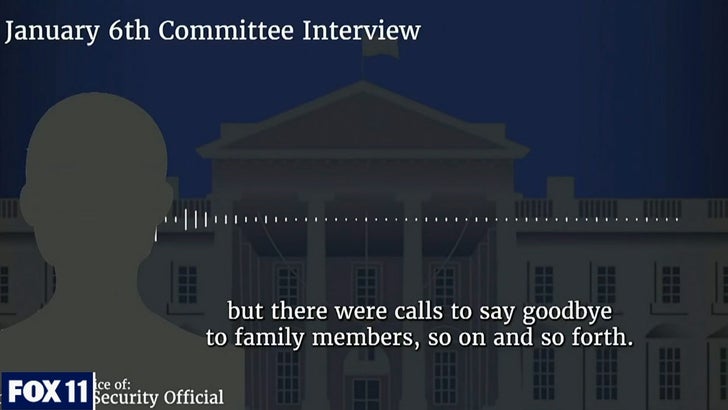 An anonymous White House official testified how grim the scene was — there were agents asking home base to contact their families to say goodbye. It was that desperate, and you hear and feel it.

The hearing presented a compelling case that Donald Trump was the puppeteer for his minions who stormed the building, sitting in his dining room for more than 2 1/2 hours watching TV and refusing to do anything to quell the violence. He frankly seemed pleased it was happening, and, as several witnesses put it … “he added fuel to the fire.”