A famous walrus in Norway has been killed after the government there thought it was getting a little too close for comfort when it came to human contact.

The Director General at the Norwegian Directorate of Fisheries announced Sunday that Freya — the 1,300 pound walrus in question — was euthanized after officials deemed its habits of approaching humans and their boats were becoming too dangerous and a risk to the public. 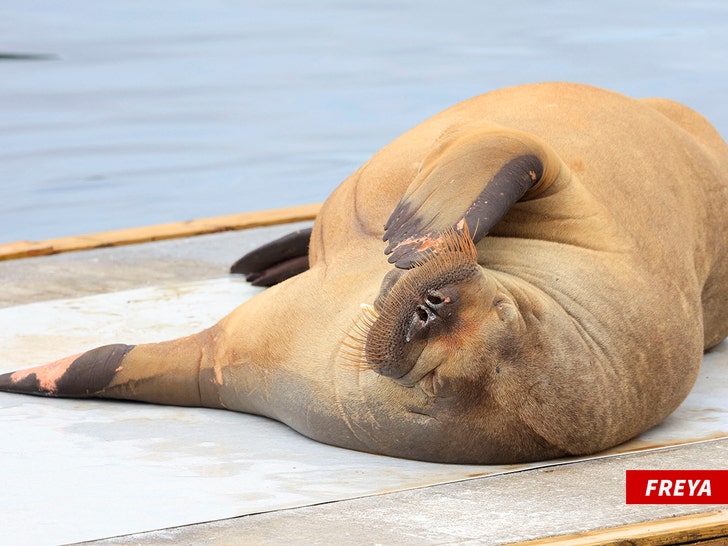 Frank Bakke-Jensen, the honcho, says, “The decision to euthanize the walrus was made based on an overall assessment of the continued threat to human safety.”

Freya made a splash this summer after flopping itself into boats near the Oslo Fjord — where they’d often be docked. In some cases, she partially sank the vessels … and in others, she was able to catch a little tan in the sun, minding her own business as people looked on.

Freya, the 600-kg walrus, has taken up residence in Norway’s 🇳🇴capital city of Oslo, capturing the hearts of locals while basking in the sun.

It might be those same people who are to blame for this, so say Norwegian officials. Their rationale to putting the animal down has been chalked up to the massive crowds that would form around Freya whenever she’d come near — which is rare for walruses.

Spectators would approach and take selfies, something the government says was towing the line of potential harm — and which caused officials to warn everyone to stay away.

In memory of #Freya – the wandering Walrus that graced us here Shetland last winter.

MURDERED today by the Directorate of Fisheries in #Norway because she was perceived as a “continued threat to human safety”.

Abhorrent and unforgivable on every level. pic.twitter.com/Nu6z1qnIpl

Some are angry that the walrus was euthanized, arguing it wasn’t necessary and that it would eventually swim away on its own. But the fisheries director is holding his ground on the call — telling CNN, “We have sympathies for the fact that the decision can cause reactions with the public, but I am firm that this was the right call,” Bakke-Jensen continued. “We have great regard for animal welfare, but human life and safety must take precedence.”