School-leavers face double heartbreak this week as tens of thousands are expected to lose their university place – then struggle to find a replacement.

Analysis by the Daily Mail shows competition to snap up Clearing courses on A-level results day will be the fiercest it has been in years, with some predicting the worst squeeze in living memory.

Figures reveal the number of last-minute courses available at elite Russell Group universities has halved in just two years. It means those who fail to achieve the grades needed for their first-choice course are likely to be disappointed again when they try to find an alternative.

The higher education watchdog is now warning A-level pupils to prepare for ‘disappointment’ next week when results are announced.

The Office for Students predicts a notable increase in rejections from preferred universities as exam boards are advised to tackle grade inflation.

The watchdog told the Telegraph that even those pupils who ‘wouldn’t dream’ of missing the terms of their offer could struggle because their grades will be worse than what their teachers predicted. 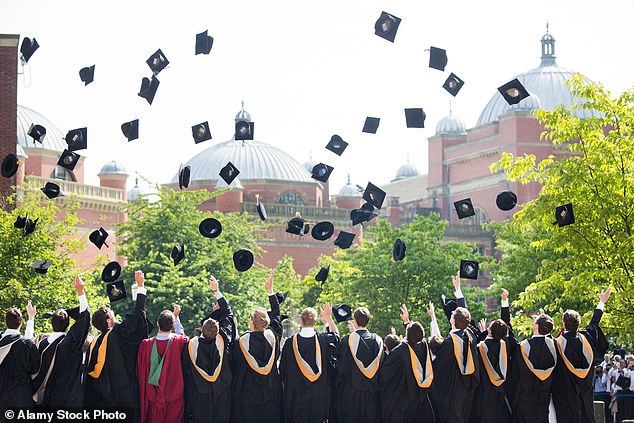 And Lee Elliot Major, professor of social mobility at the University of Exeter, warned: ‘If students drop a grade when they get their results, they will have to really fight for places. The guarantees of previous years will no longer be in place.’

Contents hide
I. Universities shutting out UK students
II. Give This Article A Share:

Top universities are rejecting UK students as they look abroad to fill their coffers, it was warned yesterday.

A record number of British teenagers have been shut out by elite universities and it is feared admissions tutors may be taking international students instead.

Figures suggest the most selective institutions, including Oxbridge, turned away nearly four in ten UK candidates who applied this year, the biggest rejection rate ever recorded.

At the same time, the proportion of entrants to Russell Group universities that pay the higher international level of fees has soared. Last year it hit 23 per cent – the highest ever level – compared to 12 per cent in 2006.

Yesterday university leaders said ‘high-tariff’ institutions – those that ask for the best grades such as the Russell Group – are increasingly recruiting for India and China.

Sir Chris Husbands, vice-chancellor at Sheffield Hallam University, told the Sunday Times such institutions are ‘pulling back from the UK market because they can charge higher prices in international markets’.

Nearly 70 per cent of students at the London School of Economics are now from overseas. The Department for Education said: ‘UK students take up the vast majority of places on university undergraduate courses so it is not right to suggest…. [this factor] has caused a squeeze of places.’

Mr Major said even pupils who achieve high grades will find it harder to secure desirable Clearing courses, warning: ‘High-achieving students will have to hustle for places. For those who miss their grades, it could have big consequences for their futures.’

Teenagers will receive their A-level results on Thursday after sitting their exams in the traditional fashion this year for the first time since the start of the pandemic.

However, up to 60,000 are expected to fall short of predicted grades due to harsher marking as officials try to slow rampant grade inflation.

Clearing is a second chance for students to secure a university place, matching them with unfilled degree courses via the Ucas website. But there will be fewer elite places available, partly because of the record number of 18-year-olds applying this year. Universities are also trying to regain control of numbers after a surge over the last two years.

For this reason, many institutions encouraged thousands of A-level pupils to defer their place last year, so they will be taking up spots this year.

Yesterday university leaders warned a drive towards recruiting lucrative international students could also be contributing to a squeeze on places. While the number of international students at Russell Group institutions has soared, the proportion of UK students being rejected by these universities has risen. A Daily Mail analysis reveals that at the end of last week, only 2,353 full-time undergraduate degree courses at 17 of the 24 Russell Group universities were being advertised for students in England through Clearing ahead of results day.

That is a 24 per cent drop in available courses compared with a similar snapshot survey taken five days ahead of A-level results day last year. In 2021, 3,085 degree courses at 15 top universities had spaces for students in England via Clearing. The number of top courses in Clearing is 48 per cent down on 2020, when 4,509 were advertised at 17 Russell Group universities a week before A-level results day. 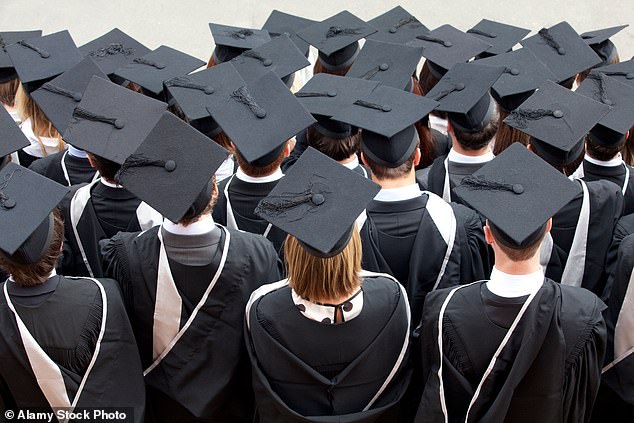 Many institutions encouraged thousands of A-level pupils to defer their place last year, so they will be taking up spots this year

Ofqual has announced this year’s grade boundaries will be roughly set between 2019 pre-pandemic levels and 2021, when teacher assessments were used to set grades.

A report, Return to Exams, published by Mr Smithers on Saturday, estimated around 13.5 per cent of entries will be graded A* and 35 per cent A or A*. These figures equate to about 82,500 fewer A* and A grades than last year. The report said that if an average of two grades is dropped by each candidate affected, then more than 40,000 ‘will be at risk of losing their preferred place’. But that figure could be as high as 60,000.

Mark Corver, of the DataHE consultancy, said pupils may need to be ‘a bit more flexible on subject or university than in previous years’. Last night, analysis by DataHE published in The Guardian showed 28,000 A-level pupils who applied to go to university were still without an offer. This compares with just 16,000 at this stage of the admissions process in 2019.

A Russell Group spokesman said universities are ‘working hard to give as many people the opportunity to study with them as they can’.