Roger Waters got into a heated debate with a CNN host about who’s really to blame for the war in Ukraine — saying it’s actually the U.S. and NATO that are fueling the ongoing conflict.

The Pink Floyd rocker sat down with Michael Smerconish on his weekend show, and they were getting into it over Ukraine and China as well … with RW taking the position that not all is as it seems when it comes to who’s at fault for the fighting dragging on this long. 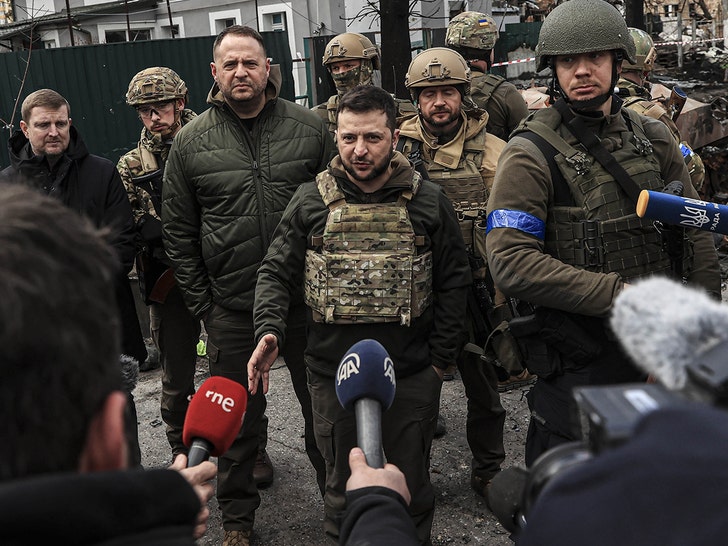 Watch … he says we, the States, are partly at fault for keeping it going by not pressuring Zelensky to strike a deal with Putin for a cease-fire — but instead, continuing to fund/supply their military efforts (Ukraine’s, that is).

Smerconish pushes back on that, pointing out that Roger here seems to be pointing the finger at the country that was invaded — but there, too, Roger doubles down … and says this thing has been going on for far longer than just a year, arguing NATO has stoked the flames.

When he’s confronted with the notion that America has an obligation to step in and be “liberators” … Roger kinda loses it, saying they have no such place in the world — even contesting that they weren’t going to get involved in WWII until Pearl Harbor was attacked.

One last thing … they also talk Taiwan, and Roger once again takes a counter viewpoint that the nation does, in fact, belong to the People’s Republic, despite what the U.S. might think.

Wow, this is amazing! Pink Floyd’s Roger Waters to CNN: “[China] is not encircling Taiwan, Taiwan is part of China! And that’s been absolutely accepted by the whole of the international community since 1948.
pic.twitter.com/AlSWd57ex4

He sounds very pro-China/pro-Russia … at least that seems to be the consensus on Twitter, and the dude is getting dragged heavily for it. Roger, however, seems set in his mindset.