Police in Milan are adamant they did nothing wrong when holding soccer star Tiemoue Bakayoko at gunpoint … saying while the situation ended up being a “misunderstanding,” they were in the midst of searching for someone allegedly involved in a shooting.

“With reference to the video released today, related to a police check carried out against the Milan player Tiemoue Bakayoko, we underline that the check — occurred during an operation whose context justified the adoption of the highest security measures,” police said in a statement to CNN.

Shocking footage of Milan’s Bakayoko in Milan’s downtown held at gunpoint by police cause taken for someone else.

Check when one of cop goes telling to the colleague searching him that it’s not the suspect but a Milan player, and the cop saying “WHO?!?”
pic.twitter.com/B0PTYiXnc5

Police said the search “was carried out in a manner that was absolutely consistent with the situation of danger” for “self-protection purposes.”

“It was a misunderstanding, but colleagues behaved correctly,” police said.

The incident involving 27-year-old Bakayoko — who joined Milan on a two-year loan last summer — happened about two weeks ago, but went under the radar until video of the incident went viral on social media Monday. 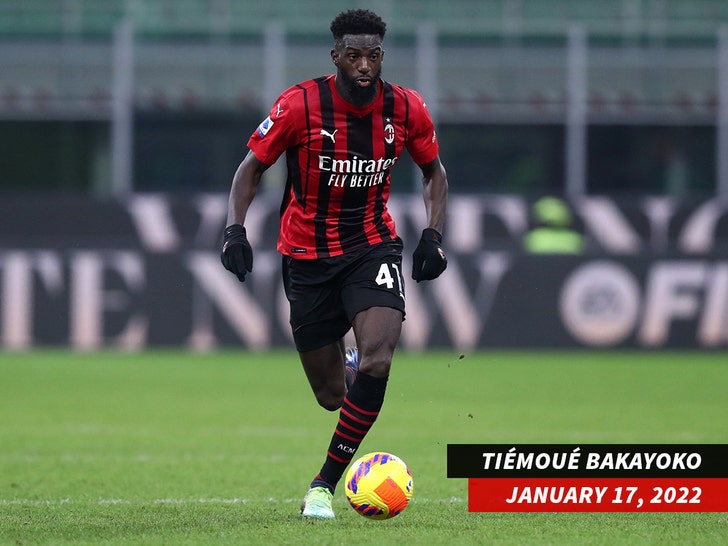 On Monday, AC Milan said the search occurred following a shooting in the nearby area.

Police added once they established Bakayoko’s identity and confirmed he had no role in the crime(s) allegedly committed, he was released without further incident.

“Once the person had been identified and established that he was not involved, the service was resumed without any kind of remark from the person concerned.”