Rebekah gets ‘honest’ in the witness box

There were several tense exchanges between Rebekah and Coleen’s lawyer David Sherborne, who had accused the WAG of having ‘selective amnesia’.

He also accused the WAG of being dishonest under oath, announcing: ‘You’re making this up, aren’t you Mrs Vardy?’ The reason you can’t get your story straight is because you’re lying.’

Yet amid the tense atmosphere there was one moment that elicited several chuckles as Rebekah started an answer during cross-examination by saying: ‘If I’m honest…’

Sherborne was quick to jump in and say, ‘Well I’d much rather you’re honest because you’re standing in the witness box,’ prompting several giggles from the crowds.

Undoubtedly one of the most talked about moments in the case was the unexpected courtroom chatter about the size of Peter Andre’s genitalia – which had been compared to a ‘chipolata’.

Peter, 49, was dragged into the case when Coleen’s lawyer Sherborne, read out excerpts of Rebekah’s 2004 News of the World article about him to demonstrate that she has form for giving stories to the media.

Following an alleged one night stand in 2001, Rebekah sold her story to the tabloid, in which she was quoted saying: ‘When he pulled down his ­trousers I couldn’t believe it. It was like a ­miniature chipolata.’

When confronted about her crass comments in court, Rebekah claimed that she had been ‘misrepresented’ in the story and said she had been coerced to do the interview by an abusive ex-partner when she was just 22.

Peter – who is married to Emily MacDonagh, a doctor 17 years his junior, with whom he has daughter Amelia, eight, and son Theo, five – has since insisted that he feels no ‘bitterness’ towards Rebekah but had to apologise to his family after the unflattering comments were repeated in court. Peter also has son Junior, 17, and daughter Princess, 15, with ex-wife Katie Price. 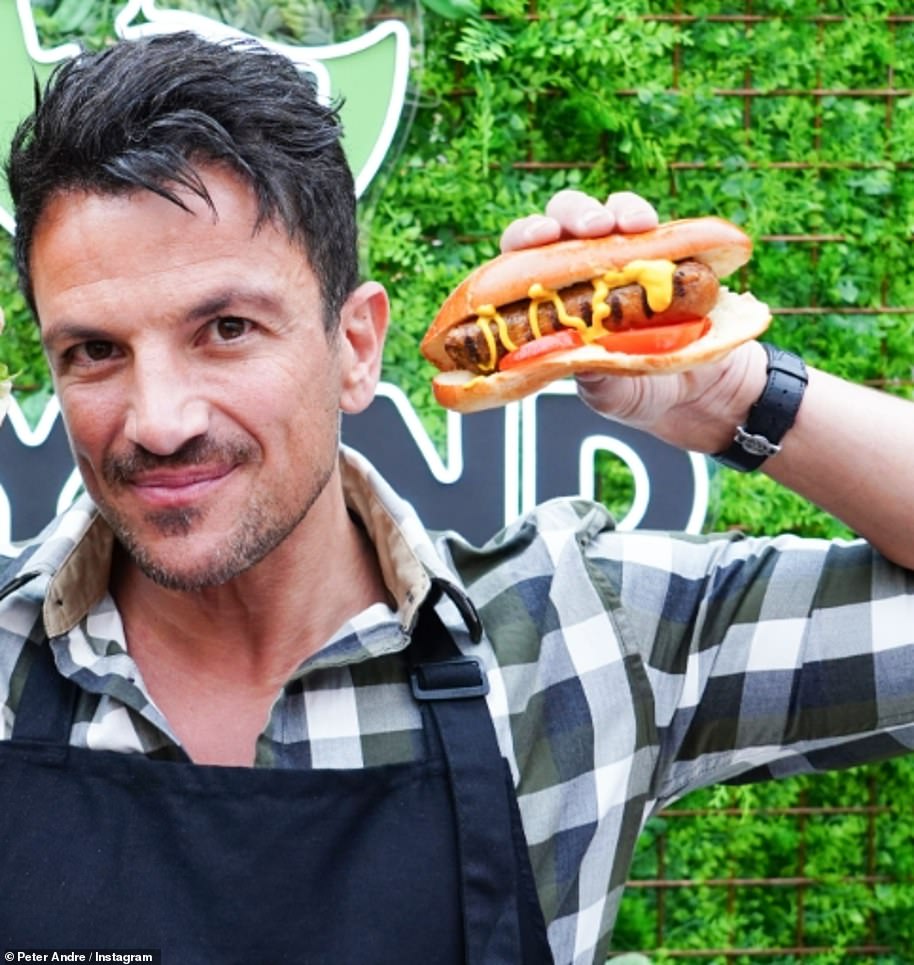 Gossip: Undoubtedly one of the most talked about moments in the case was the unexpected courtroom chatter about the size of Peter Andre’s genitalia – which had been compared to a ‘chipolata’

Coleen is compared to a pigeon

One of the most notable quotes from the trial were Rebekah’s comments that arguing with Coleen was ‘as pointless as arguing with a pigeon’.

Coleen was seen in the courtroom looking on intently as the court heard a quote that Rebekah gave to the Daily Mail, shortly after the original leaking accusation was made.

In the interview she exclaimed: Arguing with Coleen is like arguing with a pigeon. You can tell it that you are right and it is wrong but it’s still going to s**t in your hair.’

Reflecting on her remarks, Rebekah showed remorse on her choice of words, declaring: ‘Rightly or wrongly, maybe that interview shouldn’t have been done. I don’t know… I wasn’t thinking straight the day after this had happened.’

Many were shocked to learn that Rebekah had once got into a heated argument with singer Sarah Harding at the 2018 National Television Awards after the Girls Aloud singer spotted her rifling through her handbag.

In her written statement, Coleen said that she was ‘aware’ that Rebekah had ‘provided various pieces of ‘behind the scenes’ footage for The Sun’.

Coleen claimed: ‘She also got in a spat with former Girls Aloud group member Sarah Harding during the 2018 event because Sarah apparently caught Becky taking photographs of the contents of Sarah’s handbag when Sarah had dropped it on the floor. Their dispute subsequently appeared in The Sun.’

According to an article published at the time in The Mirror, Sarah accused Rebekah of taking ‘sneaky pictures’ of her, sparking a ‘heated’ row between the pair that caused a ‘huge scene’.

Sources claimed that Sarah had dropped her bag inside the bash, and as she proceeded to pick up her belongings from the floor, she saw a camera flash and I’m A Celebrity star Rebekah standing nearby with her phone in her hand.

It is said the singer saw red and accused mother-of-five Rebekah of taking sly pictures of her, with Rebekah insisting that hadn’t been the case, offering to show Sarah her phone, before demanding an apology from the Celebrity Big Brother star.

Sarah did not discuss the incident publicly at the time, and tragically passed away in September 2021 at the age of 39 after battling breast cancer.

Shocking: Sarah Harding (left) is said to have got into an argument with Rebekah (right) at the 2018 National Television Awards (red carpet pictured) after spotting her taking photos inside her handbag

Crucial evidence ends up ‘in the sea’

A preliminary court hearing in February revealed a series of explosive messages between Rebekah and her agent Caroline Watt – which Coleen’s lawyers alleged were about her.

The court was told Rebekah was not referring to Coleen when she called someone a ‘nasty b***h’ in one exchange with Caroline.

Rebekah’s lawyer Hugh Tomlinson QC said ‘we have no way of knowing’ if this was done to destroy evidence or an accident, adding ‘Mrs Vardy doesn’t know… and this can’t be used against her.’

He later went on to state Rebekah ‘has no knowledge’ of an incident that saw her agent’s phone fall into the North Sea and ‘doesn’t know’ if she was a leaker.

As Rebekah was grilled about the phone in question, the WAG asked the High Court ‘who’s Davy Jones?’ following a nautical reference by Coleen’s barrister.

The High Court burst into laughter after the exchange – which concerned the claim that Rebekah’s agent lost her phone containing WhatsApp messages when it fell off a boat into the North Sea.

The judge then had to describe the idiom, which refers to the legendary resting place of sailors who have drowned at sea.

The idiom inspired a fictional character in the Pirates of the Caribbean film series who served as the tyrannical captain of ghost ship the Flying Dutchman.

The fictional Davy Jones should not be considered with Monkees singer David Thomas Jones, who also adopted the name. 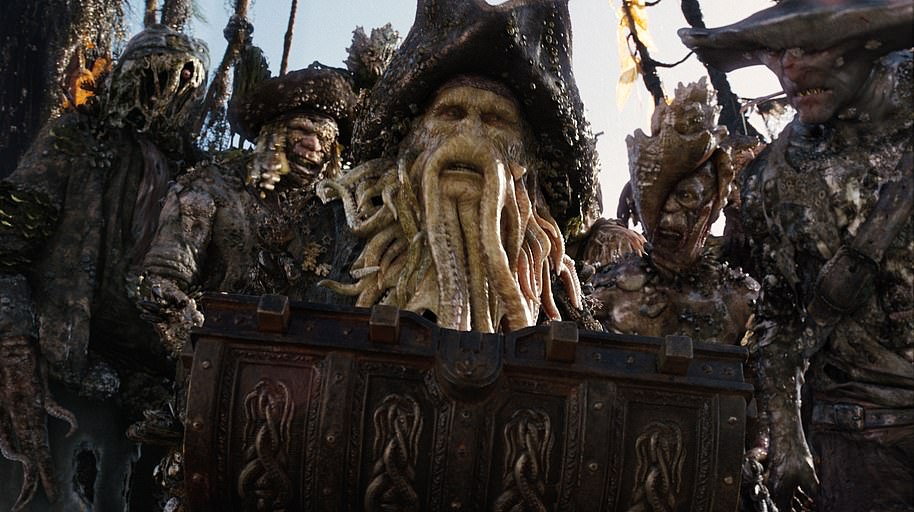 The silence of the lads

Rebekah was accused of trying to ‘do the dirty’ and spill the beans on unrest in the Leicester City dressing room when star player Riyad Mahrez went ‘on strike’, the High Court heard.

The court heard Rebekah contacted her publicist after Mahrez failed to turn up for training for the second day running. At the time of the exchange in February 2018, Mahrez was seeking a move to Manchester City.

In the WhatsApp message, Rebekah wrote: ‘Mahrez not turned up for training again. The lads are fuming.’

As her agent suggested she contact TV reporter Rob Dorsett who was one of the journalists covering the story for Sky Sports News, Rebekah replied that she didn’t want the story to ‘come back on me.’

Under cross examination from Coleen’s barrister, Rebekah said she did not know whether or not her husband’s then teammates were ‘fuming’ about Mahrez not turning up for training.

‘It was probably something I was plucking from thin air. It was just a gossip that was all… Jamie and I never discussed whether ‘the lads were fuming’.’

As the trial continued the High Court heard how Rebekah received a text from her agent, announcing ‘it was me’ after Coleen first publicly claimed that someone had been leaking stories from her private Instagram.

Rebekah agreed her agent ‘appeared to be the source’ of a news story on Coleen’s 2019 car crash that ended up in The Sun but was questioned by Coleen’s lawyer on why she did not challenge her.

She said it was because she had been ‘watching Dancing on Ice’ and was distracted by Gemma Collins’s infamous ‘faceplant’.

Rebekah was referring to the moment the celebrity tripped and fell face-first on the ice during one of the routines in the ITV show.

Gemma’s face plant has cemented itself as one of pop culture’s most iconic moments in recent years, with Gemma later admitting she thought her ‘life was over’ when she tripped onto the rink. 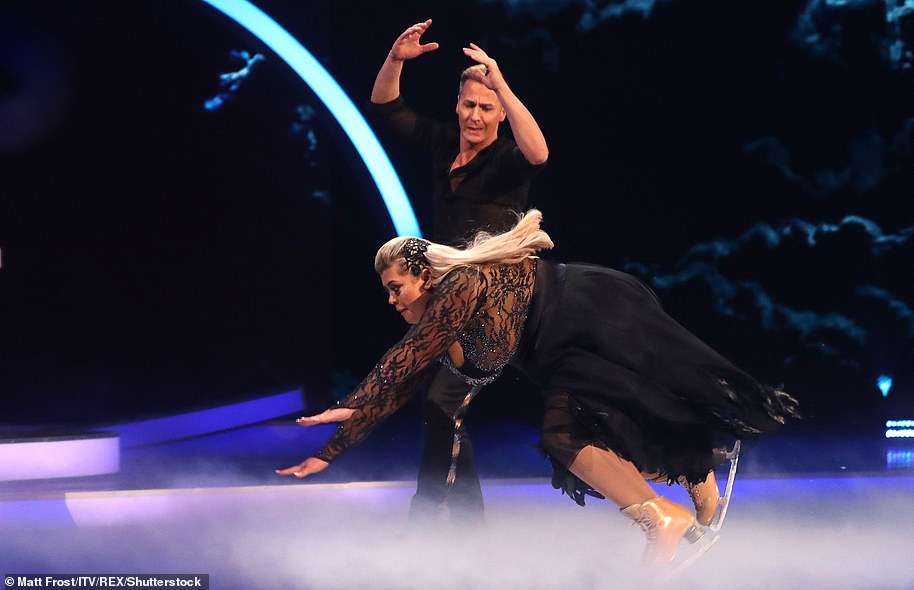 Down she goes: Rebekah agreed her agent ‘appeared to be the source’ of a news story on Coleen’s 2019 car crash but said she hadn’t challenged her because she was ‘watching Dancing on Ice’ and was distracted by Gemma Collins’s ‘faceplant’

It all ends in tears

During a gruelling cross-examination on the third day of the trial, Rebekah broke down twice – resulting in the trial being temporarily halted so she could compose herself.

The first time, Rebekah had corrected Coleen’s Sherborne lawyer after he confused her for Coleen, prompting him to reply, ‘Is that your best point Mrs Vardy?’.

After she began crying, her barrister Tomlinson QC rose to his feet to intervene, saying Sherborne was ‘constantly commenting and making remarks to the witness’.

It led to the judge saying: ‘It is unnecessary and there’s not really enough time for those comments in any event.’

Moments later the judge asked if Rebekah would like to take a break as she appeared distressed. She adjourned the hearing for 10 minutes to allow Rebekah to compose herself.

In the second incident – less than half an hour later – Rebekah became emotional after she was questioned over a fake story posted by Coleen about a flood at her £20million Cheshire home, which has been likened to a Morrisons supermarket.

Rebekah had told the court she had not seen Coleen’s Instagram post, only for Sherborne to remind her of a statement made two years ago when she admitted she had seen it.

Becoming visibly upset, Rebekah’s voice broke up as she said: ‘There was a lot of abuse at the time.’

Rebekah and Coleen’s husbands found themselves dragged into the Wagatha Christie trial, with ex-England captain Wayne testifying that team manager Roy Hodgson asked him to have an ‘awkward’ chat with Jamie to tell his wife Rebekah to ‘calm down’ during Euro 2016.

Wayne told the court during his evidence that Rebekah’s behaviour was a distraction for the England team and there were concerns that she was writing a diary column during the tournament.

But his ex-England teammate Jamie hit back after Wayne’s evidence by releasing a press release accusing Wayne of being confused and insisting that the players’ chat never happened.

Rebekah said in court that the conversation never took place, but her husband, Leicester City striker Jamie, 35, did not give evidence in the case. Instead, he sat at his wife’s side yesterday and stared daggers at Wayne.

After the mid-afternoon break, the Vardys left the court building early, shortly after Rebekah’s publicist issued a sensational statement from Jamie accusing Wayne of ‘talking nonsense’ and being ‘confused’ 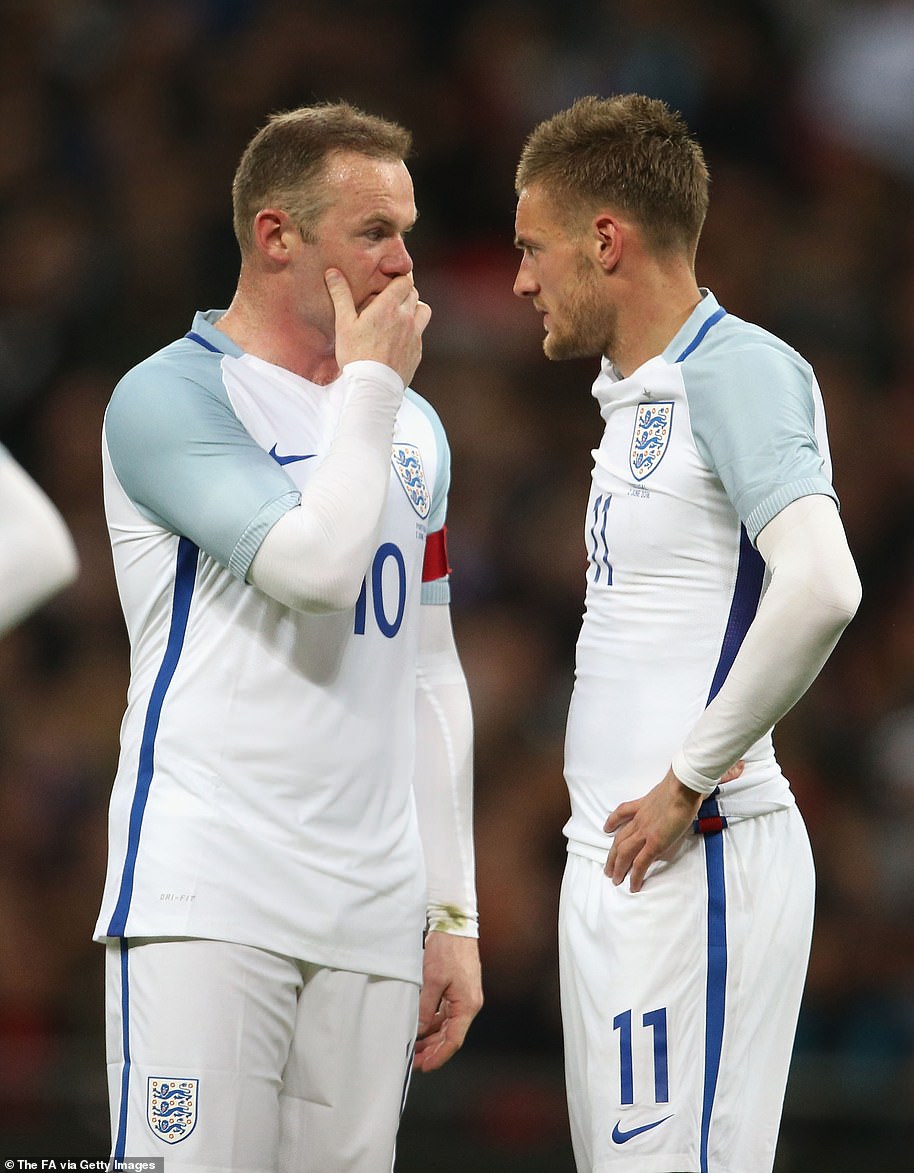 Tension: Rebekah and Coleen’s husbands found themselves dragged into the Wagatha Christie trial, with ex-England captain Wayne testifying he had an ‘awkward’ chat with Jamie to tell his wife Rebekah to ‘calm down’ during Euro 2016