Penny Mordaunt vented fury at ‘smears’ and ‘toxic politics’ today as she struggles to stop her PM bid being derailed by a backlash at her trans rights stance.

The trade minister angrily denied claims she wanted to bring in gender self-identification as she took to the airwaves ahead of the latest TV debate tonight. She said there were ‘a number of smears’ being peddled and her colleagues were ‘upset’ at the way rivals were conducting the contest.

The intervention came as Rishi Sunak took a thinly-veiled swipe at Liz Truss’s Remainer history by stressing he backed Brexit in 2016.

The former Chancellor moved to burnish his credentials by describing how he defied warnings that his career would be over to support Leave at the referendum, pledging that as PM he would scrap or overhaul all legacy EU laws.

While he did not mention Ms Truss by name, critics have been pointing out that the Foreign Secretary endorsed staying in the EU – even though she is now taking a tough line on Brussels.

With the next instalment of voting by MPs tomorrow, Mr Sunak looks set to go into the head-to-head run off ballot by Tory members, having topped the previous rounds. But there is a huge struggle for the other spot in the final contest.

Meanwhile, Ms Truss has been appealing for right-wingers to unite behind her – and Kemi Badenoch has also been putting in a strong showing. Ms Badenoch has been boosted by a ConservativeHome survey suggesting she is the favourite of activists.

Although foreign affairs committee chair Tom Tugendhat appears to have the least backing from MPs in the remaining field, he was seen as performing well in the first debate on Friday night. 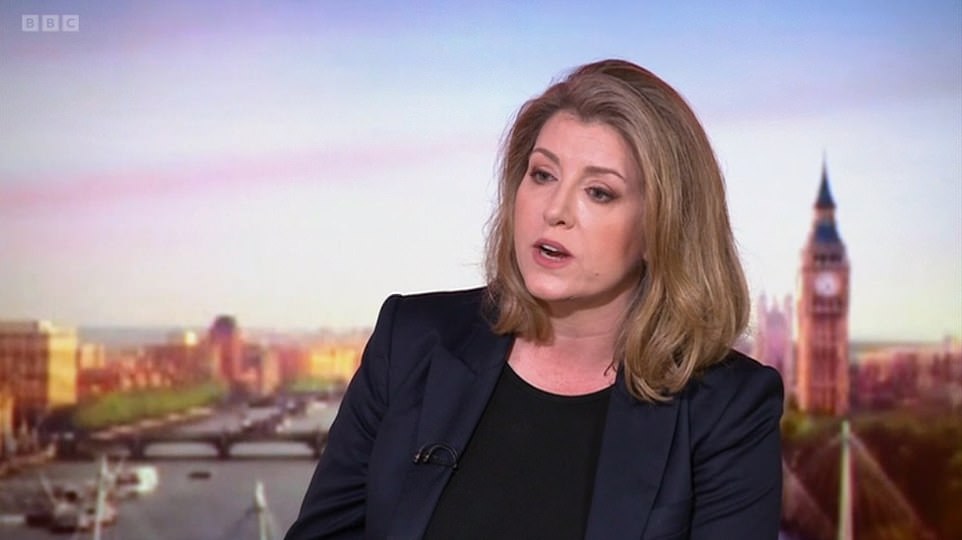 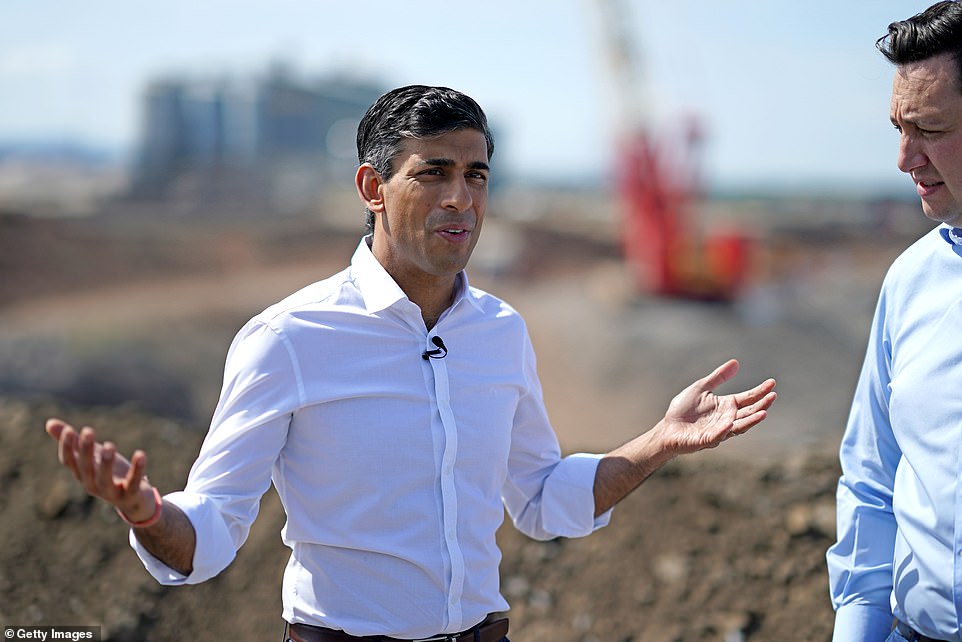 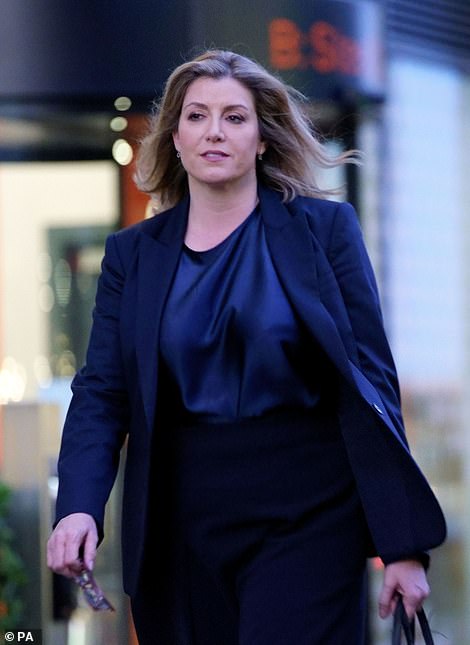 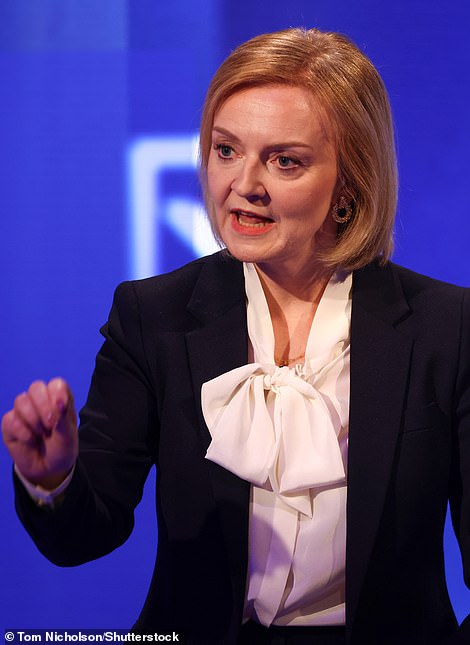 Trade minister Penny Mordaunt (left) has been amassing significant support in second place, but Liz Truss (right) has been appealing for right-wingers to unite behind her

HOW THE TORY LEADERSHIP RACE WILL BE FOUGHT

Contents hide
I. HOW THE TORY LEADERSHIP RACE WILL BE FOUGHT
II. Give This Article A Share:

Tomorrow – A third ballot of Tory MPs will be held which will see the candidate with the lowest number of votes eliminated.

Tuesday – More ballots will be held for the rest of the week until the list of contenders is whittled down to a final two.

21st July – MPs will head away from Westminster for their summer break, meaning this is the deadline for a final pairing to be decided in the parliamentary stage of the leadership election.

Late July and August – CCHQ will assume responsibility for leadership election and will send out ballot papers to around 200,000 Conservative Party members. The Tory grassroots will be asked to decide between the final two candidates, with hustings events to be held across the UK.

5th September –  The result of the membership ballot is announced, with the candidate receiving more than 50 per cent of the vote being declared the new Tory leader and Boris Johnson’s replacement as Prime Minister.

6th September – The new Tory leader is likely to be formally appointed as PM during a visit to the Queen at Buckingham Palace.

7th September – The new PM is set to be quizzed in the House of Commons in their first ever Prime Minister’s Questions.

Speaking on the BBC’s Sunday Morning programme, Ms Mordaunt denied reports that she had pushed through a policy to end the requirement for trans people to obtain a medical diagnosis of gender dysphoria before they could legally change gender when she was equalities minister in Theresa May’s government.

‘This has been rebutted many times. We all know what is going on. This is the type of toxic politics people want to get away from,’ she said.

‘We did a consultation. We asked healthcare professionals what they thought about the situation. That is the section I looked after. I managed that consultation. We didn’t actually on my shift produce a policy.

‘There is a number of smears going on in the papers. My colleagues are very angry and upset that this is how the leadership contest is being dragged down.’

In a fresh pitch to win over Brexiteers, Mr Sunak has promised to scrap hundreds of remaining EU laws and regulations if he wins the keys to No10.

He would appoint a Brexit minister to go through the 2,400 EU laws still on the statute book, and recommend which should be scrapped or overhauled within 100 days of Mr Sunak entering No 10.

In an article for the Sunday Telegraph, Mr Sunak stressed that he had always backed Brexit even though he had been warned it could damage his political career.

‘I was advised by people I respected not just that leaving the EU was a bad idea for Britain; they also warned me that backing Brexit would mean the end of my political career,’ Mr Sunak said.

‘I listened to the advice, took it seriously, and weighed my decision carefully. But none of it altered my conviction that Britain would be better of f outside the EU, unshackled from its low-growth, bureaucratic mindset.’

Mr Sunak said: ‘We need to capitalise on these opportunities by ditching the mass of unnecessary regulations and low-growth mentality we’ve inherited from the EU.

‘I have a plan, if elected prime minister, to have scrapped or reformed, by the time of the next election, all the EU law, red tape, and bureaucracy still on our statute book that is holding back our economy.

‘As prime minister, I would go further and faster in using the freedoms Brexit has given us to cut the mass of EU regulations and bureaucracy holding back our growth.

‘If we do this, we can get our economy growing quickly again and become the most prosperous country in Europe.’

The review would include an overhaul of the remaining EU financial services regulations with a view to triggering a ‘Big Bang 2.0’ for the City to enable it to maintain its status as a leading world financial centre.

The latest ConservativeHome poll shows Ms Badenoch on 31 per cent – with Ms Truss, Ms Mordaunt and Mr Sunak bunched together on around 20 per cent. Although the survey is not scientific it is closely watched by MPs and ministers.

Mr Sunak topped the first two rounds of voting by MPs, although he still remains short of the 120 votes needed to guarantee him a place in the final run-off ballot.

In an interview with the Sunday Telegraph, Ms Truss said she would seek to abolish ‘Stalinist’ housing targets – unpopular with some Tory MPs – if she was elected.

‘I want to abolish the top down Whitehall inspired Stalinist housing targets. I think that’s the wrong way to generate economic growth,’ she said.

‘The best way to generate economic growth is bottom up by creating those incentives for investment through the tax system, simplifying regulations.’ 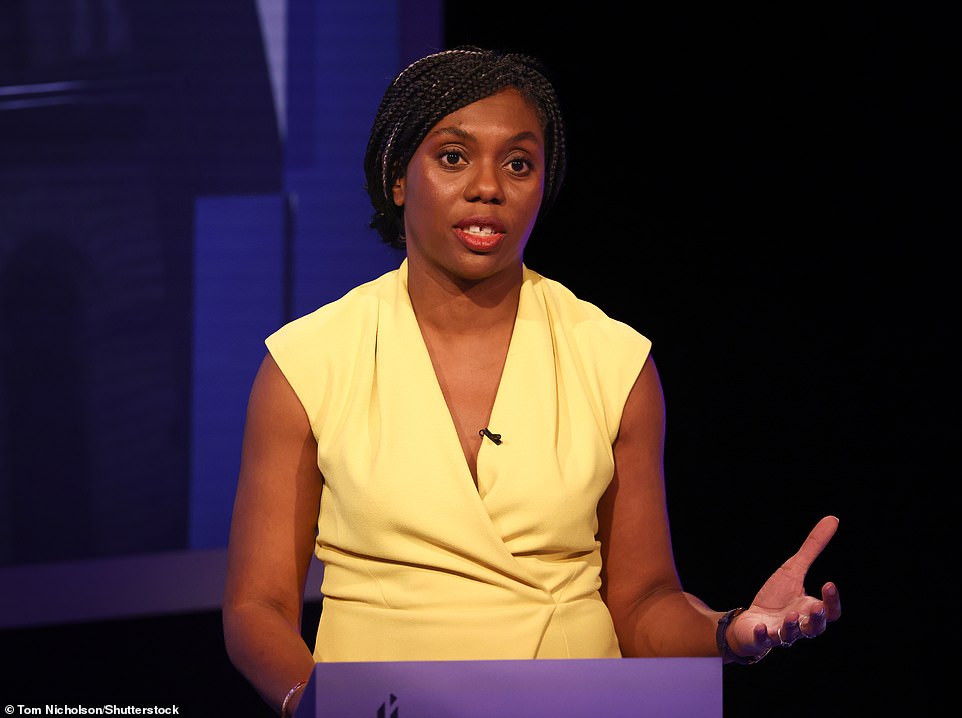 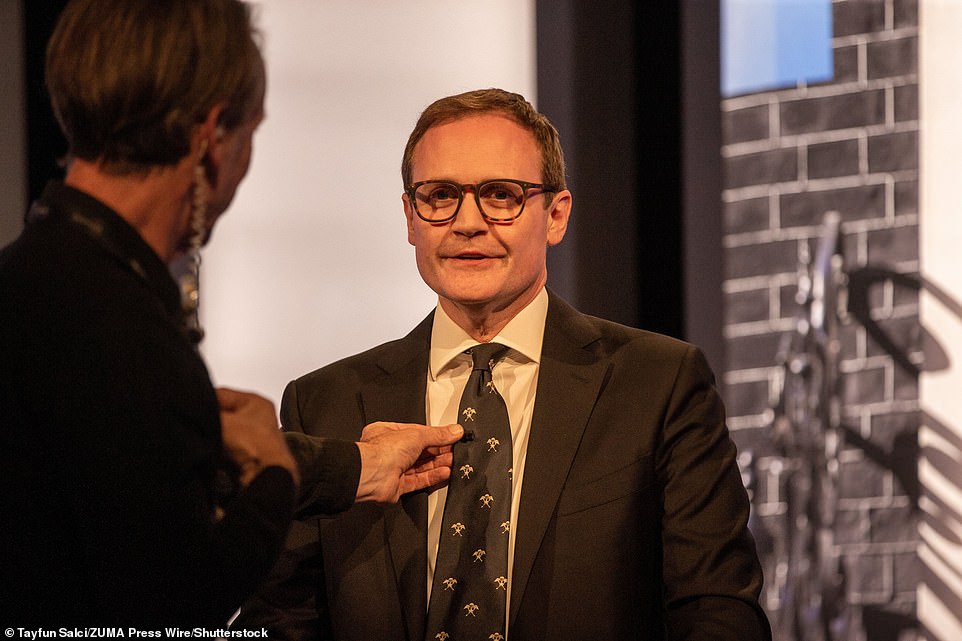 Foreign affairs committee chair Tom Tugendhat appears to have the least backing from MPs in the remaining field, but he was seen as performing well in the first debate on Friday night