A tech boss who claimed he was discussing a fictional character named ‘Ivana Humpalot’ when he was texting a female employee has been ordered to pay her £17,000.

Creative director Ala Uddin sent the crass message ‘I vanna humpalot’, a reference to the Russian hitwoman from Austin Powers: The Spy Who Shagged Me, to Sasha Sasheva just a month after she had started working for him.

A hearing was told the director later sent inappropriate text messages to Miss Sasheva in November 2020, asking: ‘Love… when are we going to f***?’.

He also called her ‘beautiful’, asked her to go to dinner with him for his birthday and suggested they spend the night together at his friend’s Essex home.

The new employee blocked his number and even had to move home after she spotted him ‘hanging around’ her flat.

However, Mr Uddin, 50, later claimed his message had simply referred to the Austin Powers character, played by Kristen Johnson, in the 1999 hit film.

Mr Uddin, 50, made the claim as he tried to overturn a tribunal ruling from earlier this year that he had been guilty of ‘a nasty and serious abuse of power’ and was ordered to pay Miss Sasheva £17,607.67 in compensation. 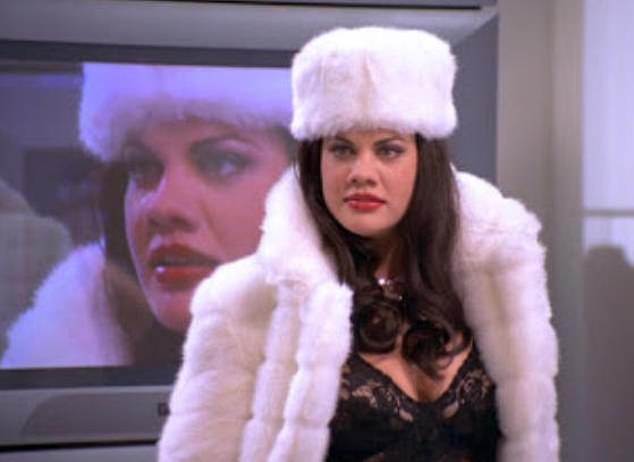 The character Ivana Humpalot played by Kristen Johnson was a Russian hit-woman hired by Dr. Evil in the 1999 film

The tribunal heard that Miss Sasheva started working for Mr Uddin’s software firm All Techmart UK in October 2020 as an administrator.

Miss Sasheva was the sole employee and while the two of them were in the office Mr Uddin stared at her ‘so much so it made her feel uncomfortable’.

Mr Uddin propositioned Ms Sasheva just a month into her time working for him during which he stared at her so much she began to feel uncomfortable.

When Ms Sasheva sued him for sexual harassment Mr Uddin claimed Miss Sasheva was the one pestering him.

The boss also said his text was a joke referencing the Austin Powers film The Spy Who Shagged Me, the second in the series.

The character Ivana Humpalot was a Russian hit-woman hired by Dr. Evil in the 1999 film.

She was known for wearing a white fur coat and black lace bodysuit but ended up in bed with Mike Myers’ comic spy.

Mr Uddin, 50, made the Austin Powers claim to try to overturn a tribunal ruling from earlier this year that he had been guilty of ‘a nasty and serious abuse of power’.

In a judgment published today, the east London panel dismissed his argument, confirming the original judgment would stand and ordered him to pay the compensation.

Ms Sasheva had to go to the lengths of blocking his number and moving home after she spotted him ‘hanging around’ her flat. 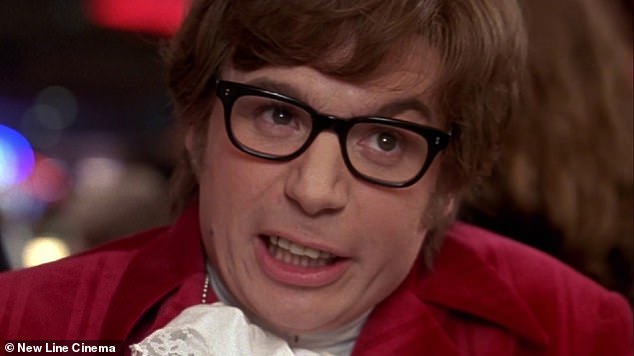 Miss Sasheva complained about the ‘horrible’ texts and told him: ‘Do not ever dare to talk to me like that’.

She told the tribunal that she ‘could not have felt more uncomfortable’ and was so scared she began to work from home more often.

In March 2021 he texted her asking if she was alone and Miss Sasheva then saw him ‘hanging around her flat’.

She said his behaviour alarmed her and made her fear for her own safety.

In the same month, Mr Uddin sent her another ‘obvious sexual proposition’ asking her if she wanted to spend the night with him so Miss Sasheva told him this was unacceptable harassment and for him to stop.

Despite her protest, her boss kept trying to call her numerous times until she had no choice but to block his number, the tribunal heard.

Miss Sasheva chose to resign after the second proposition, because she was ‘upset and angry’ by the harassment she had been a victim of. 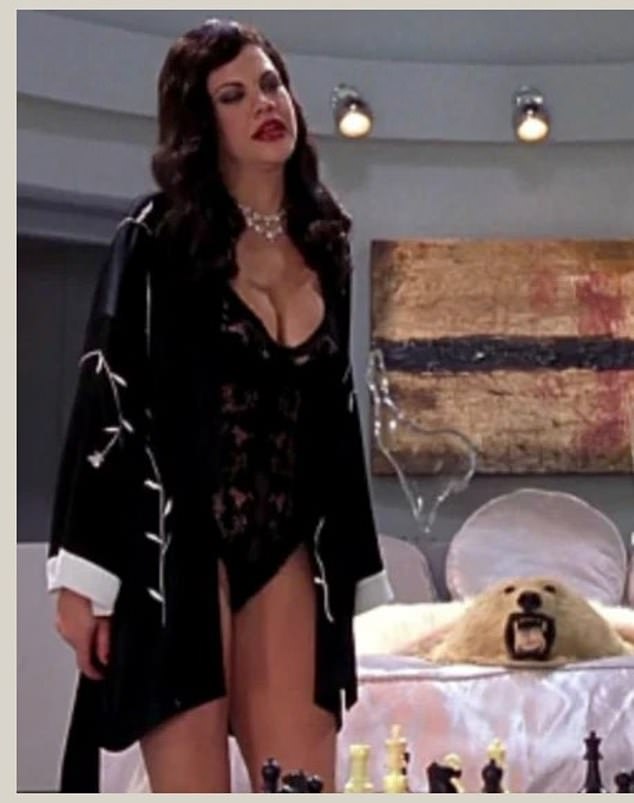 Techmart UK boss Mr Uddin, 50, claimed he was making an Austin Powers joke to try to overturn a tribunal ruling from earlier this year that he had been guilty of ‘a nasty and serious abuse of power’ but lost

The tribunal heard she felt so harassed by him that she reported the incident to the police.

However, Mr Uddin told the latest tribunal Miss Sasheva suggested they have sex on her first day of work and tried to kiss him on her last day.

He said she talked ‘dirty’ in the office and alleged her sexual harassment claim was a ‘money-making exercise’.

Employment Judge Sarah Moor said: ‘He contends the ‘I vanna humpalot’ comment was a reference to a character in the film Austin Powers and the Spy Who Shagged Me and effectively part of a joke because [Miss Sasheva] liked Donald Trump whose wife (he says) was called Ivana.

‘Mr Uddin’s evidence that [Miss Sasheva] made sexual advances towards him that he found harassing… seems implausible.

‘The lengthy to and fro texts… do not suggest that [she] had been herself making any sexual advance or using inappropriate sexual language or talking dirty.

‘To the contrary, she immediately objected to his advances, and avoided any comment on his remarks that she was beautiful etc. Nor did he say words to the effect – I don’t understand your objections now, it was you who started this.

‘The comments he made that he had sent flowers and that she was beautiful suggest clearly he was making advances and those comments are completely inconsistent with his defence that he felt harassed by her alleged earlier advances.’

Mr Uddin’s application for an extension so he could present a defence to the allegations was dismissed as the judge ruled it had no prospect of success.

She added: ‘It is clear from the evidence that it is Mr Uddin who sexually propositioned [Miss Sasheva], not the other way around.

The hit-woman character is employed by Dr. Evil in the films

‘It is also clear that there is no sense in which there is a shared sexual dialogue or jokey sexual talk: [she] immediately objected to his language and called it harassment.’

At the original tribunal, judge Moor said: ‘I have no doubt that at first the harassment made [Miss Sasheva] initially feel extremely uncomfortable, and nervous.

‘I have no doubt that by the time she resigned she was scared, extremely upset and angry. She had been forced to leave her job because of unlawful sexual harassment in the form of propositions from her boss and only other member of staff.

‘[She] has regularly had moments when she freezes because of anxiety. She calls these panic attacks and they have happened about three times a week since her resignation.

‘They are attributable, in my view, to the harassment…. [She] has had nightmares but these have eased.’