Contents hide
I. Shameless thieving neighbour who was caught on camera stealing fruit and vegetables from 86-year-old disabled man’s garden
I.I. Share or comment on this article:
I.II. Give This Article A Share:

This is the moment a shameless thief who has been systematically snatching fruit and veg from a disabled pensioner’s garden is caught red-handed.

The disabled pensioner had put it down to the hot weather – before a public-spirited neighbour spotted a woman enter the Poole, Dorset garden and run off with tomatoes.

They managed to take a photo of the middle-aged woman leaving, holding broken-off vines laden with green tomatoes in both hands.

And judging by photos of her food posted on Facebook, it would appear the woman has been using her ill-gotten gains to make delicious-looking salads. 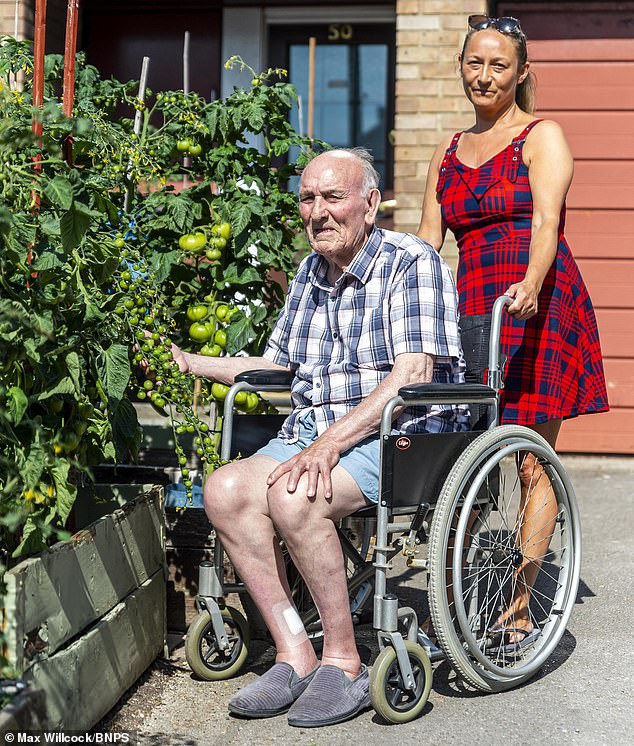 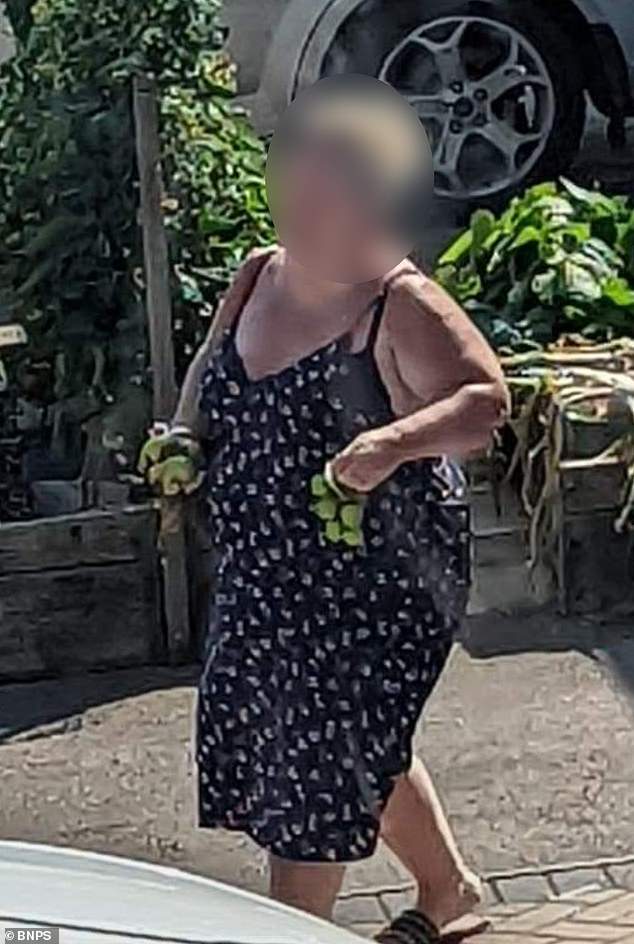 Mr Nippard and daughter Derri-Anne Beck reckon that the green-fingered thief has helped herself to several kilos’ worth of their tomatoes.

This also makes them think that she is responsible for the recent theft of approximately 40 red onions they had laid out of a rack to dry in the sun.

Mrs Beck, 52, posted the photograph on social media in the hope it might shame the culprit into stopping.

She received numerous private messages back from people who gave the same name for the prime suspect.

Mrs Beck said there is little point in going to the police and is appealing directly to the woman to stop. 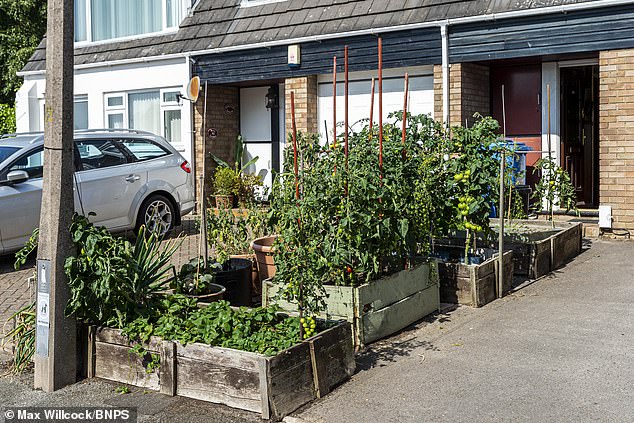 She said: ‘She has decimated about half of the tomatoes and taken about 40 red onions.

‘My father grows all the seedlings on his windowsills and I help him plant them out in raised beds and maintain them and harvest them.

‘He has been doing it for years.

‘Then about two weeks ago I looked at the tomato plants and thought ‘there aren’t as many on there as there should be.’

‘But I just put it down to the heat. 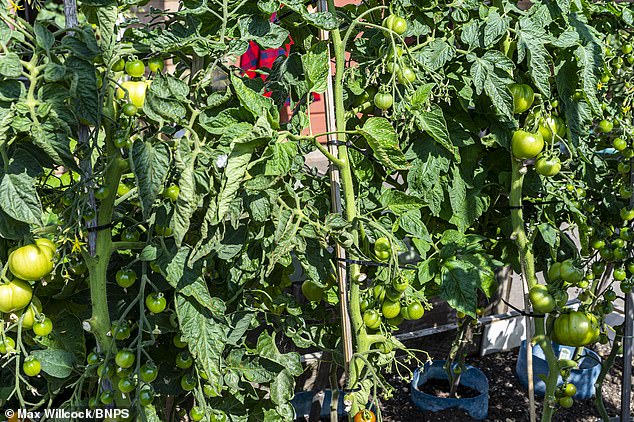 The gorgeous front garden allotment is home to potatoes, tomatoes, onions and strawberries

‘Then a neighbour came round and explained she had taken a photo on her mobile phone from out of her window of a woman who was stealing our tomatoes.

‘You can clearly see this woman walking off out our garden with each hand full of green tomatoes.

‘We have had quite a few people provide the same name of the person in the photo. It is quite obvious that it is her. I am sure she has been taking them for weeks.

‘On her Facebook page there are several photos of some side salads she has made with main meals and you wonder ‘are they our tomatoes?’

‘The police won’t do anything. It is just irritating. We spend a lot of time and effort to grow our fruit and veg and people think they can just help themselves.’