Holidaymakers and hauliers have been warned of a third day of traffic chaos at Dover with huge queues of cars pictured waiting to reach border checks this morning.

Tens of thousands of exasperated families endured seven-hour delays trying to enter the port yesterday, with reports of some sleeping in their vehicles on the roadside overnight.

Extra post-Brexit border checks and French authorities’ understaffing of checkpoints in Dover have been blamed for the hold-ups.

The fiasco began early on Friday when French border officials operated just six of their 12 booths at the port.

All of the booths were manned yesterday, but significant delays remained in trying to reach border checks at the Kent port.

There were hopes the situation would improve today, with the port claiming that traffic was once again ‘flowing normally’ in the early hours.

But the Kent Resilience Forum, which is responsible for coordinating the county’s response and recovery to emergencies, has warned that Sunday will remain another day filled with disruption and delays.

An anti-Brexit French police chief has been blamed for the mayhem as a cross-Channel row over fault enrages.

Fernand Gontier, 62, director general of France’s PAF Border Police, is accused of being responsible for there not having been enough French officers at Dover to help process checks on Friday. 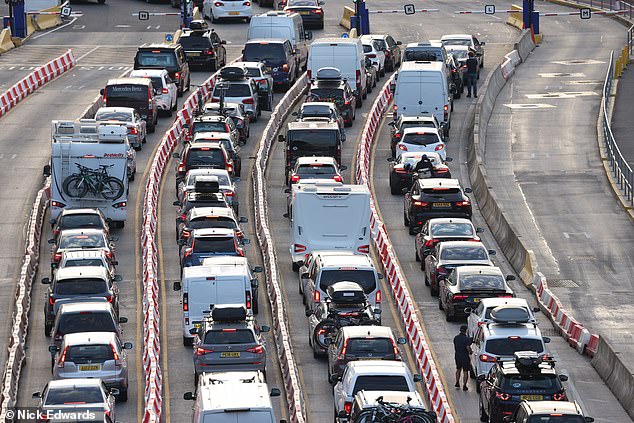 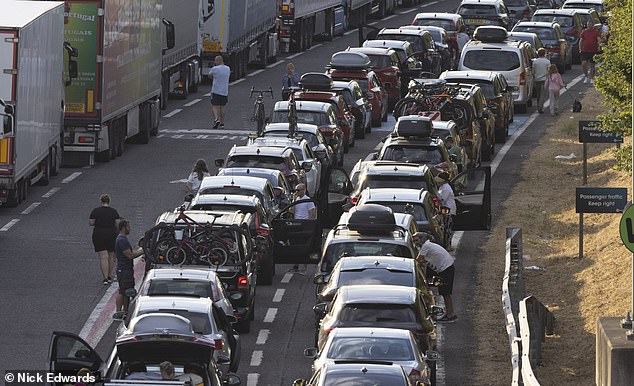 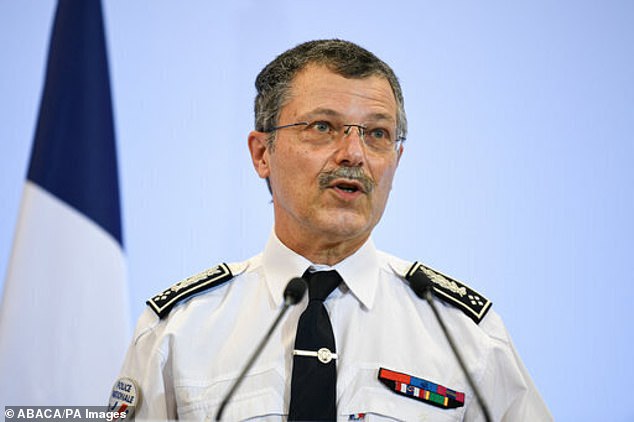 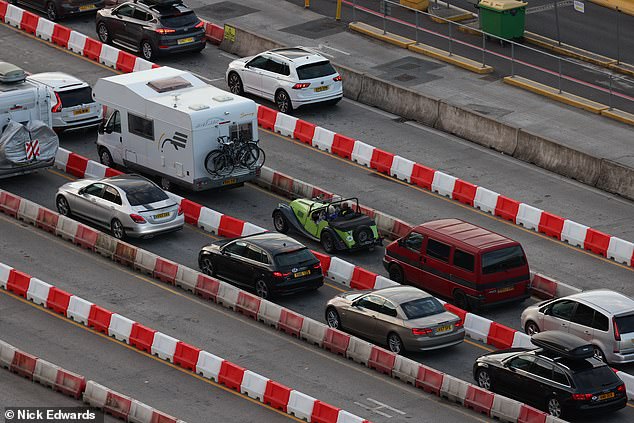 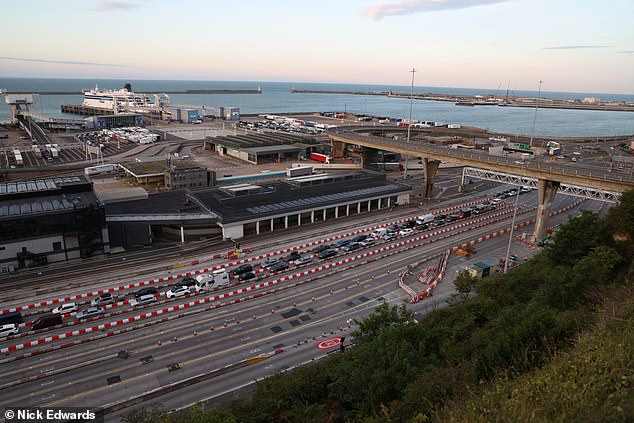 There were hopes the situation would improve today, with the port claiming that traffic was once again ‘flowing normally’ in the early hours 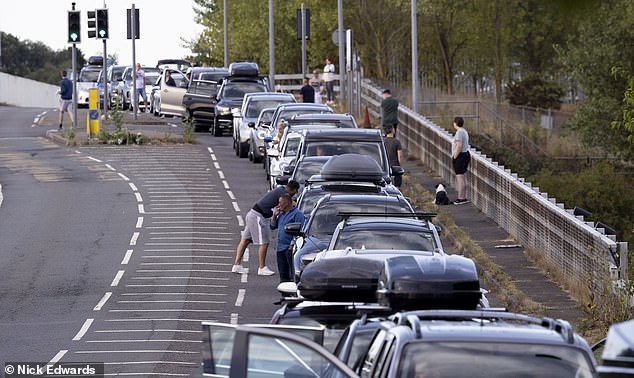 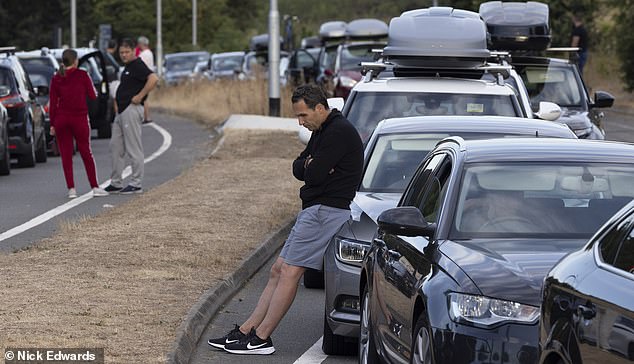 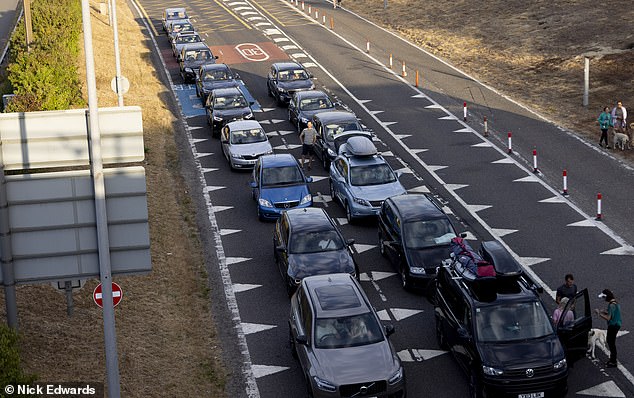 As few as just six of 12 passport check booths were manned on Friday.

Dover MP Natalie Elphicke hit out at Mr Gontier, claiming he has ‘questions tp answer’ over the delays.

She said: ‘First, the French don’t turn up to work, then they refuse to apologise for ruining Brits’ well-deserved holidays.

‘No wonder people are asking whether this is yet more anti-British behaviour from the French to punish us for leaving the EU.

‘I’m really disappointed by Mr Gontier. How was this allowed to happen? ‘He’s responsible as the chief. He has questions to answer.’

A Port of Dover source also told The Sun: ‘It’s clear Mr Gontier is not a fan of Brexit.

‘It feels that them not opening at full capacity on Friday has caused a backlog still being seen today.’

And Foreign Secretary and Tory leadership hopeful Liz Truss also said disruption was the fault of French authorities when asked if Brexit was the reason for the transport chaos.

Speaking at a campaign visit in Kent yesterday, she said: ‘This is a situation that has been caused by a lack of resource at the border.

The Foreign, Commonwealth & Development Office later tweeted a statement from Ms Truss announcing that she had spoken to French foreign minister Catherine Colonna.

She said: ‘I was clear the French authorities have not put enough people on the border and we need to see action from then to resolve the terrible situation which travellers, including families, are facing.’

The message came after a tweet from Ms Colonna, who stated the pair had a ‘good talk’.

Ms Colonna added: ‘We welcomed the cooperation between our competent technical services to reduce the delays. Need also to improve the facilities of the port of Dover.’

But French politician Pierre-Henri Dumont, Republican MP for Calais, blamed delays on the UK’s exit from the EU, telling BBC News it was ‘an aftermath of Brexit’ with more checks needed and claiming the Dover port is ‘too small’ with too few kiosks due to lack of space. 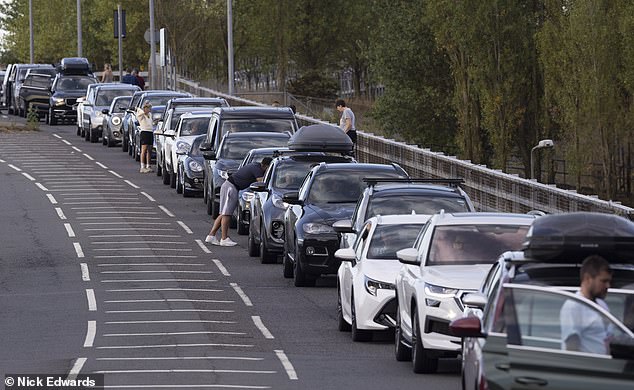 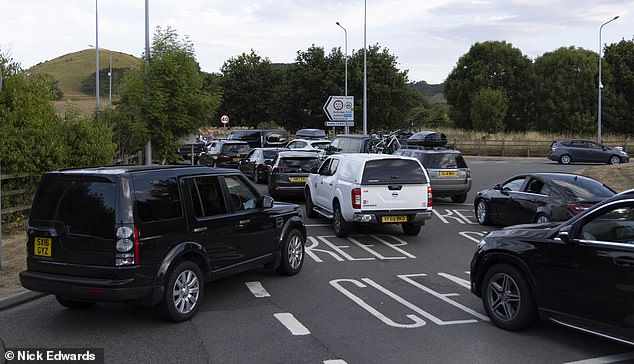 Long queues around the entrance to the Eurotunnel in Folkestone, Kent, where similar delays have plagued travellers 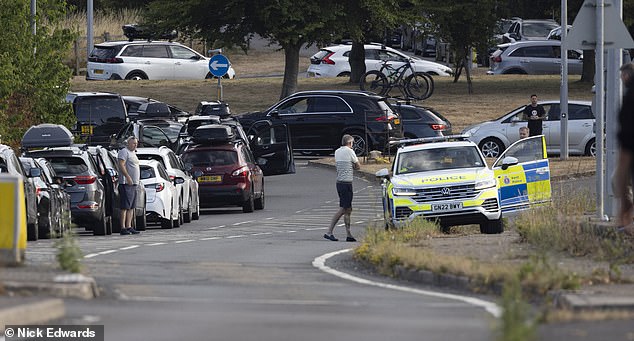 Earlier, Port of Dover chief executive Doug Bannister said it was ‘immensely frustrating’ to be ‘let down’ by poor resourcing at the French border, adding that there will be ‘increased transaction times’ at the border due to extra checks needed.

He later said he welcomed the ‘commitment shown by both French and UK authorities to resolve the issue’, and added the required staffing levels must be maintained for the rest of the summer.

She said: ‘As I say, the cause was that lack of resource yesterday but also, of course, it takes a lot longer to process through traffic than it used to.

‘You used to, prior to Brexit, just wave your passport and they may or may not be looked at but now every one is checked and stamped.’

Port officials and staff at the Eurotunnel in nearby Folkestone also worked through the night to try and clear a backlog of 1,500 lorries that were forced to park on the side of the M20.

The government has considered tit-for-tat measures against EU passport holders entering the UK by delaying them with ‘wet stamping’, while British citizens would face less stringent measures.

But a decision on the proposal has been delayed after civil servants recommended that such measure be withheld until the new Prime Minister begins their post.

The more rigorous post-Brexit passport checks have caused the average time for a car to be processed at a booth by French officials to nearly triple from around 25-30 seconds up to between 70 seconds and three minutes, Mr Bannister has said.

It comes after Britain’s road network came under intense pressure yesterday, with 18.8 million journeys made in the biggest summer getaway in eight years.

Nikki Allford, 31, and her three daughters aged five, eight and 12, left their home in Hertfordshire at 11.30pm on Friday for a trip to Disneyland Paris. They got stuck in traffic in Kent at 2.30am and did not board a Channel Tunnel train until 11.15am.

‘It’s a bit of a free-for-all now as there are so many delays there is no real way of tracking who’s getting on what train,’ she told The Mail on Sunday as they drove on to the train. ‘This is our first holiday since pre-Covid, so we are desperate to get there.’

Rea Pope, a science teacher from Reigate, Surrey, was stranded in the queue outside Eurotunnel’s terminal in Folkestone for more than six hours – with traffic taking 90 minutes to crawl just 100 yards. ‘We arrived in the traffic one mile away at 5am and we are still stuck in it,’ she wrote on Twitter just before 11am.

Caroline Lynsey left her home in Cambridge at 3am but did not reach the passport booths at the Eurotunnel terminal until around midday – nine hours later. She estimated it had taken seven hours to travel just three miles.

‘Seriously, don’t bother coming near here today, change your tickets,’ she wrote in a post on Facebook.