Tony Hetherington is Financial Mail on Sunday’s ace investigator, fighting readers corners, revealing the truth that lies behind closed doors and winning victories for those who have been left out-of-pocket. Find out how to contact him below.

Ms J.T. writes: In April, I was on holiday in Tenerife with my partner when he suffered a massive heart attack and died. After getting myself back home, I needed to bring him home so I contacted his bank, NatWest, as his account included travel insurance.

I supplied his death certificate, but a month later I checked his emails and there were endless messages from NatWest, asking him to get in touch about his claim.

I emailed and called, reminding the bank that the claim was for the £3,000-plus cost of bringing his body back, and unfortunately the dead body could not contact them. 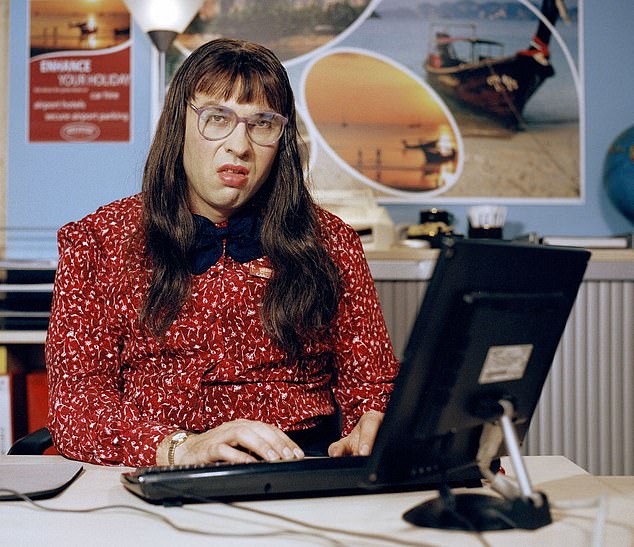 Tony Hetherington replies: You might think that you had gone far enough by reminding them, but no.

Letters began to arrive from NatWest, all addressed to your dead partner, asking him to make contact. You gave me one that was sent to him in June, saying: ‘We’ve tried to contact you as we need some information to progress your claim. Please give us a call.’

Tried to contact you! For heaven’s sake – what were they using? A medium? A ouija board?

You called the bank again and again, and eventually you said you wanted to make an official complaint. The result? Another letter urging your late partner to get in touch!

All this was from the travel insurance side of the business. Meanwhile, NatWest’s banking operation was fine. It closed your partner’s account and sent you the balance as you are the executor of his estate.

The closest you got to an explanation was in one of your many phone calls to NatWest.

When you explained once more that there was no point in asking a dead man to give them a call, the speaker told you that emails and letters were automatically generated and ‘the computer settings could not be altered’.

You told me that the whole episode was a macabre version of the Little Britain sketch, with you insisting that your partner was dead and could not give them a ring, and NatWest insisting: ‘Computer says no!’

When I contacted them, officials at NatWest’s head office were mortified. You very quickly received a call from the chief executive’s office, apologising repeatedly.

Apart from meeting the insurance claim for £3,476 in undertakers’ fees and transport costs, the bank said it would pay £400 into your account to settle your complaint.

This missed the point though. Your complaint was never about compensation. What was offensive and distressing was what you described to me as ‘the brick wall’ of trying to deal with NatWest staff who ignored common sense in favour of software stupidity that meant they never had to make a real decision and could blame their computer for everything.

What you really wanted was changes within NatWest and an assurance that the same thing could not happen to someone else in the future.

I can now give you this. The bank has told me from a high level: ‘We sincerely apologise to our customer. We made a number of mistakes and incorrect information was given at a very distressing time.

‘This absolutely cannot happen again and we have taken steps to ensure that proper care and attention is given in the future.’ 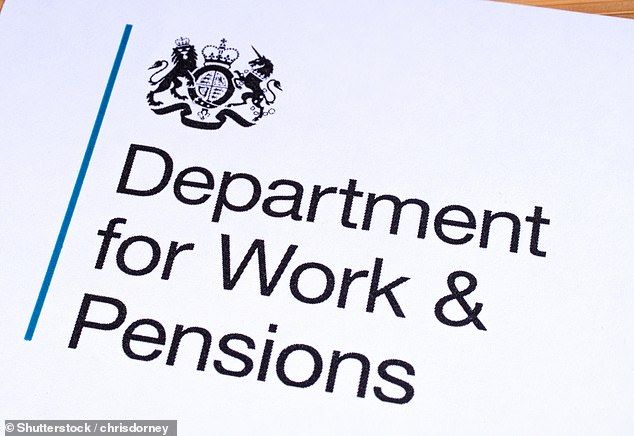 The Department for Work & Pensions has written to say that Ms A.L.’s father’s estate owes about £12,000 in ‘overpaid benefits’

My dad with dementia in £12k benefits riddle

Contents hide
I. My dad with dementia in £12k benefits riddle
I.I. We’re watching you
I.II. Give This Article A Share:

Ms A.L. writes: My father had dementia for ten years and was in a care home for the last six or seven years until he passed away last December.

The Department for Work & Pensions has written to say that my father’s estate owes about £12,000 in ‘overpaid benefits’, but I believe he only ever received about £6,000 in total for personal items such as toiletries.

I tried to make contact, but after six letters and numerous phone calls being transferred from one team to another, I have still had no response.

Tony Hetherington replies: I asked officials at the DWP to look back through their records and see where the payments had gone and why they were not justified. I am afraid the answer is rather sad.

One official told me: ‘When Mr N moved into his care home, he was no longer eligible for some aspects of Employment Support Allowance (ESA) and Disability Living Allowance (DLA), given the support being provided by the home.

‘Unfortunately, we were not informed of his move so the payments continued.’

In particular, the ESA payments were actually to cover your father’s mortgage interest as long as he was living in his own property.

The DLA payments of more than £4,000 have been written off, and the £6,858 being claimed is money that went towards the mortgage on your father’s home.

Another member of your family held a Lasting Power of Attorney, but failed to keep the DWP informed, so payments to the mortgage lender carried on being made.

Sometimes, justice takes a long time to catch up with an offender, but it does so in the end. Last Wednesday, four fraudsters were sentenced after their conviction at Southwark Crown Court in London for their part in a property investment scam that raked in more than £13million from more than 800 investors.

Essex and London Properties Limited told investors their money would buy houses on the route of the Crossrail scheme, which would spark a rise in their value. Meanwhile, the company would pay investors a fixed eight per cent a year. In fact, the crooks bought just one property, a house in Harwich priced at £147,000. Investigators from Essex Police found the four personally pocketed almost £1.5million between 2015 when the scam began and 2018 when it collapsed.

Ringleaders Mohammad Tanveer and Florian Pierini were sentenced to five years’ imprisonment, and Mohommed Hussain to four and a half years.

Jeffrey Razaq, 61, from Lowestoft, was sentenced to 12 months in jail, suspended for 12 months, and 200 hours of unpaid work, after being convicted of conspiracy and money laundering. Prosecutors told the court Razaq received over £110,000 ‘for which no legitimate explanation was provided’.

I warned in 2013 that Razaq, a financial adviser, was the sole director of MH Carbon Limited, a major scam investment company that took in more than £18million from victims who believed claims that trading in carbon credits was hugely profitable.

His penalty for this was a 14-year ban on acting as a company director, a ban that ends in 2029, but which clearly did not stop him from making more money from more victims.

If you believe you are the victim of financial wrongdoing, write to Tony Hetherington at Financial Mail, 2 Derry Street, London W8 5TS or email tony.hetherington@mailonsunday.co.uk. Because of the high volume of enquiries, personal replies cannot be given. Please send only copies of original documents, which we regret cannot be returned.

Some links in this article may be affiliate links. If you click on them we may earn a small commission. That helps us fund This Is Money, and keep it free to use. We do not write articles to promote products. We do not allow any commercial relationship to affect our editorial independence.