The suit filed on Tuesday in Delaware chancery court seeks a ruling that would order Musk to complete the merger at the agreed price of $54.20 per Twitter share, according to a court filing.

‘Having mounted a public spectacle to put Twitter in play, and having proposed and then signed a seller-friendly merger agreement, Musk apparently believes that he – unlike every other party subject to Delaware contract law – is free to change his mind, trash the company, disrupt its operations, destroy stockholder value, and walk away,’ said the lawsuit.

On Friday, Musk said he was terminating the deal because Twitter violated the agreement by failing to respond to requests for information regarding fake or spam accounts on the platforms, which is fundamental to its business performance. 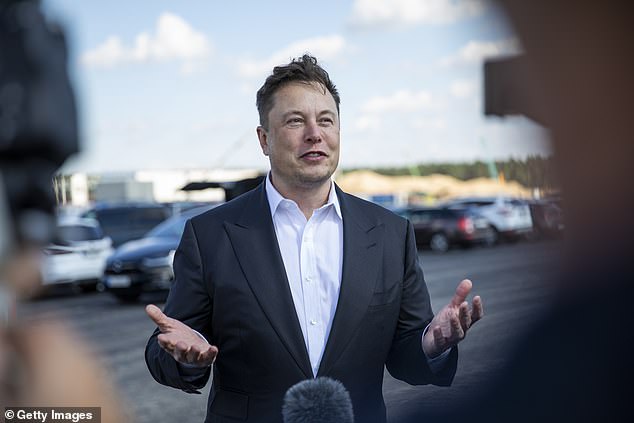 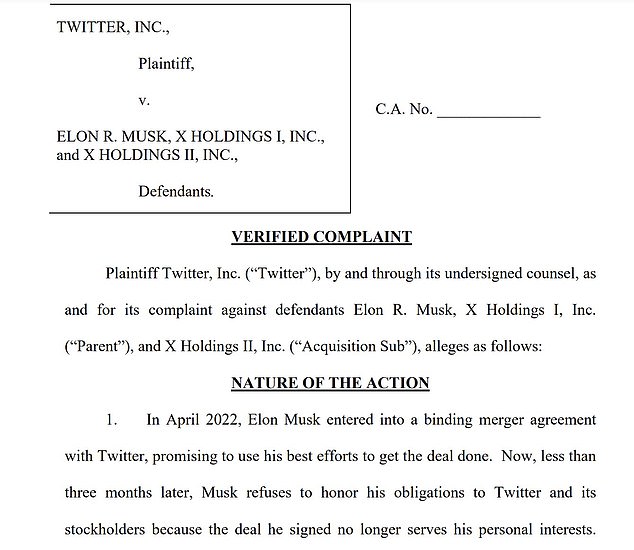 Twitter filed the lawsuit (above) on Tuesday in Delaware chancery court

‘We have also filed a motion for an expedited trial alongside the complaint, asking for the case to be heard in September, as it is critically important for this matter to be resolved quickly,’ Edgett wrote in the memo, according to the New York Times.

‘At this point we anticipate the next step in the process will be for the court to set a schedule for the case,’ he added.

The lawsuit was a widely anticipated step after Musk last week announced his intent to pull out of the April 25 merger agreement, which specified penalties for backing out of the deal.

Those penalties included a $1 billion breakup fee, as well as the ability for the parties to enforce the contract in court, which Twitter officials had previously vowed to do. 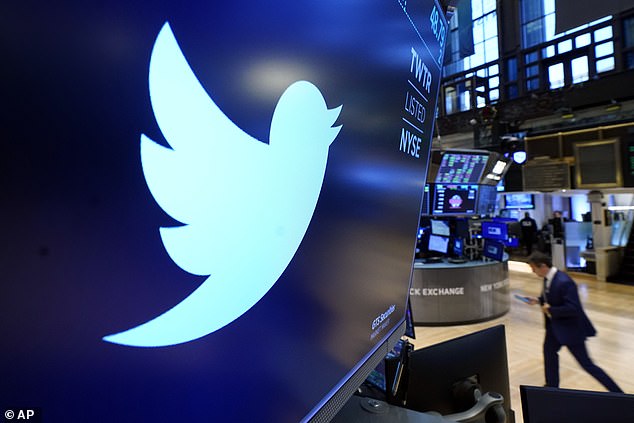 Musk argues that Twitter has broken its contractual obligations by failing to disclose key information about fake accounts on the platform.

But it’s unclear whether the courts will be sympathetic to his argument. It the past, Delaware courts have forced prospective buyers to follow through on signed merger agreements, though the facts differ in each case.

For example, in 2020, Tiffany & Co sued Louis Vuitton maker LVHM when the luxury retailer attempted to back out of a deal to acquire the jewelry maker.

The litigation was settled out of court when LVHM agreed to complete the takeover of Tiffany at a slightly reduced price.

Twitter’s lawsuit will be heard in Delaware chancery court, as both Twitter and the company Musk is using to complete the merger are officially incorporated in Delaware.

Musk, who is the chief executive officer of electric vehicle maker Tesla, did not immediately respond to a request for comment.

The lawsuit accused Musk of ‘a long list’ of violations of the merger agreement that ‘have cast a pall over Twitter and its business.’

Shares of the social media platform closed at $34.06 on Tuesday, sharply below the levels above $50 where it traded when the deal was accepted by Twitter’s board in late April. 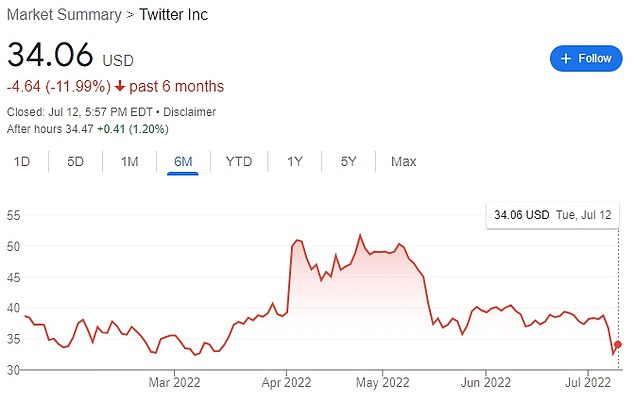 Shares of Twitter closed at $34.06 on Tuesday, sharply below the levels above $50 where it traded when the deal was accepted by Twitter’s board

Musk said he was terminating the merger because of the lack of information about spam accounts and inaccurate representations that he said amounted to a ‘material adverse event.’

He also said executive departures amounted to a failure to conduct business in the ordinary course, as Twitter was obligated to do.

Twitter said it negotiated to remove from the merger agreement language that would have made such firings a violation of ordinary course requirement.

Twitter called the reasons cited by Musk a ‘pretext’ that lacked merit and said his decision to walk away had more to do with a decline in the stock market, particularly for tech stocks.

Tesla’s stock, the main source of Musk’s fortune, has lost 30 percent of its value since the deal was announced and closed on Tuesday at $699.21.

Legal experts have said that from the information that is public Twitter would appear to have the upper hand because of the way Musk negotiated the deal, declining to do traditional pre-merger diligence.