Two Americans have been killed while fighting against Russia in Ukraine.

Officials confirmed to ABC News two US citizens have died in the ‘Donbas region of Ukraine.’

Their identities have not been released ‘out of respect to the families’, and no further details on the circumstances surrounding their deaths have been shared.

‘We are in touch with the families and providing all possible consular assistance,’ officials told ABC News.

At least two other Americans have died fighting for Ukraine, while a further two known to be in Russian captivity and face possible execution. 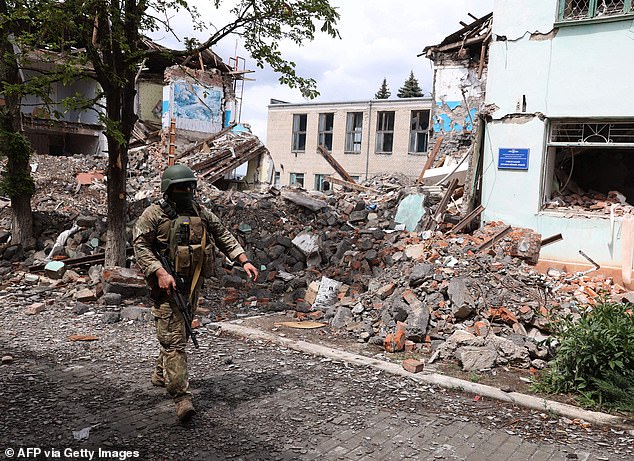 Stephen Zabielski, 52, was killed in May after stepping on a landmine in Dorozhnyanka, Zaporizhzhia Oblast.

The father-of-five accidentally stepped on a tripwire while traversing thick vegetation in foggy conditions. He was working on a mine-clearing mission at the time.

A friend on Facebook said at the time that Zabielski had experience in the US Army, which appealed to young Ukrainian fighters.

‘He feared he wouldn’t be accepted given our age – but his experience got him the exception. Despite our age, we both knew we had a duty given our beliefs. 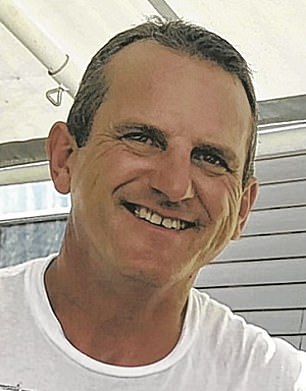 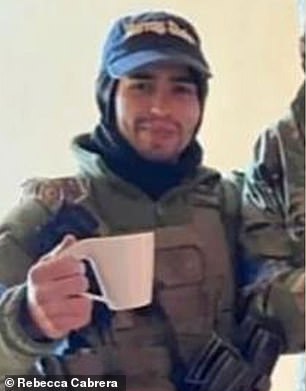 ‘Steve remained in Ukraine and gave his life for Ukraine’s freedom. He was killed by a landmine. He was the child of Polish-Americans, so he knew and understood sacrifice.’

His death comes after that of US Marine Corps veteran Willy Joseph Cancel, 22, who was killed in April. How he died remains unknown.

Cancel was hired through a private military contracting company.

There are also currently two Americans being held captive by Russians: Alexander Drueke, 39, and Andy Huynh, 27, both of Alabama. 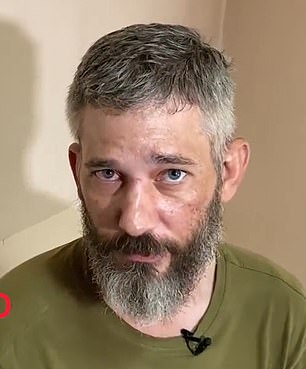 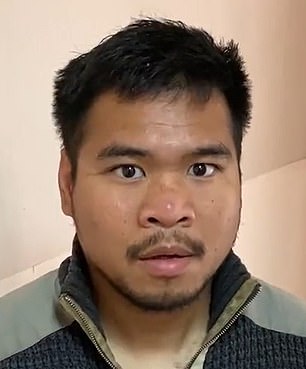 Two other Americans Alexander Drueke, 39, and Andy Huynh, 27, both of Alabama, are also being held captive by Russian forces

They were captured by Russian forces on June 11 when they didn’t return to a meeting spot after their group came under heavy fire in the Kharkiv region of northeastern Ukraine near the Russian border.

The two soldiers have appeared in various videos distributed by Russia since their capture. Previously, the men have appeared frightened, but look calmer in the latest video.

Drueke and Huynh traveled separately to help Ukraine, but became friends there in part because of their shared Alabama background, relatives have said.

The US State Department said it was looking into reports that Russian or Russian-backed separatist forces in Ukraine had captured at least two American citizens. If confirmed, they would be the first Americans fighting for Ukraine known to have been captured since the war began February 24.

Drueke’s mother, Lois ‘Bunny’ Drueke, of Tuscaloosa, Alabama spoke to her son on the phone last month for 10 minutes. Bunny said she believes parts of the conversation did not seem to be coming directly from him.

‘It was obvious that there were two things going on,’ she told Good Morning America (GMA). ‘One, I could tell when he was telling me something scripted. And the other things he was saying was just the regular conversation, just ordinary conversations that mothers really treasure.’

Previously, Drueke, a US Army veteran, and Huynh, a former US Marine, were warned by the Kremlin they faced possible execution for being what Putin’s government branded ‘soldiers of fortune.’

The Kremlin said the men were not eligible for the rights afforded to prisoners of war captured by rivals, because they hadn’t enlisted for the foreign army they were fighting with.