Seaside parties might not be the wave … at least not in Hawaii right now, where crazy high tides completely destroyed a wedding reception.

It all went down over the weekend, on the west coast of Hawaii’s Big Island at the Hulihe’e Palace in Kailua-Kona … when a couple set out to have a beautiful beachside reception.  And, some guests caught the whole thing on camera.

As you can see, the waves were so fierce, they wrecked the entire wedding party in a matter of seconds … toppling the nice set-up of tables and chairs.

According to local news reports, the waves were so big they were going over 2 story buildings! 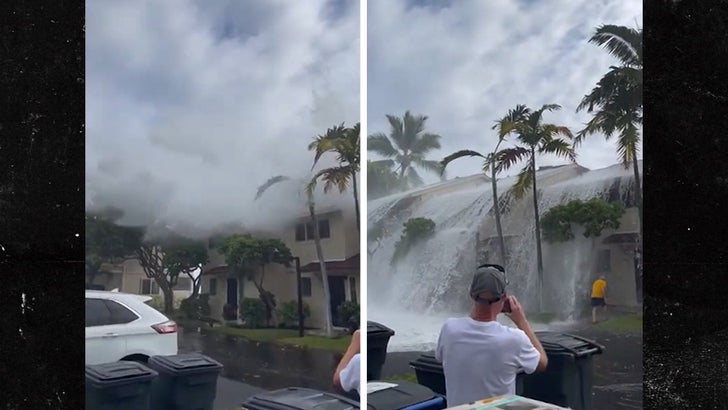 At first, it appears the guests were unaware of just how big the waves were as they watched on. Eventually, they scramble … unable to stop the waves from destroying everything.

Luckily though, no one got hurt and they were able to turn things around for the better. The wedding cake even weathered the storm!

The bride told KHON2 news, “We didn’t have our dance floor, but nobody seemed to mind, at the end of the night we were all like dancing in the mud and it was amazing”.