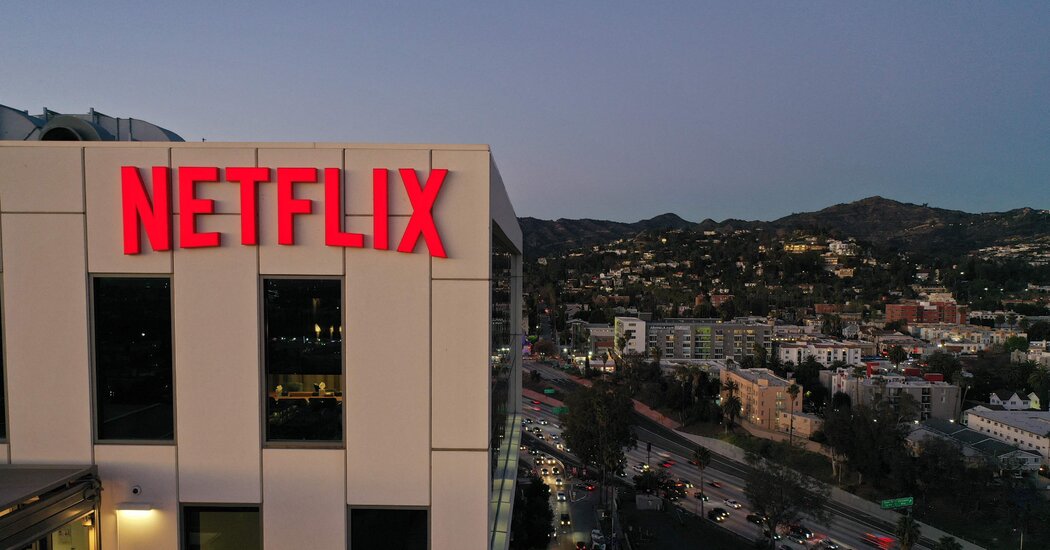 Big Tech Is Getting Clobbered on Wall Street. It’s a Good Time for Them.

Even Among Corporate Raiders, Elon Musk Is a Pirate

Facebook Has Been Monetizing Searches for the Buffalo Shooting Video


Netflix could introduce its lower-priced ad-supported tier by the end of the year, a more accelerated timeline than originally indicated, the company told employees in a recent note.

In the note, Netflix executives said they were aiming to introduce the ad tier in the final three months of the year, said two people who shared details of the communication on the condition of anonymity to describe internal company discussions. The note also said Netflix planned to begin cracking down on password sharing among its subscriber base around the same time, the people said.

Last month, Netflix stunned the media industry and Madison Avenue when it revealed that it would begin offering a lower-priced subscription featuring ads, after years of publicly stating that commercials would never be seen on the streaming platform.

But Netflix is facing significant business challenges. In announcing first-quarter earnings last month, Netflix said it lost 200,000 subscribers in the first three months of the year — the first time that has happened in a decade — and expected to lose two million more in the months to come. Since the subscriber announcement, Netflix’s share price has dropped sharply, wiping away roughly $70 billion in the company’s market capitalization.

Reed Hastings, Netflix’s co-chief executive, told investors that the company would examine the possibility of introducing an advertising-supported platform and that it would try to “figure it out over the next year or two.”

The Race to Rule Streaming TV

The recent note to staff signaled that the timeline has sped up.

“Yes, it’s fast and ambitious and it will require some trade-offs,” the note said.

Netflix offers a variety of payment tiers for streaming access; its most popular plan costs $15.49 a month. The new ad-supported tier will cost less. Other streaming services have similar plans. HBO Max, for instance, offers a commercial-free service for $15 a month, and charges $10 a month for the service with advertising.

Indeed, in the note to employees, Netflix executives invoked their competitors, saying HBO and Hulu have been able to “maintain strong brands while offering an ad-supported service.”

“Every major streaming company excluding Apple has or has announced an ad-supported service,” the note said. “For good reason, people want lower-priced options.”

Netflix has discussed its interest in building out an advertising infrastructure externally as well, including with a company called The Trade Desk, which helps advertisers place ads on various internet-enabled platforms, said a person familiar with the discussions who spoke on condition of anonymity in order to describe them. The Trade Desk counts David Wells, the former chief financial officer of Netflix, as a board member, and has been in touch with Netflix for years, this person said, but discussions ramped up recently, after Netflix said publicly that it would create an advertising tier.

Last month, Netflix also announced that it intended to begin charging higher prices to subscribers who shared their account with several people.

“So if you’ve got a sister, let’s say, that’s living in a different city — you want to share Netflix with her, that’s great,” Greg Peters, Netflix’s chief operating officer, said on the company’s earnings call. “We’re not trying to shut down that sharing, but we’re going to ask you to pay a bit more to be able to share with her.”

Mr. Peters said the company would go “through a year or so of iterating” on password sharing before it rolled out a plan.

In the note to employees, Netflix executives said the advertising-supported tier would be introduced “in tandem with our broader plans to charge for sharing.”